How to make a cardboard-box rocket ship. 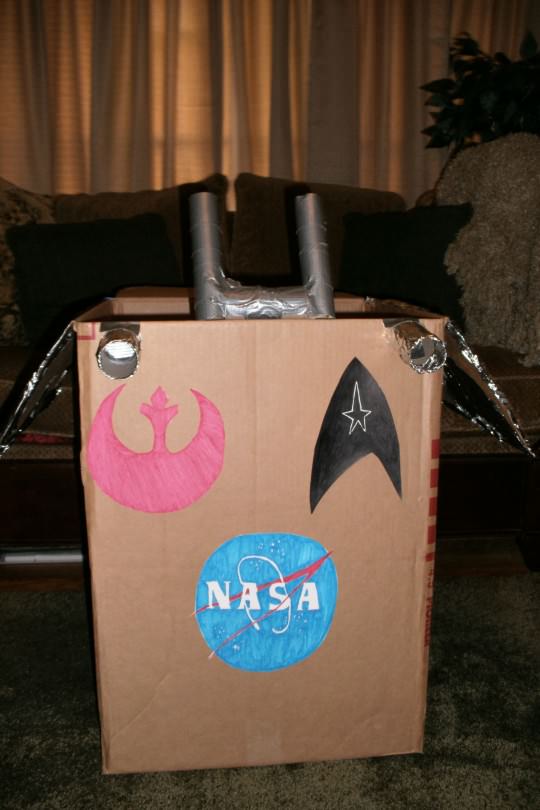 When I was in elementary school, I loved space—specifically Pluto. I watched Star Trek: The Next Generation every weeknight. My idol was Sally Ride—the first American woman in space. I ate freeze-dried space ice cream and I went to the planetarium at least once a month. At nine years old, I’d made up my mind: I was going to be an astronaut. But then someone told me that you had to be good at math to work for NASA. Since I can barely add two-digit numbers together, I abandoned any dreams I had of one day orbiting the Earth. I don’t regret this decision, though, because (a) I eventually went on an extraordinarily terrifying motion-simulator ride at Epcot in Florida called Mission: SPACE and had an unsimulated panic attack that showed me that even if I’d excelled at math, I wouldn’t have enjoyed actual space travel very much; and (b) cardboard-box spaceships exist.

What is a cardboard box spaceship, you ask? A cardboard-box spaceship is a spaceship made out of a cardboard box. It is powered by imagination, and you don’t have to know math to operate one—in fact, they work better when you force yourself to forget absolutely everything you know about integers, decimal points, and the like. While it would cost the government millions of dollars to launch a real shuttle into space, it doesn’t cost anything to fly to the moon and back in a cardboard-box spaceship. Plus, they’re eco-friendly—real shuttles leave behind all kinds of debris. If you’re a Community fan, you may have seen the exemplary ships crafted by Troy and Abed—TV’s most whimsical twosome.

Now is your chance to get in on a little bit of that whimsy.

Really, all you need is a you-sized box. Just hop inside of that thing and allow your mind to boldly take you where no cardboard box has gone before. If you have the time, though, and don’t need to be out in space immediately, you might want to spruce up your ship a bit.

Everything you need to make your interplanetary vessel the envy of the neighborhood can be found around your home—this is one of the major reasons why these things are so great. I added two photon torpedo launchers to the front of my ship—you can never be too careful—which are actually toilet paper rolls wrapped in aluminum foil. The control column is two paper-towel rolls cut up, reassembled, and covered with duct tape. 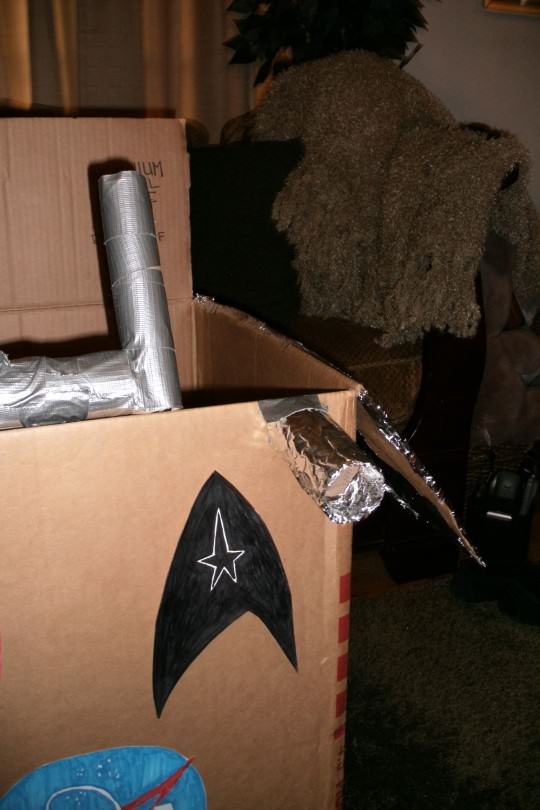 For windows, I cut out rectangles on the sides of the box and then put two pieces of plastic that I found in the recycling bin over the holes. The aluminum foil on the wings makes the craft more aerodynamic and, of course, provides some protection against enemy photon blasts. 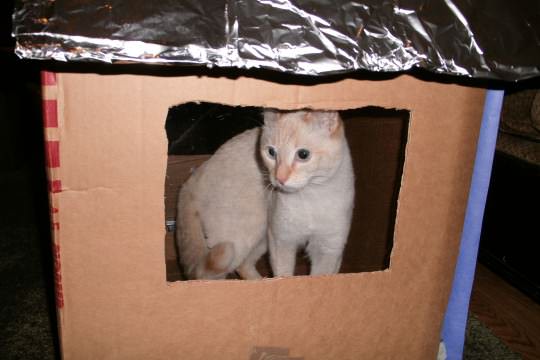 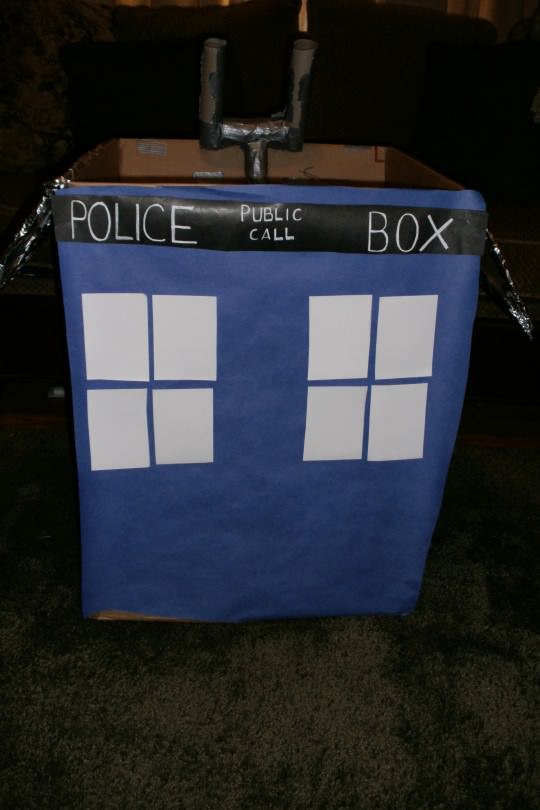 When you’ve completed your design, take the ship for a test ride. Say things like, “Engage,” “Raise shields,” “It’s a trap,” “Houston, we have a problem,” and “Curse your sudden but inevitable betrayal.” Rock back and forth to simulate navigating through an asteroid field. Make a swooshing “I’m flying at warp speed” sound. 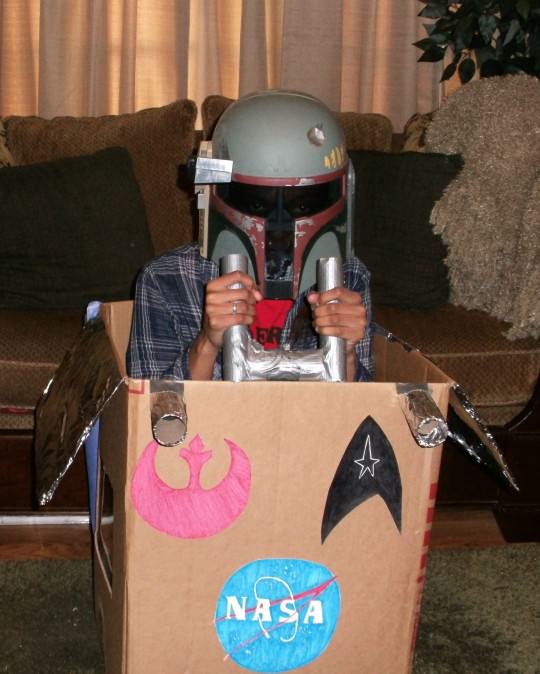 With a cardboard-box spaceship, you can go on an adventure without leaving your living room, so they’re perfect for rainy days. And when you get tired of making pew-pew noises and fighting alien hordes, you can just sit in that box, chill for a bit, and watch some TV. If someone walks in on you while you’re sitting in that box, they will think that you are the coolest person in the history of life. At least, that’s what I would think if I saw you.

I found the box that would eventually become my spaceship while walking around town. Someone had left it out on the curb in front of their house with the recycling. My boyfriend said that I was weird for taking the box and then carrying it all the way home (that’s a mile walk). But I have a spaceship and he doesn’t, so who’s weird now? ♦