It will make you LOVE the WORLD.

If you are someone who mostly hates everything but still gets really mushy and in love with the world when the 2% of it that doesn’t suck completely is TOTALLY AMAZING (me), National Geographic is literally the best thing ever. It is always sure to renew your faith in life, because it takes science and makes it seem like MAGIC, or studies of people around the world and makes them seem like WE’RE ALL IN THIS TOGETHER. If that made you think of High School Musical and you got all depressed again (even though I love HSM, shhhh), just read a NatGeo and you’ll like the world once more! These pages are charged with combined confusion and fascination and ambition, and that is sort of inspiring. 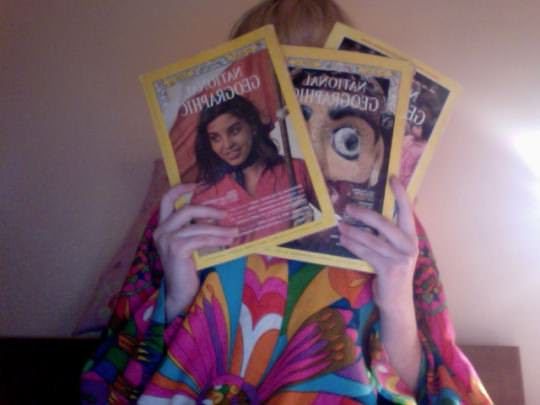 Three of the old ones that my art teacher let me keep.

In the eighth grade I especially hated everything, but I had a stellar art teacher who let me dodge assignments and do “research” instead and sit in the supplies room all period to watch Hole videos while looking at the collection of very old NatGeos they kept back there. And in the old ones, from the ’60s and ’70s especially, the MAGIC level is really AMPED UP. The covers have vegetation sprawled across the top and the photos are so grainy with the richest BLUES and GREENS and people’s expressions look INGRAINED in their faces. (Caps COMPLETELY necessary!) 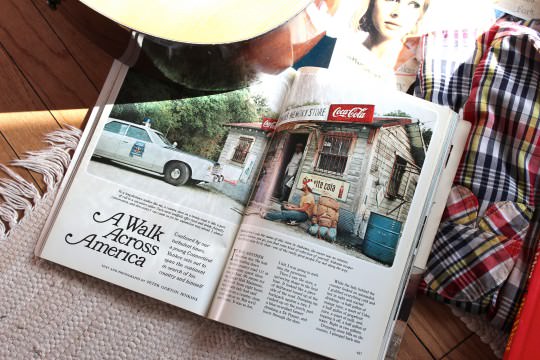 From a copy I have from the ’70s: “Confused by our turbulent times, a young Connecticut Yankee sets out to span the continent in search of his country and himself.”

New NatGeos are obviously rad as well, for ACCURACY and stuff, but it’s the photos from the old issues that look like they could be stills from Harold and Maude that I cover my walls with. 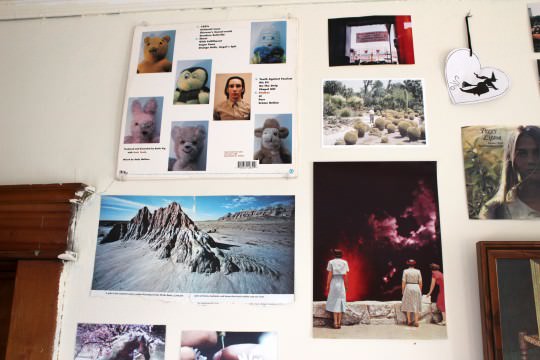 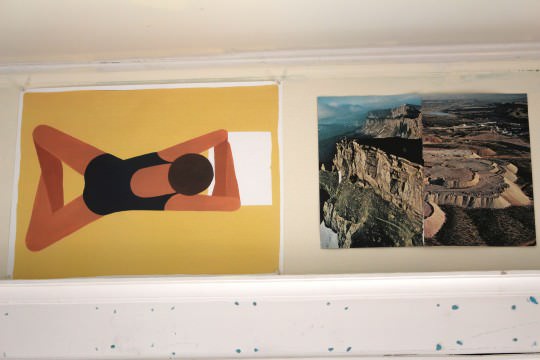 One thing that was constant through all the issues I looked through that year, which went from the ’60s all the way to 2010, besides that comforting yellow spine, was this ENERGY in the features about groups of people that proved that humanity is capable of just as much complicated beauty as other creatures and parts of nature. Which was deeply reassuring to someone whose misanthropy had manifested itself in hiding in a supply room to watch Hole videos! There was always this feeling that a CHANGE was happening, that the currents of the human race were shifting and life was always going on and there’s always something new to learn about and everyone is so weird and interesting and pretty and oh my GOD I’m getting excited just thinking about it, let me just end this by leaving you with this song that perfectly sums it up: