Literally the Best Thing Ever: Astrology

It has never steered me wrong. 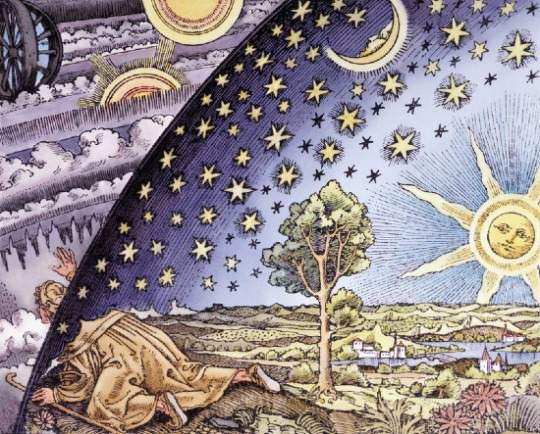 I was born on July 13th at 3:10 AM in St. Louis, Missouri, which means I’m a Cancer with Gemini rising and moon in Pisces. I know this because I’m a total astrology buff. My obsession began in sixth grade, when I first noticed the daily horoscopes next to my beloved Garfield and Peanuts comics. Then I started buying the cigarette-size horoscope scrolls near the cash register at the drugstore that provided a full monthly outlook. Yeah, you could buy tiny, colorful scrolls with your future written on them for $1.99! I thought it was the coolest thing on earth until I discovered Susan Miller’s astrology almanacs, which not only gave day-by-day predictions for the whole year, but also offered insight into your personality based on your sun sign and gave a breakdown of how your sign matched up romantically with other signs.

I honestly don’t understand why everybody else isn’t as addicted to astrology as I am. How can you resist a peek into your future, plus a bonus (and always flattering) personality analysis?

There are, of course, some cynics out there who say no one can tell you the future, especially not based on the stars. But I firmly believe that astrology is at least as accurate as meteorology, and you never end up carrying an umbrella around for no reason as a result of reading your horoscope. Astrological predictions may not be super precise—you’re never going to read one that says, “Today, the girl in your gym class that you’ve been crushing on for six months is going to ask you out”—but who really wants that? What a spoiler! Though they may be vague, I can’t tell you how many times my horoscope has given me a nudge in the right direction. I’d read that it’s a good day for romance or getting my talents recognized, and I’d screw up my courage to talk to my crush or ask for a raise. Astrology has never steered me wrong!

Astrology also provides comfort when you are going through rough times. You can say to yourself, “Hey, Mercury is in retrograde, but things will get better after the new moon.” And usually they do. Often all you need to make good stuff happen is a positive attitude, but that can really hard to conjure up when you’re feeling like crap. I find that astrology gives me the boost of hope I need.

I also think it’s amazing that the time, date, and position of the stars when I was born can tell me so much about my personality. Instead of feeling like a crazy person when I’m all moody, I remind myself, “Sensitivity is a Cancer thing.” Then I try to focus on a positive Cancer trait like creativity or loyalty to snap me out of my funk.

Astrology is literally the best thing ever because, for me, it was like a visit to a psychic and a psychologist for the cost of a paperback—and that was in the early ’90s. Now, thanks to the wonderful world of the internet, you can get your natal chart done and a personalized daily horoscope FOR FREE at astro.com or an in-depth monthly analysis by Susan Miller at astrologyzone.com. It doesn’t come on a pastel-colored miniature scroll, but it’s better for the environment and will still get you looking forward to your luckiest days of the month. And who doesn’t like to feel lucky? ♦