So, how’s the college thing going? 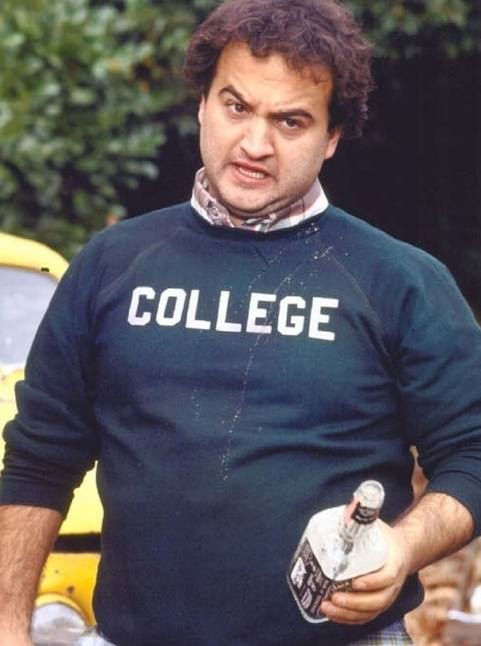 The last time I had what might be described as a temper tantrum I was 17 years old and applying to college. On the floor of my high school bedroom, I yelled into the phone at my then-girlfriend about how it didn’t matter where I applied because I wasn’t going to college anyway. The whole process filled me with anxiety and dread, which I disguised as anger: Only over-privileged assholes worried about things like U.S. News rankings and family legacies! And besides, plenty of successful people didn’t graduate from college, my own parents among them. I directed my muddled complaints at the person closest to me because she made me insecure, what with her intellectual upbringing, better GPA, Ivy League summer programs, SAT classes, and cross-country campus visits. But when I finally calmed down, I got to work on my applications.

It’s an exciting time: adulthood is so close you can practically taste the candy for breakfast and moving away from your crummy hometown finally feels like a possibility. And yet the months between applying and acceptance (or rejections!) is an anxious eternity—overwhelming, cutthroat, expensive, and isolating. For those fortunate enough to even consider higher education, it’s always been this way to some extent, but as dentist-office magazine covers and panicky parents tell us, the process is only getting more competitive and therefore more stressful. Every school year, a new group of teenagers has to learn to deal.

“The most annoying question is ‘How’s the college thing going?’” says Jenna,* a high school senior in New Jersey who applied to 11 schools this year. “It’s a normal thing to ask, but you hear it 80 million times.” The chatter is basically guaranteed for at least one whole school year, but some kids remember it beginning way earlier. “My school encourages you to go on college visits sophomore year, which I think is ridiculous,” she says. But then all of a sudden it’s time to apply. “We were talking about it constantly to the point where I told my friends, if we’re hanging out I don’t want to talk about college. It pits students against each other because a lot of us are applying to the same schools.”

While most application deadlines are around January 1, there’s also the option of applying sooner if you’re positive about where you want to go. For most schools, if you apply in the first round, you’re required to go there if you get in. The various deadlines made my own application process way worse. Because I was making myself crazy over it, I decided to have all my paperwork in by Halloween—before any deadline—although I didn’t apply anywhere early decision because I wasn’t sure. But too soon after, I got a big mysterious envelope.

New York University had accepted me early by accident, meaning if I wanted to go there, I had to cancel all of my other applications. A few days later the school apologized, saying that because it was their mistake, I would be in no matter what. I was thrilled because NYU was my tentative top choice, but I would still be able to wait, just in case, for decisions from the local schools where my friends were going, some smaller colleges in New England, and my one Ivy League reach school. Then NYU changed their mind. An admissions person contacted me to say that they had made a mistake again, and that I wouldn’t be notified about the real decision until April. That meant four more months of waiting.

This year, Jenna also wanted to go to NYU. “My application was done earlier than my friends’—I just wanted to get it in,” she says. “I thought if I turned in my application earlier, maybe they’d look at me first, even though I knew that wasn’t true.” She was promptly rejected in the fall. “[Even though] I was nervous before their decision was revealed, I took it way easier than people expected me to,” she says. “I had done literally everything possible to show the school I was interested. And my life is not over if I don’t get into NYU. College doesn’t dictate your entire life!”

Katie, a high school senior from California, didn’t even get to give her dream school a chance. “All my friends applied to Brown or Princeton, and that’s what I’ve always dreamed of doing. But my dad wouldn’t let me or my older sister go out of state because of costs. He also doesn’t want me to be far from home.” Instead she applied to nine in-state schools, none of which she’s particularly excited about, and even that process wasn’t easy. “It’s like $90 per application, $11 per SAT score, and all these things add up.” Money wasn’t even the worst of it; she says she must have edited her writing sample 15 times.

“Some kids had their parents literally write their essays for them,” says Jenna Katie witnessed that and worse on the other side of the country. “I know people who turned in complete fabrications,” she says, like “writing about starting some organization they never did” or exaggerating their family’s financial situation. Frustrations are around every corner: “It’s really, really, really hard to get to know a college before you apply,” says Jenna. “Everything they feed you, from the brochure to the tours, can be fluff or bs. You just have to trust the campus vibe, if you can visit.”

“We’re all just waiting for this to end,” Katie says. It’s almost over: most U.S. schools deliver final decisions by the beginning of April, often via email these days, and not in the traditional big (good!) or small (bad!) envelopes. On personal blogs, Twitters, and Facebooks, people are posting cryptic, emotional messages about their own college acceptance sagas, with everyone acting as the star in their own coming-of-age drama. On message boards like College Confidential, kids and parents compare stats and try to predict the future, as if there’s some magical code to crack about who gets in where. All the private counselors, test prep classes, and letters of recommendation in the world don’t guarantee entry. Preparation and privilege are real, make no mistake, but so are luck and positivity. When my own application headaches faded, the rest of my senior year was a blur of extended goodbyes, parties, and slacking at school. When spring rolled around, I didn’t get in to the top schools I tried, but NYU let me in again—for real this time. Moving away from home and taking out student loans are issues for another time, just like choosing a major, dorm life, and surviving on Top Ramen. But they’re all forms of growth that easily eclipse the college application process, which, while soul-sucking, is totally temporary. “I’m exhausted, but I have some hope that I’m almost there,” says Katie. “I’ll be able to be my own person soon.” She’s right, and I can tell you this much: I no longer remember my SAT score.

* The girls’ names have been changed.