An interview with Scott Sternberg and a selection of photos from his new Polaroid-only lookbook, featuring Michelle Williams BEING AMAZING.

Dreamy but practical, cute but comfy, Scott Sternberg’s clothes, designed under the label Band of Outsiders, are made for explorers. His Boy. line especially speaks to those of us who want to go on adventures that involve flowy dresses and slumber party toys, but with the quiet sophistication of Michelle Williams, or of Ritz crackers when you put stuff on them. Scott’s lookbook for Boy.’s spring 2012 collection perfectly captures such moments of discovery through Polaroids of Michelle exploring on her own, and today we bring you a selection of those photos, including outtakes exclusive to Rookie, and an interview with Scott himself! So please, spruce up a Ritz cracker and enjoy. 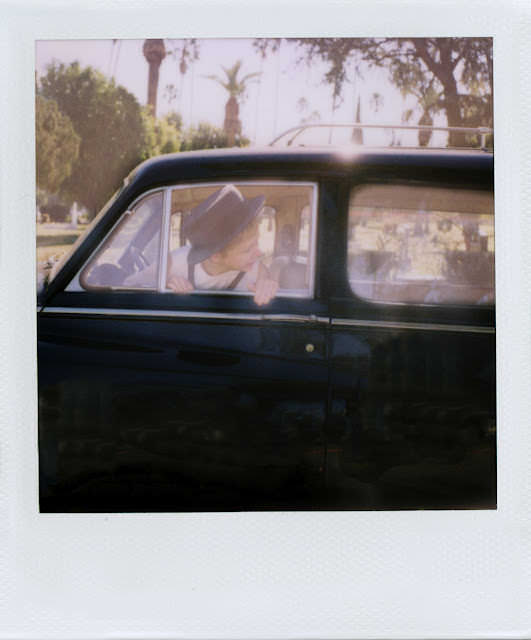 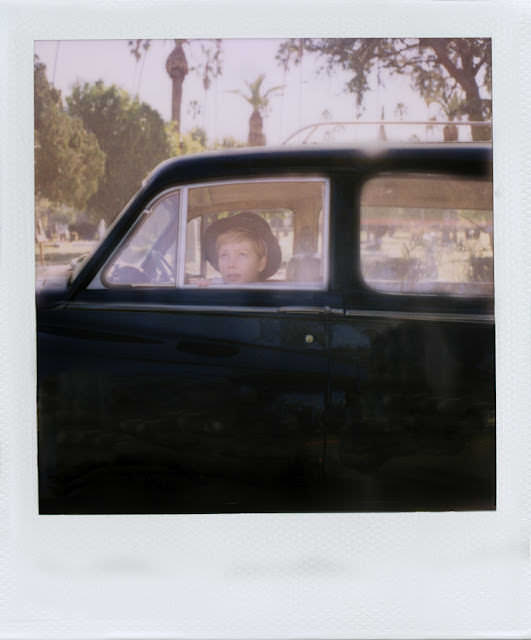 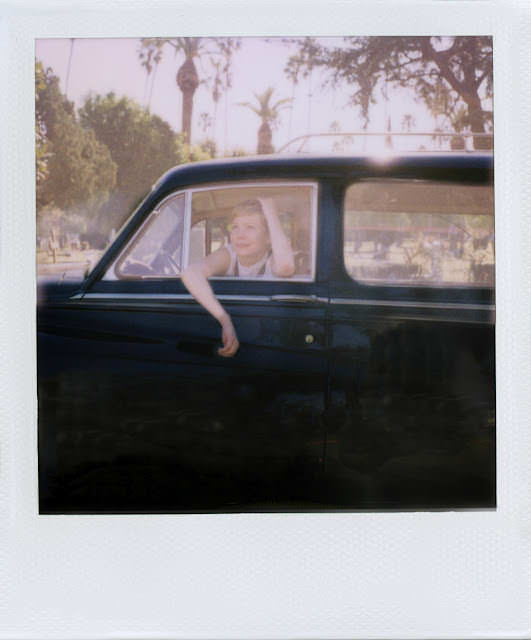 TAVI: You designed only for men for three years before you did your first collection for women in 2007. What’s the biggest challenge you’ve found with designing for women?

SCOTT STERNBERG: The biggest challenge is allowing myself to be free of the type of constraints that are inherent with menswear, which are at once a bummer and a blessing, but to create a product that is still unmistakably Band, and directly tied to what I had been doing in men’s. There’s so little to work with in terms of shape and types of garments when designing men’s clothes, so the creativity goes into these micro places like fabric and buttons and stitching, plus the construction and quality.

My [impulse] when I starting designing women’s was to create artificial constraints. I started with a couple of conceptual frameworks. Boy. takes its cues from menswear and the spirit of a girl who really knows how to wear men’s clothes with ease. It’s preppy, but, like our men’s stuff, tries to bring a sense of humor and irreverence and joy to it. Conversely, girl. is about draping, flou, and the simple notion of “pretty.” It’s more romantic than preppy, and the system of dressing is centered on a dress. Boy. usually sells next to fancier designer brands; girl. is geared toward more of a “contemporary” customer and price point. Boy. is stripey; girl. is flowery. Boy. is snips and snails and puppy-dog tails; girl. is sugar and spice and everything nice. Et cetera…

This helps me put everything in context, and gives me a platform to really create in a free way, from choosing inspiration to draping a new shape of a dress, knowing that these will always be tethered to one of those two concepts.

And the biggest advantage?

I had an identity as a designer before starting to design women’s clothes, an aesthetic code and a brand identity. It was and is so important to be part of the fashion dialogue without being derivative of what’s already out there, to create something distinct and recognizable, so it was really helpful to be able to reference myself, my own menswear design, instead of comparing myself with a Parisian house that I admired or something like that. That’s how Boy. started, and it remains an important part of how we develop the collection. 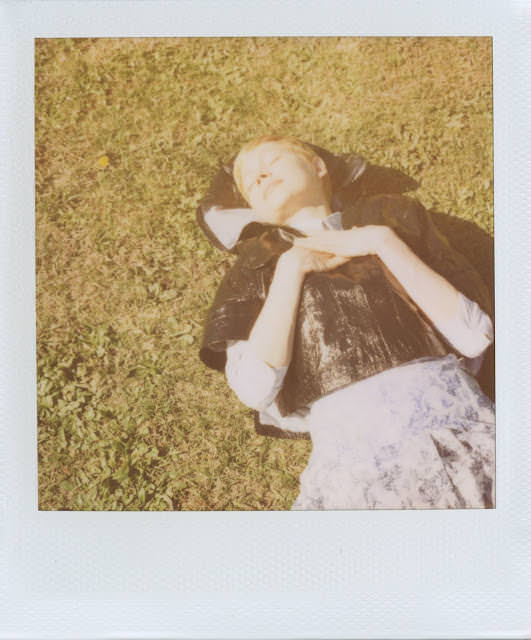 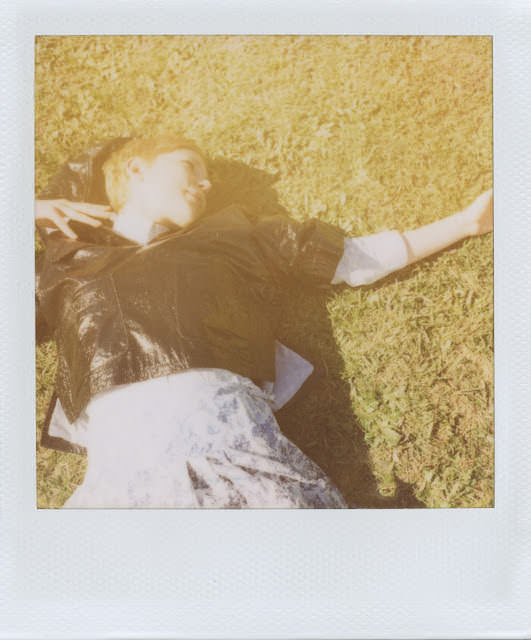 Any specific movies, music, etc., you had in mind as inspiration for these photos or the collection?

The collection was inspired by Picnic at Hanging Rock, the super creepy Peter Weir film about four schoolgirls who go missing at the site of an ancient rock in the Australian countryside. It’s such a strange, compelling, and beautiful film. I was not, however, inspired by the Zamfir pan-flute infomercial music running throughout the trailer and parts of the film. Bach’s Prelude No. 1 in C, which is also in the movie, was playing on a loop in the studio for quite some time. For the show, we played Lou Reed’s “Street Hassle,” which is one of my all-time favorites, and was such a good reflection of the collection: the idea of balancing something very classic with something a bit tough and modern and street. And funny. 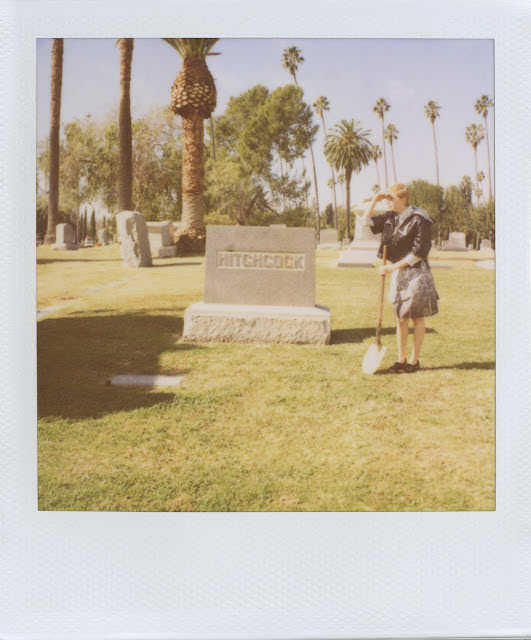 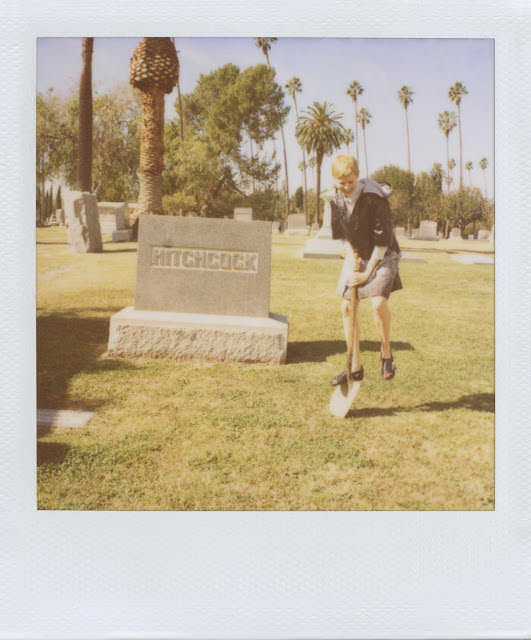 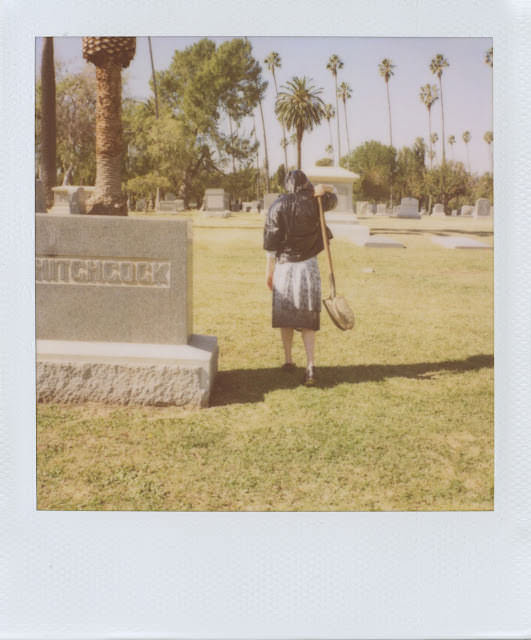 Visually, probably The Birds. But I really love the story of, and acting in, Rebecca. 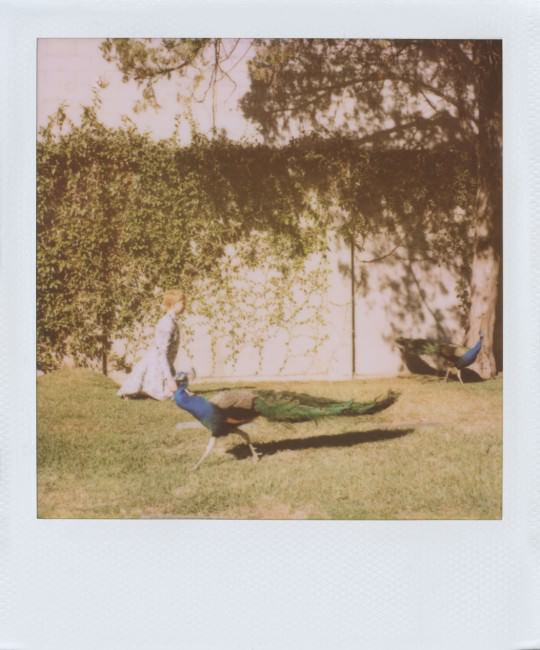 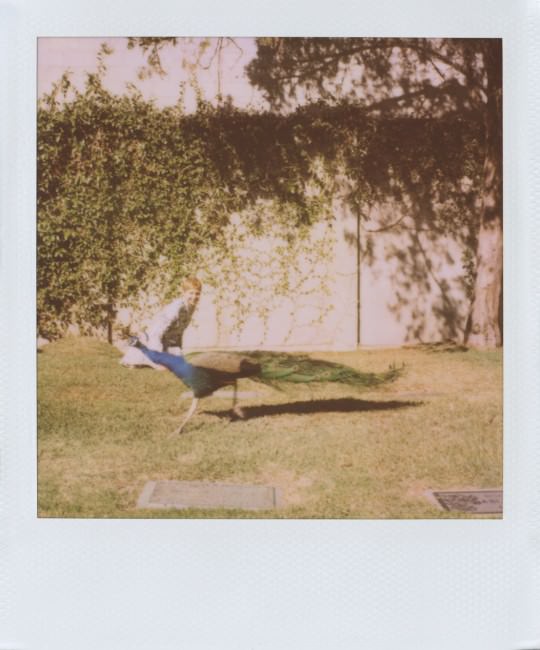 Tossup between Brokeback Mountain and Dick, depending on my mood. Brokeback is a tough re-watch but a perfect, heartbreaking film; Dick is an arguably ridiculous and horrible movie, but it could be running on a loop in my house for a week and I’d be perfectly entertained. 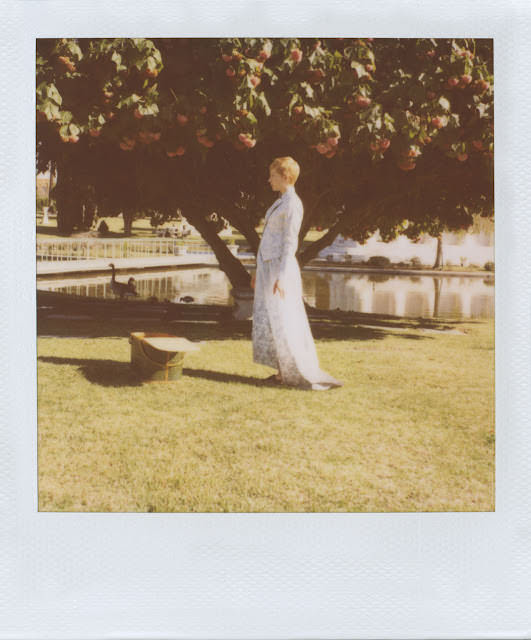 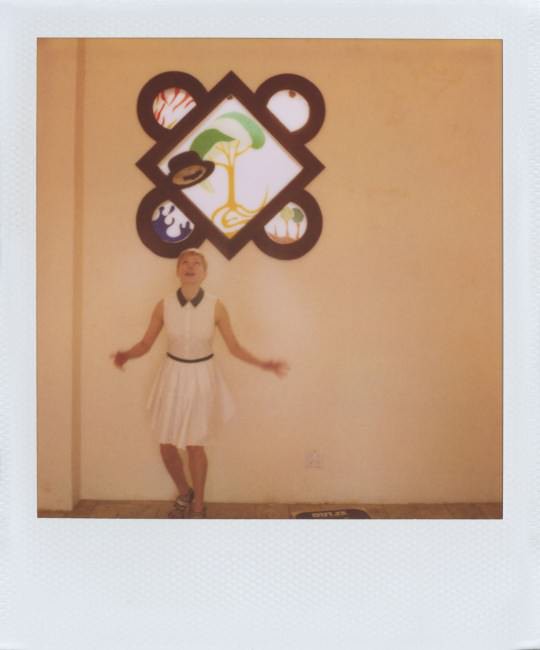 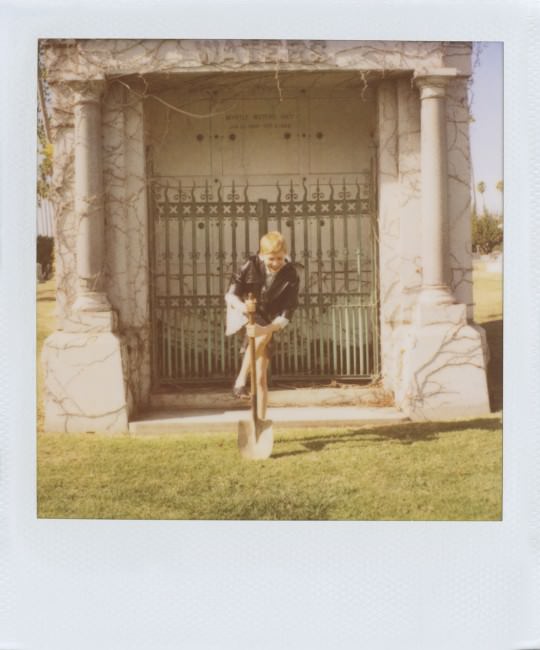 How would you soundtrack these photos if they were a movie?

“The Things We Did and Didn’t Do,” by the Magnetic Fields. It’s from 69 Love Songs, the three-disc concept album that the Magnetic Fields put out in 1999 of love songs that take on about every genre of music. It’s one of my favorite records of all time. This song in particular is so dreamy and sad—it’s about regret, and there’s really only about three lines in the song that are repeated, layered over each other, which is exactly how one might obsess about a relationship in their head after a breakup. I’m not sure it totally fits, but man, I’d like to hear that song in a movie. It’s just begging for a movie breakup montage to run behind it.

Why did you use Polaroids for this lookbook instead of digital, or film you’d have to get developed?

Polaroids are magic. They’re super-perfect technology that never should have gone away. In these shoots, the Polaroids allow us to work very fast and to immediately gain the trust of the person we’re shooting—we play with the physical images on the shoot together, as they develop, so they can see how the narrative will develop (and nix any shots they hate for any reason). 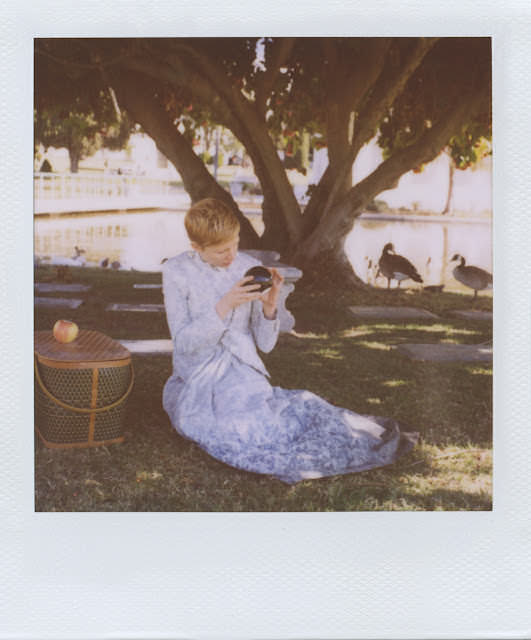 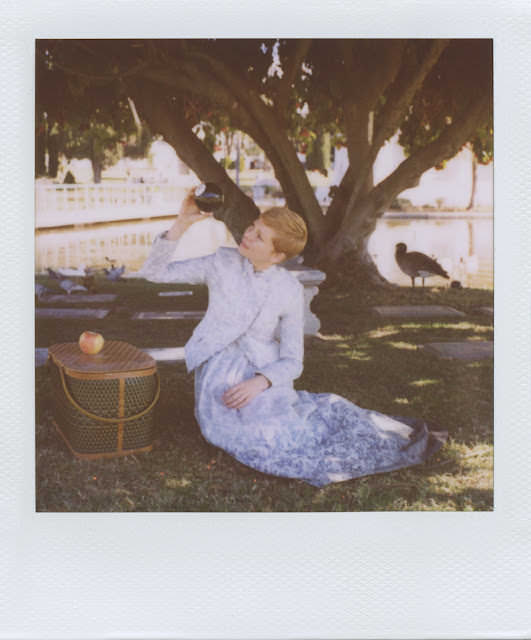 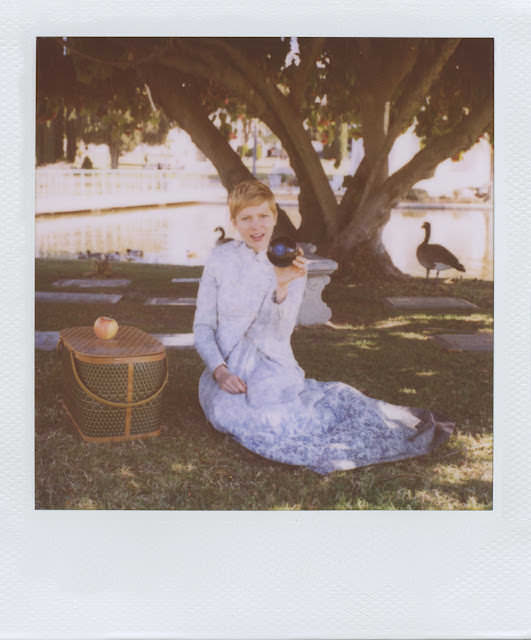 Why the running slumber-party magic props?

The Magic Eight Ball, Ouija board…slumber party! [I didn’t have that] in mind as a running theme, but now that you bring it up, it makes sense in terms of most of our shoots. I love old games as much as old technology—there’s something about killing time and entertaining oneself that way versus punching something up on an iPhone that’s rather refreshing to me. 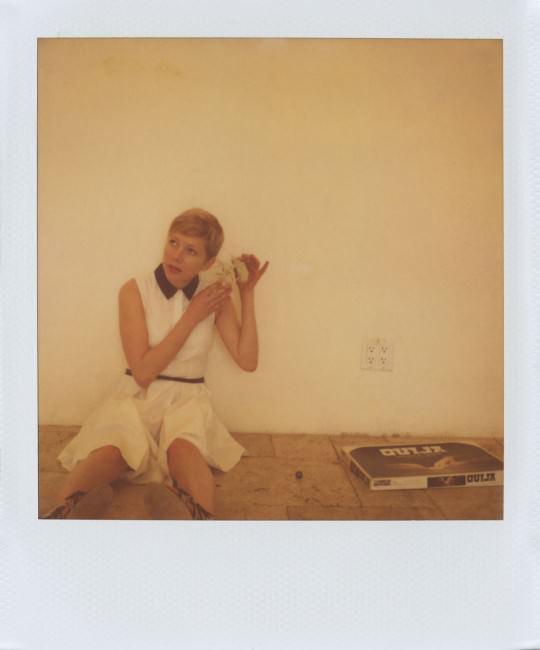 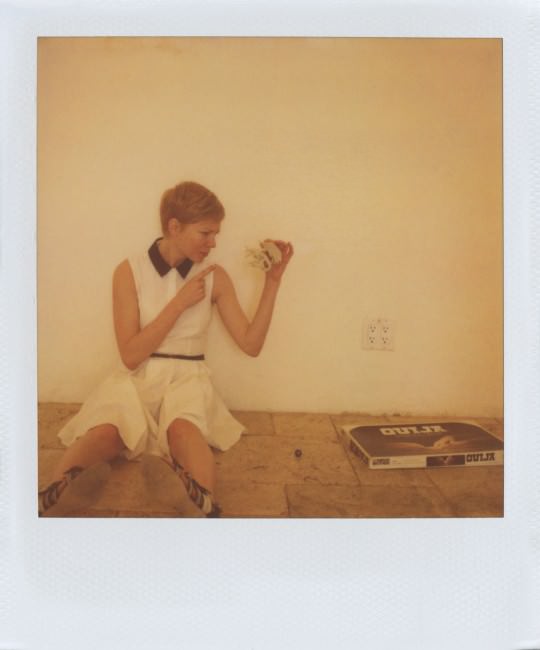 What’s the best Ouija conversation you’ve ever had?

I can’t remember exactly how it went down, but Sgt. Pepper’s was playing on slo-mo on the record player, and a conspiracy-theorist college friend was ranting about how Paul was dead, and I could hear it if I just listened close enough. 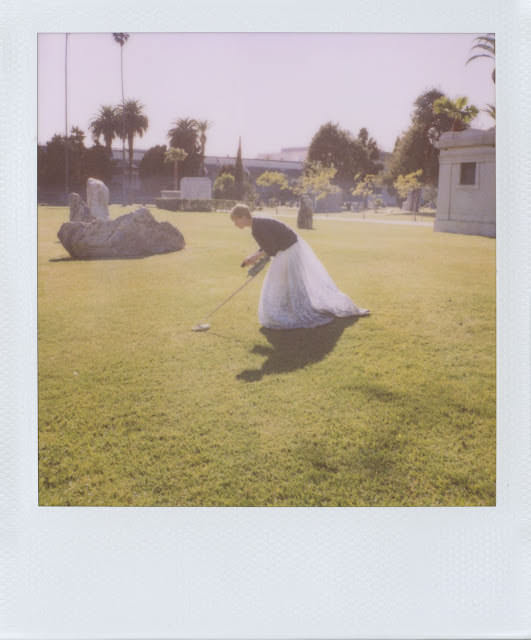 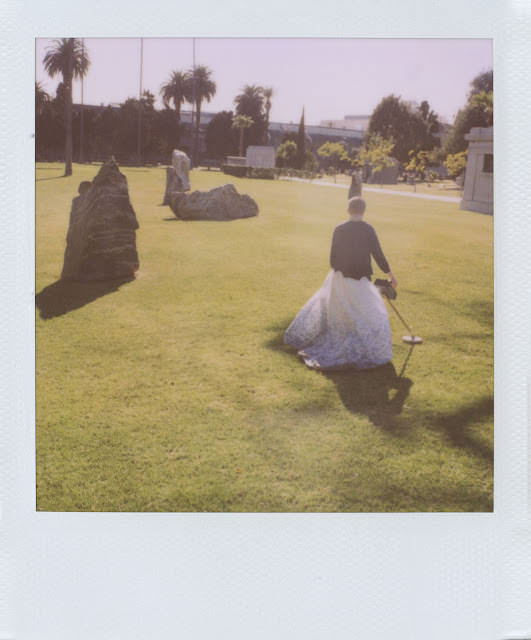 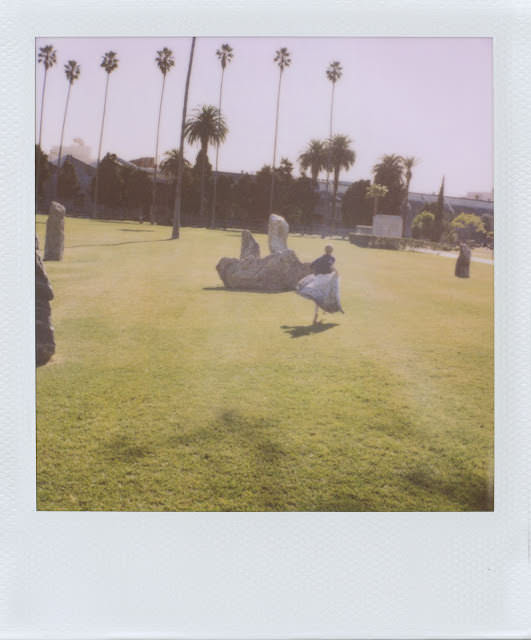 Where do you find all the old cameras and computers and whatnots you collect?

Etsy, eBay, and St. Vincent’s thrift shop in Dayton, Ohio, where I grew up.

Which is your favorite of all your troll dolls? My sister collects them too!

I couldn’t pick a favorite. They’re a unit, my trolls. All for one, one for all. They stand in a trust circle and whisper to each other very quietly. I can ALMOST hear them. I bet your sister could too. 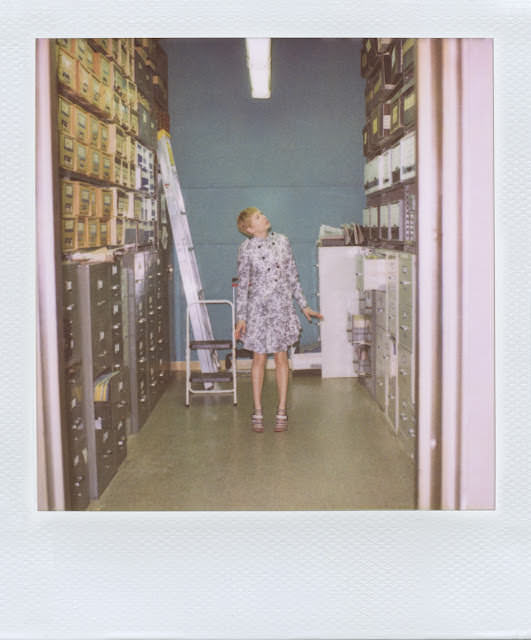 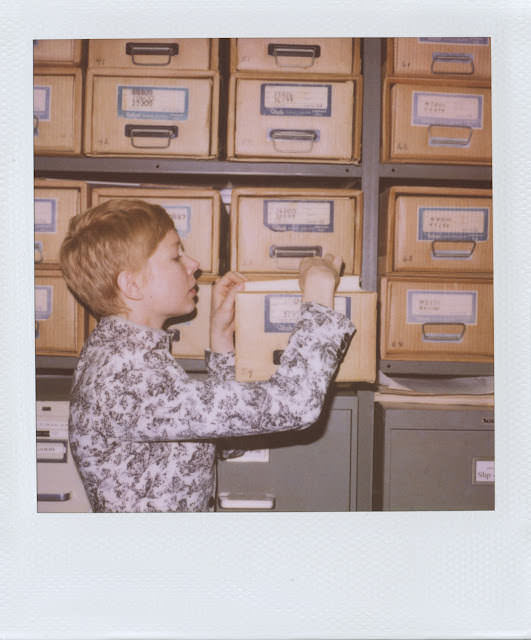 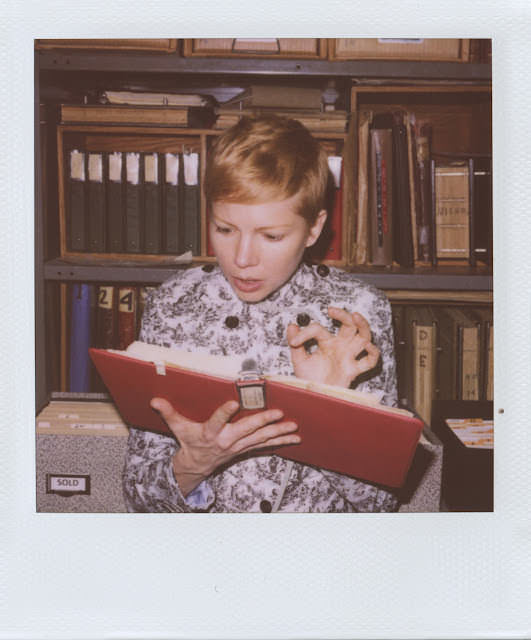 What were your favorite places to explore when you were growing up?

Other people’s houses. I was such a snoop. Medicine cabinets, sock drawers, kitchen cupboards. A really horrible habit I luckily grew out of by the time it mattered. ♦