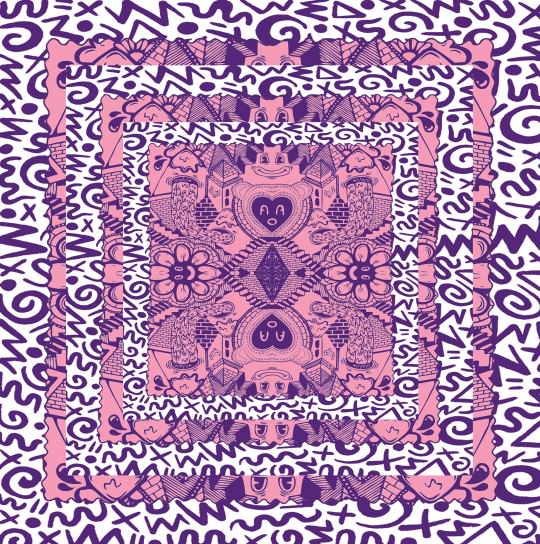 It’s really nice to stare at a map and fantasize about all the places you’ll visit someday, but sometimes the best adventures can be found close to where you are. Over the past five years, due to lack of money and time, I’ve become an accidental expert at uncovering cool stuff in unexpected places. Here’s my guide to planning (or not planning) an awesome day of urban exploration, anywhere in the world, or right in your backyard:

Obviously, you don’t want to weigh your adventure down with a ton of baggage, but bringing along a few well-chosen tools will increase your potential for fun. A backpack is the best bag for exploring, because you can carry a bunch of stuff and still have both hands free. Here’s what I fill mine with for a day of intensive exploration:

Obviously, you should add to this list to meet your needs. A raincoat when it calls for rain. Band-Aids if you think your shoes might rub. People argue over whether or not bringing a camera is a good idea. I probably bring one with me about half the time. Sometimes I get too caught up with documenting the day, though, and the camera actually detracts from my fun. Having pictures is nice, but I’ve learned that sometimes your brain is the best recorder.

My best urban adventures start and end with public transit. People on trains are friendlier, and a long bus ride is a nice set of brackets for psyching yourself up or letting yourself decompress after a long day of exploration. Also, public transit is one of the cheapest ways to get around.

Lots of things about city exploration should be left to chance, but transit is not one of them. The night before your adventure, decide how you’ll be getting to and from the city. Print out the train or bus schedule and highlight the second-to-last ride home. This will be your getaway car. Spontaneity is good, but missing the last ride out of the city will take your day from great to stressful. Bank on the second-to-last departure and you’ll have a nice time buffer in case your adventure ends up running a bit longer than expected.

When you get to the city, the first thing you’ll want to do is get a lay of the land. There are a handful of ways to go about doing this. Visitor’s centers, train station information desks, historical societies, and cool-, friendly-looking strangers (other teenage girls are probably your best bet) on the street are all great sources of info about interesting neighborhoods and sights worth seeing.

If you are at all like me, you are probably thinking, I can just look this stuff up on the internet. It doesn’t hurt to go online and read a little bit about a new city, but honestly, talking to people is the best way to find cool places. The internet can tell you what time things open and close, but it probably won’t share with you a wild anecdote about that one guy who hangs out at the newsstand on the corner, or an insider tip about where to get the best chai. Push yourself to talk to people, even if it feels a little awkward at first. Here are some good questions for starting conversations about local geography:

Once you’ve accumulated a nice list of recommendations, start your adventure. Your actual destination doesn’t matter so much as the neighborhood you’re headed toward does. Check out that bookstore the girl in the train station told you about, but don’t forget to keep an eye out for random stuff nearby. It’s really rare that one good place will exist in a wasteland of boredom. Most of the time, that bookstore will be situated near a rad vintage shop or a well-curated art space. Have an open mind about changing plans and checking out mysterious places. Especially look for signs directing you towards basement entryways and side doors. Smaller, weirder endeavors often thrive in crappier real estate.

Every place you uncover is a potential link to newer and cooler places. Ask store clerks and coffee shop patrons for their advice on where to visit. When I visit a city, I’m usually able to build an agenda by asking people at each consecutive place I visit where I should go next. Hand-drawn maps often make the best guides. Use your notebook for these.

Only wander as far as things feel safe or interesting. Unless you have explicit information otherwise, a poorly lit residential street probably isn’t going to yield some awesome attraction. People are a good sign that a place is safe and worth visiting. If you see a crowd, push your way in. If you’re walking and you suddenly find yourself alone, it’s probably time to turn around.

Feeding yourself on your urban adventure is a complicated thing, because it is the only element of the day (besides maybe transit) that requires money. If you’re trying to spend as little cash as possible, make some sandwiches at home and throw them in your backpack. Parks make the best free restaurants.

If you have some cash to burn, look for places with cheap prices and lots of people. It isn’t hard to eat great food on the cheap, but the best way to make sure you won’t be vomiting on the train ride home is to look for restaurants that are moving through a lot of food quickly. If you can, avoid eating at chains. I love Chipotle as much as the next person (probably more), but an adventure isn’t really an adventure unless you push yourself to try someplace new. Thai food, falafel, food trucks, and soup are all great, cheap options to look into, depending on the city you’re visiting. If you aren’t sure where to try, ask more strangers!

Walking dozens of blocks and talking to as many strangers can be tiring; you might want to take a little bit of time out from your excursion to relax. Coffee shops, libraries, parks, and benches are all great places to people watch and decompress. If you are going to sit in a place that sells something, buy something cheap like a cookie off the menu. Throw your change in the tip jar and you probably won’t be rushed out of the establishment as soon as you finish eating.

I’m not going to insult your intelligence by telling you to look both ways before crossing the street, but I do feel obligated to pass on some the wisdom I’ve gathered through my own mistakes. You don’t have to take any of this advice, but here are some things I’ve learned in my adventures:

Most of all, be open-minded. Use good judgment, but keep in mind that great things rarely happen in your comfort zone. Be aware. Peek around corners and down alleys. Trust your intuition. Don’t write something off as boring until you’ve given it a shot.