Go to Paris for le week-end.

Confession: a large part of the reason I learned French in the first place is because singing along to these songs is just so darn fun. From the yé-yé girls to the stylish rockers, some of the best pop music came out of France in the 1960s. So put on some blue and red or your prettiest pastels, ingest a box of macarons, and pretend you are in a Sofia Coppola commercial or a Godard movie. 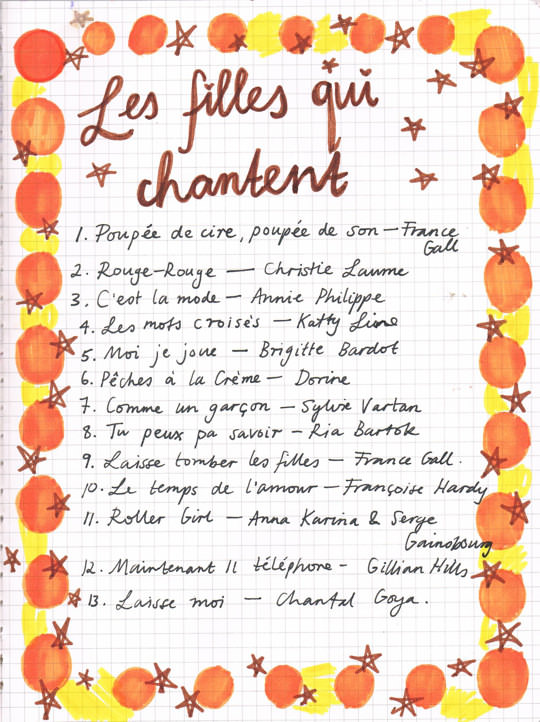