Our most-played songs, humiliating as they may be.

How to Approach the Person You Like Without Throwing Up

For OBSESSION month, we asked all our staffers to check what their MOST PLAYED song is on iTunes or what have you, and send it to us. We thought this was gonna be a selection of Sooper Kool Toonz, because we are such Kool Kidz, but it turns out to be soooooo embarrassing and hilarious. SO MUCH PJ HARVEY (who is awesome, but omg, there would have been a lot more on here if 8tracks let us upload more than two tracks by one artist), and, I mean, SPACE HOG?!? And WTF is that a cappella “Africa” cover? Holy shucks. We are not cool at all! Please enjoy, and mock us at will. 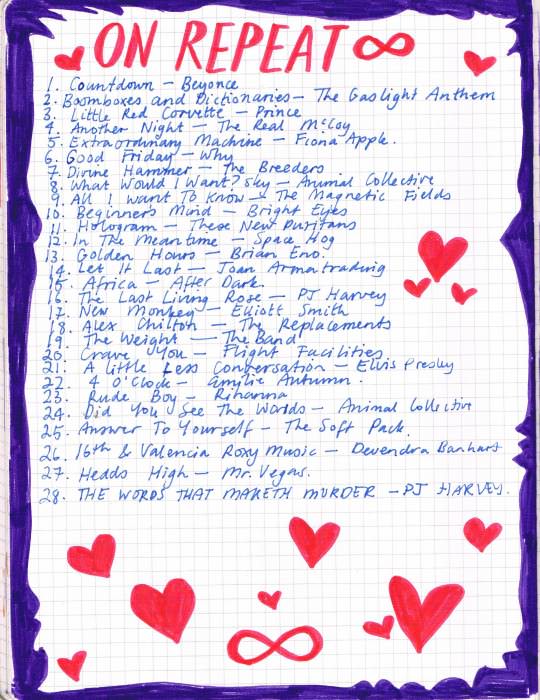