What you save is part of who you are. 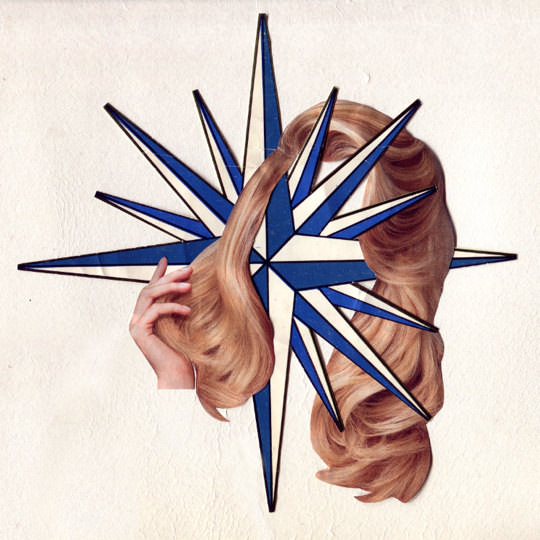 My best friend is a minimalist. Anything that can be thrown or given away should be, in his opinion. When a commercial for Space Bags comes on the television, he becomes visibly irritated at the sight of the smiling, vacuum-powered space-savers on the screen. “Why don’t people just get rid of shit they don’t need?” he always asks, and I always shrug, acting as if I don’t own at least two Space Bags and three plastic bins filled with old T-shirts and some well-dressed ceramic cows sitting in my closet.

The closet is an intensely personal space. It’s filled with pieces of who you are, who you were, and, as any tags-still-on-dress might suggest, whom you’d like to be. It is the graveyard of former identities, a place that swallows old letters, books with broken spines, and shoes with worn-out heels. The plastic Harry Potter glasses you got at the midnight release of The Half-Blood Prince are crammed in a box with Blink-182 ticket stubs. (Who’s embarrassed? Not me). Half-finished diaries sit in old backpacks, and old backpacks carry messages of their own, covered in graffiti and sew-on patches. A closet is a Museum of You, and in cleaning it, you effectively become its curator.

Some people, like my best friend, are good at keeping their closets current. He barely owns anything that he doesn’t use. He is the type of person who reads and enjoys a birthday card, and then immediately tears it up and throws it away. The other end of the spectrum is hoarding, where the person is lost beneath the things they own. Most people, I imagine, fall somewhere in between, allowing their closets to be both functional and messy. Mine has always leaned more toward the latter, but not to the point where it requires a visit from an organizational guru and an A&E camera crew.

When I sat down to write this essay, the main image in my mind was that of a wig in a white box&#8212my mother’s wig from the ’60s. My sister and I had found it one morning while digging through my parents’ closet. It was long&#8212she had never had long hair, as long as I could remember her&#8212and looked very Penelope Tree, and we immediately made her try it on. “My wig!” she said, when we presented it to her, followed quickly by, “Where did you find this?” and then “What were you doing in my closet?”

I remember being fascinated with my mother’s wig, mostly because it was a relic from her past, and finding it allowed my sister and me to imagine her in our minds, getting ready to go out, pre-us, with her Penelope Tree hair and thick eyeliner. It also struck me that, for whatever reason, she had kept the wig. Did she plan on wearing it again? Doubtful. Did she even remember it was there? She claimed not to. But there it was, anyway, waiting to be found.

By contrast, we only found a few of my father’s old things to wear, and most of them had been donated as soon as they went out of style. My mother, who did most of the donating: “Who knew you’d want your father’s old golf shirts?”

The “who knew?” aspect has always stayed with me&#8212as high school went on, I found things under my bed or in my closet that I hadn’t paid much attention to, only to resurrect them as ironic fashion statements years later, like the plastic heart-shaped bangles that I’d worn in elementary school, an ALF pin, and an ill-fitting Reese’s Pieces baseball hat. You never really know how an object will fit in your life somewhere down the road. My prom dresses, for example, have been sitting in my parents’ storage room for about a decade now, all dressed up with nowhere to go. A few weeks ago, my eight-year-old niece opened the door and took a look. “You can have those someday, if you want,” I told her.

Will she actually take them? Maybe. Will she pull a Molly Ringwald and Pretty in Pink them? A dreadful possibility. Will she end up wearing it ironically to a ’90s Prom Party in seven or eight years? Perhaps. The dresses, which had once seemed so important, had just become silly trinkets. It was her reaction to it that made it special.

I am terrible at getting rid of things. Every six months or so, I try to clean my shelves. I think about the important things, about my best friend’s spare closets, about the organizational gurus on television who say things like “Do you own this thing, or does it own you?” I vacuum the floor and then empty my entire closet out onto it, making one giant mountain that I then attempt to separate into smaller peaks: Mount Give Away, Mount Save, Mount Maybe. Mount Maybe always ends up being the biggest, which I guess is typical if you don’t necessarily want to hang on or let go, but you’re not quite sure how to fill the gap between the two, or what to wear while you’re falling into it.

My first closet was a split&#8212I had to share 50% of it with my sister, and we had a system for filling it up. Her clothes went on the left, mine on the right, just like our beds. The top shelf was devoted to things neither of us used anymore, but wanted to keep anyway, like our American Girl dolls and giant NKOTB buttons. We ignored that top shelf for years&#8212by the time we actually got our own rooms, in high school, there was almost a decade of useless crap up there, covered in cobwebs and filled with corroded batteries.

When we cleaned the shelf off, I recognized that most of the crap was mine: souvenirs from school field trips, a jewelry box filled with forgotten trinkets, and old storybook tapes, including a recording of Best Friends for Frances, that we used to listen to obsessively. “Look at this,” I remember saying about mostly everything. “Remember this?”

The closet I took over remains as it was at my parents’ house, holding the remnants of my former life. There are dried flower petals, letters from a handful of people, and notebooks filled with absolutely dreadful poetry. When I was younger, I came close to destroying all of it several times, but I couldn’t bring myself to do it. At the time, it was probably because I was overly sentimental about the people who had written the letters and the events that had inspired the poems.

Now, I realize that I am actually just sentimental for the version of myself that had received the letters, for the bad poet who used to glower in the hallways and draw stars on her locker door in permanent marker. I felt bad for her, but I also laughed at her&#8212hard, in the way that only time allows you to do. Over the years, things that were catalogued as proof of heartbreak&#8212like a Dorothy Parker collection with “ugh, yes!” and “TOTALLY” scrawled in the margins&#8212had, over the years, become extremely funny artifacts, a wing of the Museum that will sit at my parents’ house and collect dust until they order me to remove it and I’m forced, once again, to decide whether or not it’s all worth shelving somewhere.

If your room were somehow frozen in time and an anthropologist from the future took a tour of your closet, what would they make of you? My imaginary report would probably read something like this: Female, early 30s, shows an affinity for bold patterns, cardigans. Wears her sneakers for approximately six months longer than she should. Evidence of a primitive storage unit known as a “Space Bag.” Buttons everywhere, wrapped in plastic. My best friend’s question would echo in the subtext: “Why did she keep all this shit that she didn’t need?” And I’m sure most future researchers would give the obvious answer: “Because she could.”

I’d hope at least one of them would wonder where the worn shoes had traveled or which outfits the extra buttons belonged to. Like the images I have of my mother spinning around in her Penelope Tree wig, sometimes the story we create is bigger than the stuff itself, and as soon as you can separate the story from the stuff, you find that there’s a lot you can let go of without losing it. ♦