I look at Rihanna and go, “Girl, c’mon, just let Chris Brown fall into a grave of his own design.” And yet, unfortunately, I totally get it. 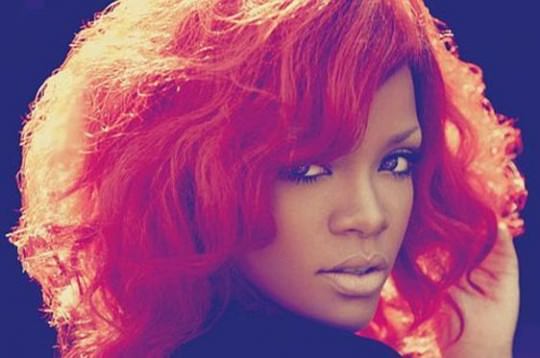 Believing in pop stars is sometimes tricky business. You know this especially if prior to this past week you counted yourself as a Rihanna fan. It’s hard to reconcile the powerful boss-girl image that she gives off in her songs with a woman who would do remixes with (and chat over Twitter with, and possibly even hang out with) her ex-bf that beat the shit out of her. You wonder why she would even talk to him ever again, let alone collaborate with him.

So, lots of gossip blogs and rock critics are wringing their hands and saying shame on you, Rihanna, telling her to be a better role model, and asking WHY WHY WHY is she giving Chris Brown a pass, essentially taking her abuser back. And as much as I feel the same way—I really do—I totally get it. (I really do.)

When I was exactly Rihanna’s age, I was already a few years into a relationship with someone who was abusive to me. Someone I habitually returned to again and again. My roommate at the time said it was like watching someone stick a fork into a light socket over and over, and never learning to stop. I was scared of my boyfriend, but I kept going back to him. He stalked me. But I went back to him. He broke into my house and read my diary and told other people what he had read. And I went back to him for like two more years after that.

You wouldn’t have expected this from me at the time. I had self-esteem, hobbies, an ego, even. I ran my own successful business with employees for whom I was responsible. I played in a band, made a fanzine, had tons of nice friends, and made my own money. I had never had a problem with self-harm, or an eating disorder, or any of the classic ways that girls hurt themselves. I didn’t have a drug problem; I didn’t even drink. Every other part of my life made sense, except for why I was with this man and why I felt like I couldn’t leave him, despite knowing I needed to.

I knew that getting away from him was crucial for my safety and my sanity, but when you are trapped in a cycle of abuse, you are totally blind, disempowered—it’s like you’re in a vortex. Once the relationship was over, when I was finally clean and clear in my mind and heart, I could not make sense of why I had stayed in it for so long. Today, in 2012, I still cannot tell you why I was with him. I couldn’t tell you what was so amazing about him that kept me by his side between the ages of 19 and 26. What I remember was that there was some sort of valor in being dedicated to someone really troubled. There was something very powerful about the feeling of being needed. I confused that feeling with love. Rihanna has said of Chris Brown, “You don’t know him like I know him.” That’s the kind of excuse I would have made back then.

I was less scared of him when I was with him than when we were apart. Early in the relationship, I shut off my gut instinct—the one that would normally protect me. All toxic relationships operate on the logic of the abuser, and after a while, that’s what made sense to me. It was like being in a two-person cult, and he was the leader.

After I had been with this man for a while, I had collected a mountain of misery and shame and become an expert at covering it up. What finally helped me out of the relationship was other people. Some friends gave me ultimatums; others did mini-friendterventions. I would dive into one of my tearful monologues—“You won’t believe what he did this time”—and they would counter with “I can’t keep being your friend and watch you do this.” Some people actually kept to their word, and cut me off. When my oldest friend, who had been in and out of the hospital for eating disorders and suicide attempts over the decades we’d known each other, told me she was afraid that I’d end up in a situation like hers because this man had so thoroughly shamed and brainwashed me into accepting what was unacceptable—well, that woke me the fuck up.

As with any other addictive pattern, the only solution for me was to go cold turkey. I changed the locks, changed my phone number, collected everything of his from my house and left it on his porch. I stopped discussing him with anyone but my therapist.

I am embarrassed now, years later, that I have seven years’ worth of journals filled with entries that vacillate between angrily deciding to leave him, and making excuses for his scary, shitty behavior. When we were together, I somehow managed to get a lot done, but I still think about the years I wasted being unhappy, crying, trying to love someone out of being an asshole, instead of just skateboarding off into a happier life for myself. I think about this other, alternate early-20s-hood I could have had, filled with nice—or even just regular—boyfriends and other, simpler kinds of mistakes.

I don’t know if Rihanna is in that same sad, obsessive place, the one that’s all excuses and obsession. Maybe she’s just in that spot where the fear is really tangling her up. As much as I want her to see Chris Brown for what he is, to skateboard off into her own happier life and simpler mistakes, I can’t pretend that I don’t fully understand how easy it is to return to someone you know is bad for you and call it love. Again and again. ♦