I kind of love not sleeping, you guys. 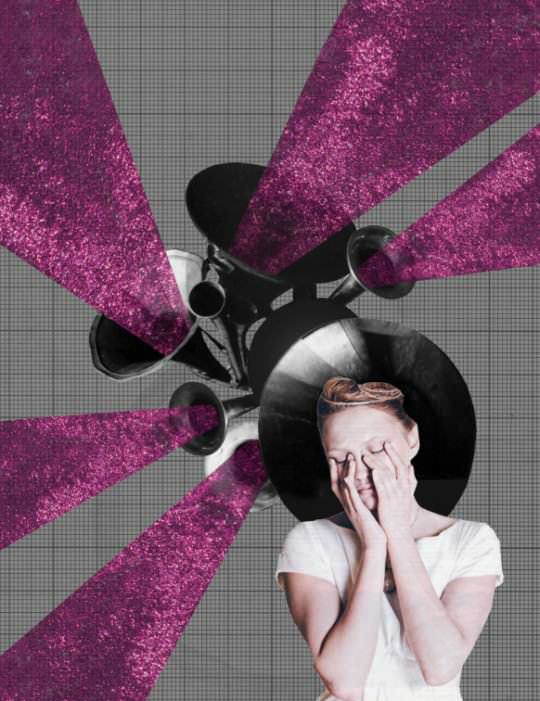 So, here’s a surprise: I am a bit uptight sometimes. In fact, I am even a bit of a perfectionist. I know this, because I diagnosed myself with it at the age of seven, when (I believe) 60 Minutes did a segment on “Perfectionism: Is It Ruining Your Life?” I looked at the list of “Perfectionism: It Is a Terrible Personal Flaw and Here Are Its Red Flags” list, and told my parents, “But I have all of those.” And then I got really obsessed with not being a perfectionist, because perfectionism WAS NOT PERFECT. I know that I did not accomplish this, however, because of the fact that I have chronic insomnia.

Eventually, wee little 60 Minutes-watching me turned into college-aged me, and college-aged me had to write and turn in essays. Now, the reason that this freaked me out was not that I blew off assignments. It freaked me out because, at some point, I would actually have to finish assignments. Instead of doing things my preferred way—writing, and then rewriting, and then deleting some paragraphs, and then writing those paragraphs again, forever, until I had written the Infinite Jest of three-page essays about anthropology—I had to stop, at some point, and hand the papers in. And if I ever stopped writing those papers, THERE WAS A CHANCE THAT THEY WOULD NOT BE PERFECT. So I looked for ways to increase my writing time. And I looked for quiet places to write and live. And then it hit me: There were 24 hours in the day. And there were a good six or eight of them that most people weren’t even using.

This is how I wound up with insomnia. Because I write, and I learned to write by staying up all night, and writing for as long as possible, until I had to finish the piece out of sheer exhaustion. It was a terrible habit, and bad for me both healthwise and socially, and I found that I couldn’t actually get to sleep before three AM even on nights when I wasn’t working. I don’t recommend it.

But let’s say that you can’t sleep. It happens. Let’s assume you’re doing the responsible thing, here, and you are going to doctors to see if your sleeplessness is a medical problem, and that even if it is not, you are doing nice things to help yourself sleep, like turning off all your lights at a certain hour, and making soothing non-caffeinated tea, and perhaps buying those freaky little melatonin capsules. They do work! But tonight, you’re not sleeping.

I kind of love not sleeping, you guys. I didn’t always. But there actually is something deeply magical about those hours of the day that no one else is using. It’s like you’re the only person in the world. And once you appreciate that, you start thinking about what the Only Person In The World can do. Exactly how weird you can get, when there’s no one around to watch you. For example:

1. The Internet Is a Vast and Magical Resource. Here are some things I know more about than I should: Elephants, and their social structure and behaviors. The history of elephants in captivity, and the abuse thereof, and whether keeping an elephant in a confined space constitutes abuse (it does). Irish and Scottish folklore; Scottish witch trials; witch trials, generally. Guns N’ Roses music videos throughout the years; their relative longness and strangeness; which Guns N’ Roses video has a dolphin dressed up as Axl. Dolphins, and their social structure and behaviors.

All of this, more or less, I owe to insomnia. Also, YouTube. And—SHAME OF SHAMES—Wikipedia surfing. I’m not saying you need to go down the old internet-hole. What I am saying, however, is that there is nobody to stop you. What’s on Netflix Streaming? WHAT ISN’T, my friend? Get out your roommate-considerate headphones, because tomorrow, someone is going to be able to discuss, in great detail, both Doctor Who Christmas specials and the making of The Exorcist, and will also be able to answer the question of whether Satan or William Friedkin was the bigger jerk in that situation. (It’s debatable!) That someone is you.

2. All Art Is Created in Solitude. Well, all art that does not require making noise or moving around too much, anyway. If your preferred art is tap-dancing, you’re out of luck. But I got bad sleeping habits by doing work for other people, and I kept them by doing work for myself. You can write poetry at four AM—in fact, four AM might be the only time when it feels reasonable to write poetry, because when you refer to “the darkness,” you will be referring to something fairly literal, instead of that time you were bummed out at Arby’s. (We refer to that feeling as “being at Arby’s.”) You can keep a very long, and somewhat loopy, journal—it’s actually better to do this at night, if you’re an insomniac, because the entries you write during the day all read “SO TIRED NO SLEEPING WHYYYY.” You can draw. You can sew (by hand; sewing machines, like tap dancing, are forbidden). You can develop a very special relationship with your iTunes library and master various forms of very quiet, restrained dancing. Nighttime is you time. You had really better make your own fun. But there’s something beautiful about the haze you see the world through, late at night, when everything sort of makes sense and sort of doesn’t. It’s a time to pursue all your weirdest little fascinations. Which leads us to:

3. Being a Straight-Up Weirdo. Here’s a shocking recent development: I’ve started meditating. I am a person who meditates, now, sometimes. I am also becoming shockingly prone to doing yoga and shopping at the health food store. I have told someone to notify the authorities if I show any signs of booking a solo trip to Italy, so that I don’t actually take this bus too far and drive right straight to Eat Pray Love Town. But it’s actually been great for me, to have new ways to deal with stress. And I don’t think I would have tried it if I could sleep. Because, here’s the thing: I started meditating, at three in the morning, because I thought it was sort of like sleeping.

Seriously! You know that thing where you’re lying in bed, with your eyes closed, trying to breathe slowly and calm your mind down, and you know it’s not working, because you’re not sleepy? It turns out that the key to meditating is to do that, while sitting up. It gets more complicated sometimes, depending on how you do it. But sitting and breathing is really the main tactic. I had dismissed all this as flaky, and religious, and hippie-like, and all sorts of things that I did not think I wanted to be. But I was doing a version of it every night. So I tried doing it for real. Because I couldn’t sleep, and no one else was around, and no one would ever have to know that I was acting like a straight-up weirdo.

You’re spending a lot of time with yourself, tonight. Try asking yourself how you feel, and what you’re up to, and what might make you happy. And then—even if your answer is sort of weird, or not something you’d expect—try doing it. You might be surprised.

4. There Are Others! So, here’s a place where you’re going to be someday: On your own. You may go to college, or simply get your own apartment. And when that happens, you are going to get the chance to meet the other denizens of the night. No, not vampires! Those don’t exist, silly. You may, however, meet dudes who hang out at coffee shops at four in the morning and claim they are vampires, which I actually met more than one of, when I went off to college.

I had a big social life, in college, that revolved around not sleeping. I knew other people who wanted to be writers; we hung out, and we bonded, and we did it all in the middle of the night, because we were awake together. We visited 24-hour coffee shops. We worked together, and workshopped our poems. We learned the value of night driving—how spooky and intimate every conversation seems, when you’re having it while driving around in a circle on a deserted road in the middle of nowhere. We watched the dawn, in the woods, together, and it was not nearly as twee or pretentious as it sounds. (Which is good, because it sounds like it was recommended by this guy.) I made out in those woods, during that dawn, and it was with the first guy I ever fell in love with.

Oh, that’s one other thing: don’t date anyone that you meet at four in the morning. You are kind of loopy at that hour. Which I found out, when I discovered that this guy was a full-on Hacky-Sacking hippie-pants, of the sort who would tell you he wanted to travel around with you in a van selling handmade jewelry, and also give you a lecture about tantra and “universal love,” which I later found out was code for “trying to hit that with my best friend and/or my best friend’s roommate.” And now, that is my story about the first guy I ever fell in love with. Forever. Don’t date anyone you meet at four in the morning, is the moral here. Let my sad, judgment-impaired example serve as a warning.

But there was a beauty to it. It was all so much weirder than anything that I’d do at ten AM, with a full night’s sleep. I started to enjoy sleeplessness because it was a way to be alone. And I like being alone; I think that it’s essential, at a certain point in your life, to really be OK with solitude. (This is my newly meditate-y self talking; again, if the speedometer goes past “centered” and into “Oprah,” feel free to pull me over and take my keys.) But it’s not always lonely. Outside of your bedroom, there’s a world. And it looks different at night. The people are different, and stranger. The places to go all have that hushed or slightly seedy up-all-night vibe. The possibilities are somehow weirder, and more exciting, than anything available in the day. And it feels great, after all that solitude, to explore them. To find the other people who are with you; to realize that you are all the only people in the world. ♦

art being a weirdo fun insomnia meditation the internet