Literally the Best Thing Ever: Labyrinth

I know what would make a good movie! David Bowie singing to a bunch of ugly goblin puppets and a baby!

The Rodarte Guide to Buffy the Vampire Slayer

Labyrinth is a cheesy ’80s fantasy movie starring a rock star and a bunch of puppets. And: it is literally the best thing ever. 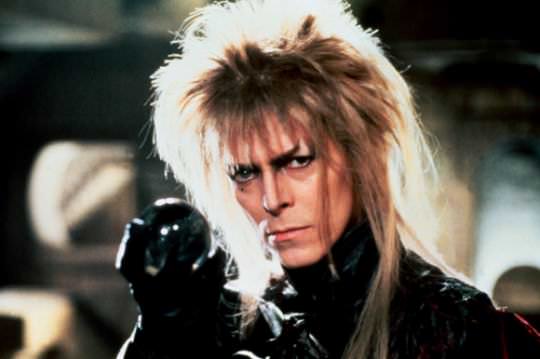 First of all, check out this list of people involved in the movie: David Bowie (the rock star pictured above), Terry Jones (Monty Python), George Lucas (you know who he is), Jim Henson (The Muppets), Brian Froud (my favorite artist)… How did all of these people end up working on the same movie? And how could that movie not be awesome?

It all begins innocently enough. Our protagonist, a rather theatrical teenage girl named Sarah, really resents having to babysit her baby brother, Toby (not that I blame her—babysitting never ends well). She starts invoking the goblins from a book she’s reading, and whoops! Turns out they’re real! And they are led by the singing goblin king David Bowie and his awesome mullet, who (Bowie, not his mullet) kidnaps Toby and takes him back to the goblin lair. 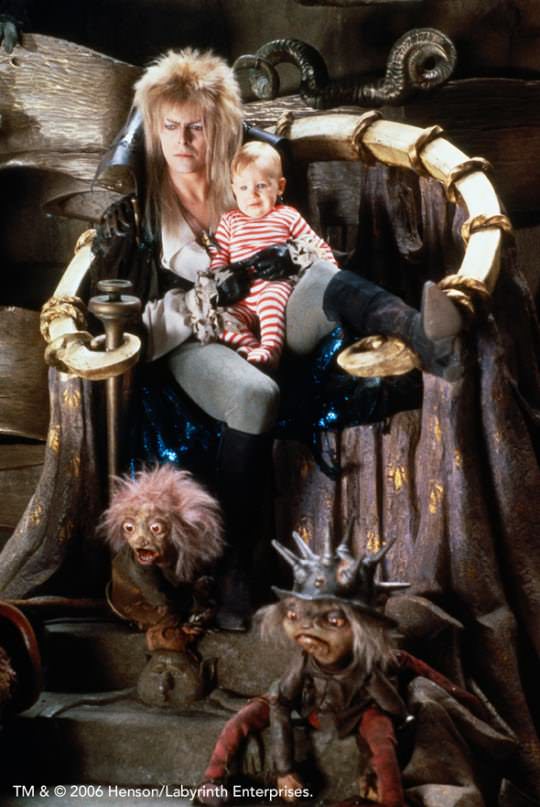 Seriously, who came up with this? Who said, “I know what would make a good movie! David Bowie singing to a bunch of ugly goblin puppets and a baby!” Because it was a BRILLIANT IDEA. It’s so patently ridiculous you just have to jump up and start dancing along with the goblins.

Meanwhile, Sarah is going on an Alice in Wonderland type of adventure through a labyrinth. Even though she accidently gave her baby brother to David Bowie, she’s going to do whatever it takes to get him back. And she has to use her wits, because everyone she meets is trying to lie to, trick, or steal from her.

And unlike pretty much every other teenage girl starring in movie, Sarah is never a damsel in distress. Instead of getting rescued, she is the rescuer. And that makes her pretty darn awesome. 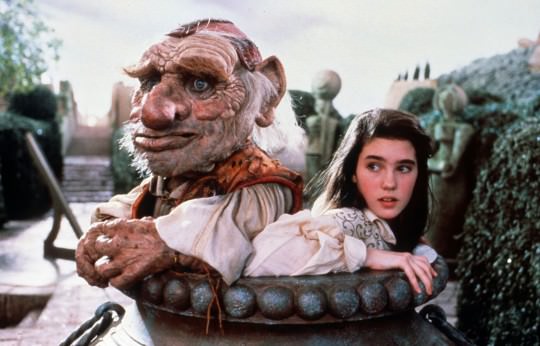 For a movie whose cast consists almost entirely of puppets, the characters are unforgettable. There’s Hoggle, Sarah’s constant goblin companion (and sometimes enemy) throughout her journey. There’s Sir Didymus, a tiny fox-dog thing who thinks he is a ferocious warrior (kind of like any small dog). And then there is Ludo, a gentle giant who can move rocks with his voice because “they’re my friends.” And there are plenty of great sets too: a tunnel made out of hands, the labyrinth itself, and an M. C. Escher castle: 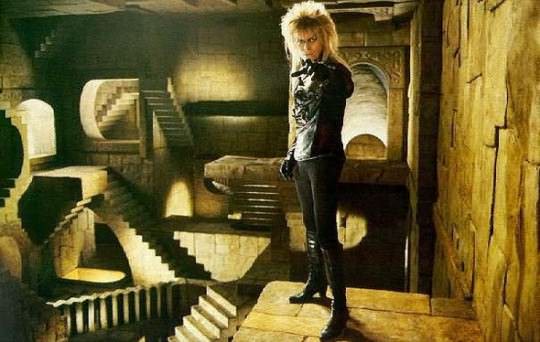 There is nothing that is not awesome about this movie: the rock-star goblin king, the ’80s outfits, the strangely endearing puppets, and the fabulous fantasyland adventures. It’s 101 minutes of cheesy, goblin-y goodness. ♦