An Interview With Sally Draper

Kiernan Shipka discusses her favorite musicals and being a Mad Men kid. 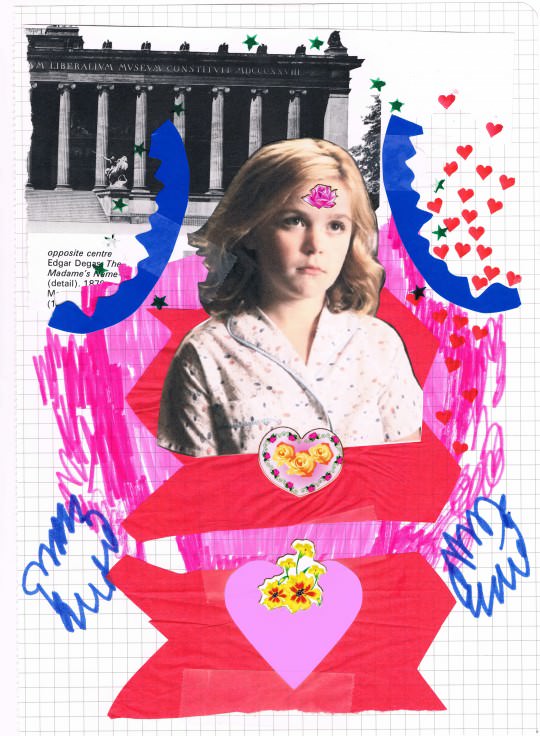 TAVI: Thanks so much for doing this!

KIERNAN SHIPKA: My pleasure! I’m a big fan of your site.

We’re big fans of yours! What’s been the hardest scene for you to act in on Mad Men?

I’d say the scenes are all challenges. It’s challenging to kind of take on the character from that time period and really embody her, because you’re not really familiar with that person and her life, so it’s a little bit harder to think, Oh, why would she be doing this or doing that? But I’ve gotten to know Sally much better throughout the years, so the scenes have just become more understandable for me.

Do you think it would’ve been harder to grow up back then?

I’m definitely glad that I’m growing up now instead of the ’60s, ’cause I think there are definitely more opportunities for me, but I mean, I love working on Mad Men because it’s set in the ’60s. The fashion was so amazing—it was a whole different world back then!

What’s it like being one of the only kids on set?

It’s fun being one of the only kids on set. I mean, I love being a kid, and I love being on set! And everybody’s so great to work with.

Sally freaks out when her father tells her they’re seeing the Beatles. Whose concert would make you scream that loud in real life?

Probably Adele. I’d be super excited if I got to go to one of her concerts.

It’s definitely a toss-up between a couple different things. I like The Sisterhood of the Traveling Pants, which I recently read, and I love reading lots of different fashion books too.

I know you really like fashion. What’s so fun about it for you?

Our costume designer, Janie Bryant, does an amazing job of pulling pieces from every vintage store possible, and really making the wardrobe look totally like it was from that time period. It’s amazing what she does. I love all the dresses, the crinoline. Everything about it is just so fun.

I bet! What about your personal style?

My personal style is always changing, but I really like Stella McCartney Kids right now, and I love the vintage shopping in L.A. Just down on La Brea—it’s the most amazing shops. I mean, I got this fun dress from maybe the early ’70s for $28, and it’s amazing. I love it. Everything there is so fun and one-of-a-kind.

The ’60s and ’70s—would you say those are your favorite decades for inspiration?

Yeah, definitely. But I get inspiration from all the different eras to kind of put into my style every day.

What would be your dream role? Is there anyone you’d want to play in a biopic?

My dream role! I haven’t really thought about it too much, I kind of just wanna see what comes up. I’d love to do a movie that involves singing. I think that’d be really fun, ’cause I’ve never done anything like that before.

I do! I do sing a little bit. It’s not my main thing, but it’s fun whenever I get to.

Do you like musicals? I’m such a theater geek.

Oh, I’m a total theater geek too. I do a theater program, and it’s where I got most of my friends, and we just have the most fun. We just did Grease.

That’s so cool. The clothes must’ve been good in that, too.

Yes, the clothes were really fun. We also did Into the Woods. Those costumes I thought were the best, because there were Cinderella costumes, all of that.

I was Jack! There were no boys in it, so all the girls had to play boys.

He has the best song!

Exactly! “Giants in the Sky” is awesome, I love that song.

Into the Woods is my favorite musical of all time, I just have to say.

I’d never heard of it before, but then I kind of fell in love with it after I did it.

Hmm…it probably actually has to be Into the Woods. I think everything about it is just really fun. I love The Lion King, too. And Wicked’s great too, of course.

What did [Mad Men creator] Matthew Weiner tell you about the role of Sally? I heard that she’s modeled on his own sister.

What Matthew really told me about Sally—when the whole divorce [between her parents] was happening especially—he just said that Sally’s really in a super tough position right now, and like any girl her age who is used to just a fun kid life, it’s been really hard and she doesn’t really know how to handle it. She’s kind of just trying to figure her way out and move forward.

Were you sad, as a fan of the show, when Don and Betty split up?

I mean, I was sad, but actually super excited just because I thought that the material could be really cool. I love the more dramatic scenes. I guess if I was just watching as a viewer I’d be more sad, but I was excited!

This is random—I read that you’re from Chicago. Did you ever go to Kiddieland?

Yes, I love Kiddieland! It’s the best place ever! I remember going down some big water slide with my mom probably about 50 times and then I had to go up with other people because she was getting sick. It was just the best. It’s better than Disneyland. ♦