In Defense of Quitting

I can’t believe Rookie published this! They’re encouraging people not to do well in school!

Friday Playlist: Sing Me to Sleep 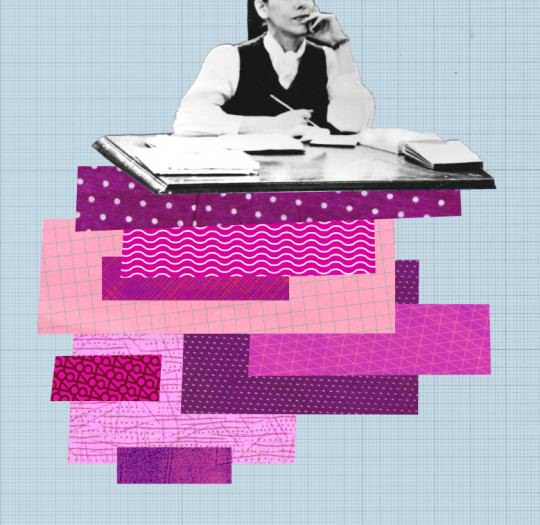 Growing up, I was always the “smart girl.” This label was so much a part of me that once someone I only knew through an out-of-school theater group called me that, despite the fact that I had only ever talked to him about our production. You could tell just by looking at me that I was someone who knew her way around a Scantron sheet.

Being smart was my identity, and it was a heavy burden. I internalized every word adults told me about my future: good grades + hard work = good college = fame + fortune. And I thrived on getting those A’s. They meant I was doing everything right, and that no matter how hard things were now they would get better, because people with high grade-point averages go places.

I was way stressed out, and I knew it. But it didn’t matter, because those A’s were still coming in. I remember reading an article in Girls’ Life magazine by a girl who was even more overachieving than me: she was taking something like four AP classes and had to stay up all night to finish her homework. Of course, she got completely burned out. Long story short, she dropped two classes and lived a happier, more balanced life.

I read this great, inspirational article and thought, “I can’t believe Girl’s Life published this! They’re encouraging people not to do well in school! That girl was amazing, and now she’s a quitter.”

Yeah, I was insane, and full of myself. But I was also really proud of my hard work, and I felt kind of insulted that a fellow smart girl was “leaving the lifestyle.” When so many people your own age dismiss you as a nerd you kind of have to adopt a feeling of superiority to survive: “Whatever. Someday, I’ll be their boss.” We knew what was important, even if they didn’t.

Which is why it blew my mind that even my fellow nerds sometimes put other priorities ahead of school. I had similar scathing opinions about people who skipped school for their birthdays or “mental health days.” Yet I missed school every Friday for an extracurricular theater program, which was somehow OK in my book because it was school-sanctioned and would look good on a college application. I was a judgmental hypocrite, and the only reason that I had any friends was because I only judged them silently.

Me being a jerk aside, this would all have been all right if it hadn’t had such a huge impact on the rest of my life. My stomach was always in knots, worrying about the next paper or test. Math was the worst, because it was the one subject I didn’t excel at. I wasn’t bad at it, even though I thought I was. I was just average. I got Bs and Cs and struggled hard just for those. It was traumatizing—in fifth grade my mom and I would work on multiplication tables and it would always end with me crying because I just didn’t get it. In high school, I didn’t cry anymore, but I did panic and try to drop pre-calculus. (My guidance counselor talked me out of it. I think I ended up with a C.) Math “ruined” my GPA and nearly ruined my sense of self-worth. If I wasn’t smart, then what was I?

I didn’t figure out the truth until well into college: no matter how hard I worked, it would NEVER END. Now I was in the university honors program, and I had to keep a high GPA if I wanted an honors diploma and a good application for grad school.

Say I went on to grad school. Then what? Was I going to have excel there too, and then get a Ph.D.? What else is an exceptional student going to do? I’d have to keep going, keep proving that I was worth being called “smart,” and eventually I was going to have to get a good career and excel at that until the day I retired/died. Anything else would be a waste of my talent.

I had to work even harder to keep those good grades in college, and the stress was catching up to me. I had migraines for weeks at a time. My jaw and neck clenched up so hard that I couldn’t eat or sleep due to the pain. For the first time, I was no longer consumed by the thought of being the best. Now that I was being held back by physical pain, my goal was to be “good enough” despite the headaches. Fortuitously, my self-destructive cycle of anxiety and perfectionism actually broke itself by making me sick, and I will always have to be grateful for that. Because “good enough” was still pretty darn good. I started getting treatment for the anxiety and the migraines, and I learned how to pace myself.

I still managed to graduate with that honors diploma, but I made a decision. I was not going to go to grad school or law school or a career as an investment banker (ESPECIALLY not that—ugh, math). I could always go back and do those things later. For now, I wanted to do something interesting and meaningful and FUN. And that’s how I ended up working for an environmental charity in Washington, D.C., and writing for Rookie. Not bad for a quitter!

I’m glad I eventually learned my lesson, but it took so long, and caused a lot of physical pain to boot. Here’s what I wish I’d taken away from that article in Girls’ Life back when I was a teenager: Doing well in school is important, but it’s only one aspect of your life, and it is possible to work too hard. If you’re not happy, what good is success? ♦