If Only Tonight We Could Sleep

Staying up all night is fun…unless it’s against your will. Here, some remedies for insomnia.

An Interview With Sally Draper 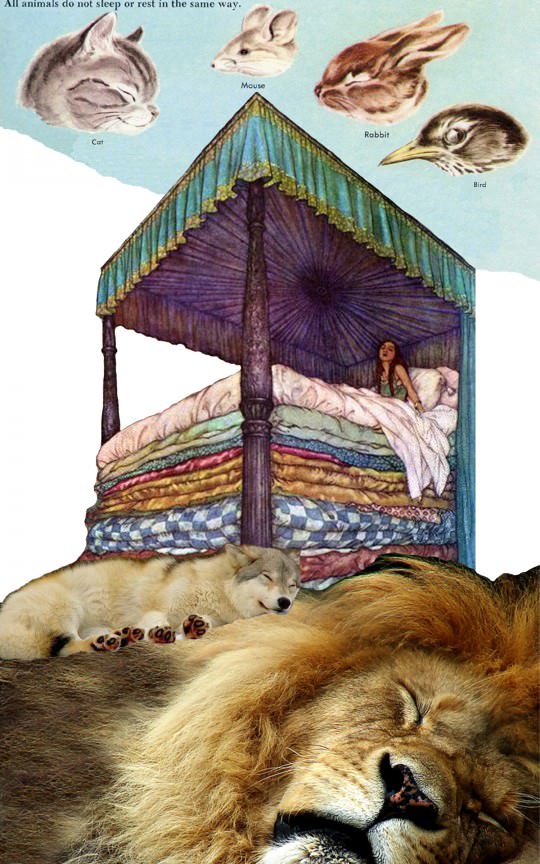 The first time I stayed up all night was not for fun. It wasn’t even intentional. I spent the night before my first day of eighth grade huddling beneath my comforter, squeezing my eyes shut and wishing they would stay that way naturally, effortlessly. But my mind wouldn’t shut down. I worried over a thousand tiny and not-so tiny things like my outfit, my new classes, the girls who’d picked on me over the summer, and, most of all, who would fill the void that my best friend had left when she moved away. These thoughts spun round and round while I tossed and turned. I got up to pee. I got up for a drink of water. And then to pee again. And then more water. And then it was too hot. And then my alarm was blaring and I totally had not slept a wink.

This might sound familiar to you. Maybe it happened once, maybe it occurs once a week, or maybe you struggle to get to sleep EVERY NIGHT OF YOUR LIFE, which was the case for me from the ages of 13 to 30. And none of the doctors I saw, not my general practitioner, my psychologist, or any of the sleep specialists, could tell me what caused it. I went in for one of those overnight sleep tests where they monitor you while you attempt to sleep in a hospital bed with a bunch of wires taped to you, and they said there was nothing wrong with me. I didn’t have restless leg syndrome, sleep apnea, or any other physical issues. I also took a lengthy psychological survey, and it was determined that though I have struggled with depression, that wasn’t the cause of my sleeplessness either, since it went on even when I wasn’t depressed. My diagnosis was “general insomnia.” As one doctor told me frankly, “We don’t know what causes it and we don’t have a cure.”

When I was 18, I was prescribed Ambien, which was thought to be a wonder drug for sleep at the time. It didn’t leave you in a haze the next morning like older sleep aids. It hadn’t yet been discovered that it had weird side effects like sleep eating, though I did find it a little odd that the first time I took it, with a friend who had a prescription, we woke up to find my laundry balled up around my room and then vaguely remembered “making nests” for little creatures that we’d hallucinated. That didn’t bother me much because (a) I thought it was fun, (b) it didn’t seem worse than drinking myself to sleep with wine, which is what I’d been doing at college, and, most important, (c) I hadn’t slept so soundly in five years. Ambien worked really well for me. I mean, eventually I was up to three and a half pills a night, but the doctors told me it was OK. “You can take it forever” was an exact quote from one specialist, who also assured me that it wasn’t addictive, though I might experience “a little kickback” when I stopped.

It was all good until I turned 23 and was no longer covered by my mom’s insurance. Ambien, which was not sold as a generic drug at the time, was insanely expensive. That’s when I started trying to get off of it. Ultimately it took seven years to wean myself from the drug I was assured wasn’t addictive. Part of it was psychological, but that “little kickback” the one doctor told me about? For the first two weeks that I went completely without Ambien—a feat that took me five years to work up to—I slept four hours. And I don’t mean four hours a night, I mean four hours total. But eventually I achieved what I thought was impossible: solid, drug-free nights of sleep on a regular basis. I still struggle sometimes, but now I have an arsenal of techniques to try when I do, and here they are: