Songs for a dangerously good time inspired by our favorite bad girl.

Sneaking out every. Single. Night. Hanging out with Effy can be sort of dangerous, but I guess that’s what you should expect from such a daredevil party girl. Her taciturn ways and destructive personality make it hard to get through to her, but Effy will always be a crazy queen of the night.

So smear on the glitter eyeliner, get your brother to distract your parents, and slip out tonight to dance until the break of dawn with Effy Stonem. Just don’t get into TOO much trouble! 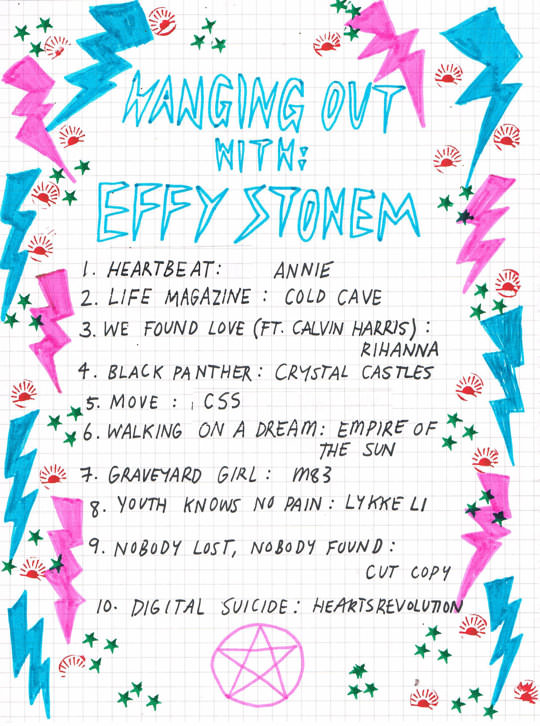