Correspondence from a Cool Aunt and Uncle. 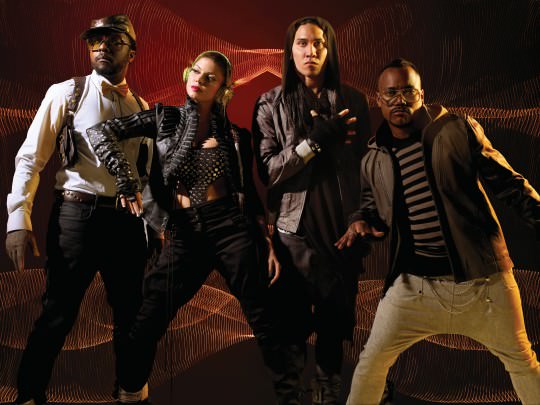 My aunt Debbie and uncle Mitch are the best, and I love them. Aunt Debbie tries really hard to keep up with pop culture, and sometimes she turns to me for help (much to Mitch’s dismay). Below is a sampling of the emails I’ve received from them over the past few months:

Are you still into the Jonas Brothers? I saw one of them on a granola bar commercial the other day. Not the eyebrows one, the other one. Rick? I think it was Rick. It made me think of you. Miss you!

Nick! I can’t believe I remembered that wrong. Has it really been four years since we went to see them in concert? I guess it would make sense that you aren’t into them as much anymore. Who are you into now? Let me know and I’ll try to get tickets. Uncle Mitch sends his love.

Thanks for sending that Skrillex video. At first I thought it was broken, because the song sounded a bit like the Volvo did last spring, right before it broke down: womp-womp-womp-womp. Uncle Mitch informed me that it’s supposed to sound “like a dying copy machine got into a fight with Chewbacca at a haunted-house rave on Mars.” Is there anyone else you’d like to see in concert? Not sure Uncle Mitch and I could handle Skrillex for two hours. It’s a bit like The Polar Express, you know? When people get too old to hear the bell? Dubstep is our bell, love.

Miss you much,
Aunt Debbie

What the hell was that video you sent us? Take it from your mother’s brother: if you want to listen to something loud that will piss off your parents, forget this Skrillex crap and listen to SLAYER instead.

Good news! We got those Taylor Swift tickets you wanted. Uncle Mitch knows a guy who knows a gal and we’re going to be in the third row. Well, you and I are, Uncle Mitch refuses to come. Typical Mitch! Do you think we need to dress up? Every time I see Taylor Swift, she’s in a ball gown. I don’t want to look like a mess in comparison. If you need glitter for your hair, let me know. I think I still have some left over from a phase I went through in the late ’80s.

I’m so glad you liked the show! I liked it too. She was great!

Quick question: what does “going ham” on popcorn mean? I heard someone say it at the movies the other day: “I’m about to go ham on this popcorn.” Do they put ham on popcorn? I didn’t see any at the concession stand. Sounds kind of gross!

Thanks for the birthday wishes! I’m about to go H.A.M. on this piece of ice cream cake. (Did I use that right? I think so.)

Please teach your aunt a new word. So far this week, she’s “gone ham” on the following: the vacuuming, a frozen pizza, a Joan Didion book, a crossword puzzle, 15 minutes of Just Dance 2, paying bills, and watching seven episodes of Breaking Bad in a row on Netflix. I don’t even think she’s using it right at this point. Just teach her something else, please? Make something up, if you have to. I don’t care at this point. Send her whatever you can think of.

Thank you so much for sending me this Kreayshawn video! She’s a riot. I really like her bow. Uncle Mitch wasn’t as impressed, and seemed a bit miffed that she said something vaguely negative about Arby’s. He really likes Arby’s. He’s probably about to go ham on some curly fries as we speak.

P.S. How do you pronounce “Kreayshawn?” Also, what is “swag?”

FYI: There is a sale going on at J.Crew. Just bought two Jackie cardigans for under $70. SWAG! SWAG!

“Swag” is worse. Make it stop!

Never Mind the Bieber, Listen to the Sex Pistols,
Mitchapalooza

Thanks for letting me know that “swag” is over. What’s the new buzz? (Is “buzz” still a thing?)

Just got back from a shopping trip to Macy’s and I have to ask: why does Justin Bieber have a fragrance? And why is the bottle reminiscent of a Georgia O’Keefe painting? Is he interested in art? Are you a fan of his? He seems like a nice young man, though I don’t care for his hairdo. Would you like a bottle of his perfume for your birthday? If not, what would you like?

Happy happy! So glad you liked your gift. Uncle Mitch picked it out. Please apologize to your parents on our behalf.

Glad you liked the guitar. Warning: if you try to learn Katy Perry songs on it, it will burst into flames.

Who sings that song that goes “every day I’m shufflin’?” That is a catchy song! Is it the Black Eyed Peas? They are a lot of fun.

Thanks for telling me the name of that band. How do you pronounce LMFAO? Luh-muh-foh?

Also, the Black Eyed Peas are taking a break?! Why isn’t anyone talking about this!?!?!?!

Hey, thanks for introducing your aunt to LMFAO. This is sarcasm, by the way.

Get the Led Out,
Uncle Mitch

We miss you, too! We’ll see you at Christmas. It’s a three-hour drive, so we’ll definitely listen to that playlist you put together for us. Did you put a lot of LMFAO on there? I hope so. Uncle Mitch hopes so too, I’m sure. Can’t wait to see you!