Being photographed at parties was fun. Until it wasn’t.

David Sedaris Is As Awesome As Everybody Hoped

When I was six, my mother asked me if I wanted to be a model. I said yes, and she proceeded to pull me out of school each week to attend what felt like every “go-see” (auditions, essentially) in the tri-state area. I remember being trussed up in flower-girl gear for the cover of a bridal magazine and blowing into a dirty, flatulent-sounding trumpet on a shoot for a math textbook. It was a glamorous world, and I savored every moment of it. On the days that I would get picked up from my school lunchroom for a job, the other kids would ask for my autograph on napkins, and I graciously obliged. This gave me ample opportunity to experiment with spelling my name A-M-I and dotting the more feminine last letter with a heart, a signature that seemed more befitting of the star that I so clearly was. 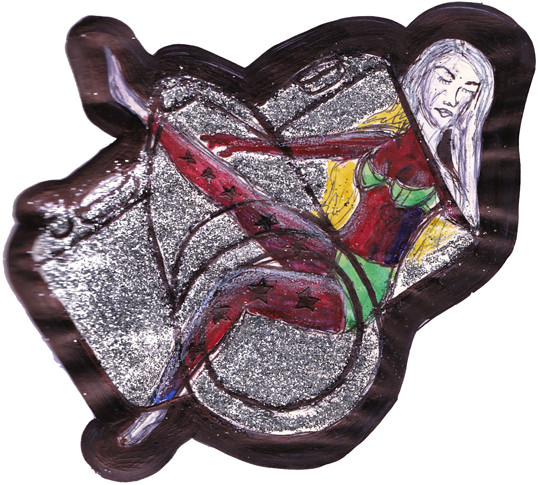 Given this high-profile lifestyle, I thought I was going to be a model forever. Then, disaster struck. Most of my teeth fell out within a few days and my mom had trouble finding a market for a pretty blonde kid whose smile made it look like she had been competing for the Stanley Cup. When my adult teeth came in, I was even less marketable. In fact, I think my aesthetic would have been best described as “in desperate need of a corrective retainer.” The next time my mom picked me up from lunch it was because I was going to visit my great-grandmother, and no one asks you to sign peanut-butter-stained napkins for that. A-M-Y had returned for good.

Jaded by the fickle modeling industry, I swore off the business. So when I moved from New Jersey to New York City for college in 2008, perhaps it was this lingering bitterness about being photographed that led me to hate the idea of party photographers—the guys (and they’re almost always guys) who take pictures of attractive people out on the town and then put them on websites alongside a few strategically placed advertisements. This is an excerpt from a blog post I wrote in February 2009, soon after my 18th birthday:

“I used to think that the ugliest profession in the world was taking and selling pictures of celebrities, but now that everyone considers themselves famous, those original jobs have been augmented with an army of creepy little underlings [who] are much worse. They mill around at parties that normal kids attend, looking to capture vivaciousness and youth. They try to sell us to ourselves—don’t let someone else show you what they think your ‘image’ is. You are powerful, and, yes, beautiful, and crawling around on the Internet to see who else thinks so can only undermine those parts of yourself.”

A few months later, I’d pose nearly naked in the apartment of a well-known photographer of the sort I had written so harshly about. Clearly, it didn’t take long for me to close the distance between total judgment (of the people who appeared on those websites) and flattery (that I was considered cool enough to be one of them). The internal vow I’d made at six was broken as a result of meeting Andrew,* a guy who maintains a website dominated by photos of girls, often in the buff, appearing to have a blast at stylish, boozy events. We were both at a downtown club one night and I recognized him instantly from the event pages of magazines. He looked just like he did in those photos: strikingly handsome and self-assured, with the fingers of his right hand closed around an expensive-looking camera. All night I had been fighting the distinct feeling that I, in my ratty green sweater, didn’t belong among the revelers in spangled minidresses. The confidence I once felt shilling clip-in braids had long since faded. Andrew strode over, introduced himself, and began fawning over me. He told me that I was the prettiest girl there. My ideas of self-affirmed beauty and power melted away in the face of his praise. That easily, my contempt for party photographers was suspended. 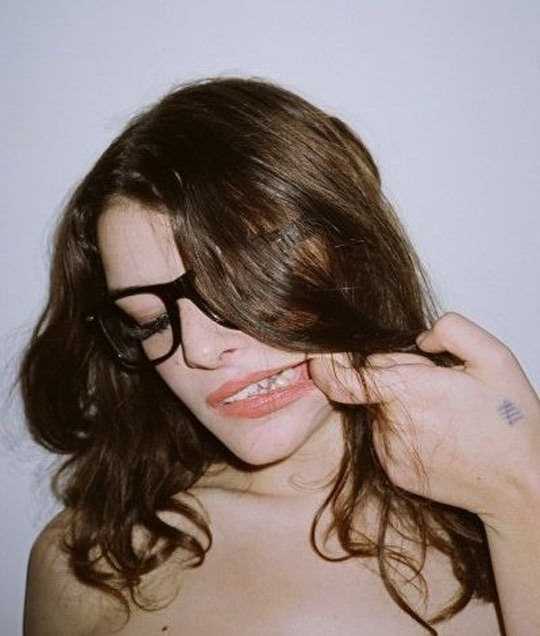 The first time I went to Andrew’s apartment, I told him how I felt about his profession in between changing into and out of the various tank tops that he kept on a rack in his living room for shoots like these. “Don’t you feel that what you do objectifies women?” I asked him. “No,” he replied from behind the lens before making the argument of pornographers everywhere: “I empower them by making them feel beautiful.” Oh, well, OK then! We worked through a few rolls of film and then he invited me to a bustling late-night party. We waltzed past the line. “What do you want the DJ to play?” he asked, and I named my favorite Smiths song, “William, It Was Really Nothing.” A moment later, I was sitting cross-legged on the bar watching everyone on the dance floor drunkenly scream “I don’t dream about anyone, except myself” while the bartender mixed me a special cocktail that wasn’t on the menu. Not only did I belong at the party, but I was somehow the center of it. It was amazing.

So began a year-long string of nights like this, where Andrew or other men in his profession would escort me to hot events and prop me up in their VIP areas. They always tried to give me whatever they could outside of actual monetary compensation in exchange for photos of me looking sultry with a glass in my hand just in case the actual partygoers weren’t up to snuff. I still felt strangely conflicted throughout these experiences, but obviously not enough to turn down their invitations. 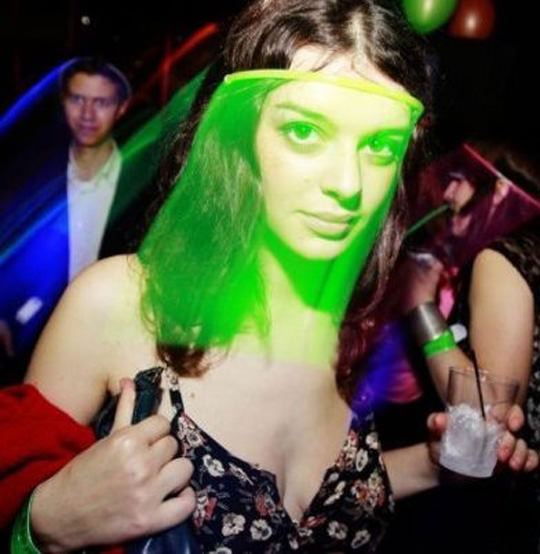 I came to suspect that while Andrew really did have a way of making women feel special and beautiful, he probably recognized my social discomfort the first night he met me and seized on it. He would often tell me how “weird” I was before immediately switching gears and saying that I was gorgeous, toying with my insecurity before making me feel valuable again with the click of his camera. It worked. The photos I took with Andrew caught the attention of many other people. I began posing for anyone who would have me, from big-name clothing companies to unknown strangers on the street, just to maintain the level of recognition that seemed suddenly so essential to my identity. Where once I had hoped that people would know my name because of my academic or professional work, I was now content to have them ask, “Aren’t you Amy Rose?” after a glance at my heavily made-up face or (let’s be real) the size of my chest, which was often the main focus of the photos. Although no one was asking for my autograph this time around, the misguided validation I had felt as a child was back in full force.

I finally realized how deluded I had become when I ran into one of these photographers on the sidewalk one afternoon. I was walking to a cafe to work on an essay for an English class when we crossed paths. Instead of saying hello, this guy made the Boy Scouts oath and stuck his fingers down the front of my shirt to glimpse what was underneath. Horrified, I twisted away from him. In the light of day, away from the dark allure of the glitzy Lower East Side holes that I frequented, I realized that I no longer wanted to be treated as though my body belonged to anyone else. I don’t agree with the self-righteous tone of my original blog post, but it’s funny how prophetic it was in terms of what happened to me. It was almost as if I was warning myself not to get taken advantage of.

I’d be lying if I said I didn’t have fun during my modeling stints. But my self-consciousness allowed me to be used in a way that seems inappropriate now. It was okay to let people take pictures of me having a good time. It was OK to pose for a suggestive photo if that made me feel good. But it was not okay to do it just to feel I belonged. If Andrew asked to take my picture today, I’d decline without a second thought. Instead of taking pride in the number of times I appear on a website, I’m much more interested in my own self-respect. ♦