Dylan and Laia are both only children, and they have FEELINGS about this. Here, they chat about those feelings. 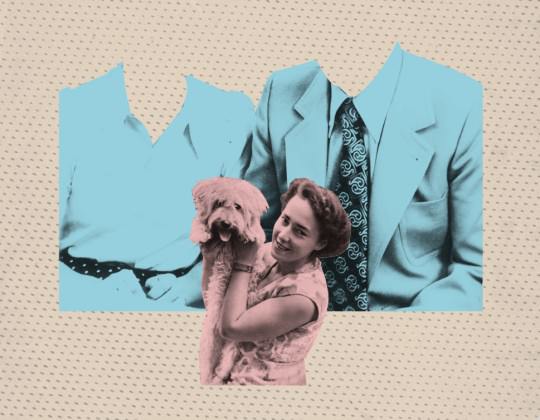 DYLAN: I’ve been wondering as an only child now a little grown up, do you feel a little bit socially awkward like I do?

LAIA: I feel a bit socially awkward when it comes to hanging out with groups of people. Even though once I get to the hanging out I have fun, a part of me would always rather stay home and just hang out by myself.

Do you have any half-siblings or are you a TRUE only child? I have two half-sisters on my dad’s side and a half-brother on my mom’s, but my sisters lived with their mom and my li’l bro was born after I moved away for college, so I never had to deal with them haha. Technically, I am an only child.

DYLAN: I’m a total true only child. I’m trying to get my mom to end up with a dude with a six-year-old kid. How fun would that be? I think that would be the funnest thing. Not having to grow up with a pesky little brother, but then getting this sort of…optional?…younger sibling to chill with? Sounds perfect to me. Then when you are a brat you can go find your dad. Cool deal!

For me, being an only child made me crave having people around me at all times. The first time I lived in dorms, I was just like, AHH YESSSSS, PEOPLE, EVERYWHERE, 24/7! In high school my dad moved out, and my mom is gone all the time, so I was home alone for most hours of the day. I love living with my friends now. I feel like I’m making up for lost time.

Also, I replaced some sibling feelings with my dog. I got him when I was seven, right after my parents took me to see My Dog Skip in theaters. After that movie they were both TOTALLY weeping, I’ll never forget that. I had been begging my dad for a dog, and he said no for years, but after having his heart shredded to pieces by that movie, he let me get one. My dog is 12 now and we are totally best friends. I’m obsessed with him, it’s not normal. I told my parents before we got him, “I just want someone to play with when I come home from school.” Doesn’t that make you just want to PUKE?

The only time I was ever, like, “MOM, DAD, WHY CAN’T I HAVE A BROTHER I WANT A BROTHER!” was when my little cousin was born. I was eight and he came to visit over Christmas, and having a baby to dangle around was really fun. For a minute. I don’t think I’d be able to handle having a growing boy in my house, 24/7. I guess my little boy dog filled a subconscious need. But that could easily be a load of BS, because I just really fucking love dogs. Little dogs. He’s such a good guy! I mean, my life did end up being like My Dog Skip, minus the charming small-town-USA life. “I was an only child. He was an only dog.” I watched that movie the day before I moved to college and wept. My neighbors heard me sobbing/heaving through my window and asked if everything was OK, I was so emotional.

LAIA: I totally have never seen My Dog Skip nor did I even know it was a movie prior to our conversation. It sounds like it would bum me out.

I don’t think I had that same reaction when I went away to college. I mean, I was used to spending a lot of time by myself but I was also ALWAYS with my friends and stuff so I don’t think I was a “lonely” only child or whatever. My parents divorced when I was a baby, so it was always just me and my mom. I never really wanted siblings. Is that weird? I was content with the universe my mom had created for me. I never really felt like I was lacking in that area.

Did you have a really tight-knit group of friends when you were in school? I definitely had a group of best friends that I spent most of my time with, but I also sorta drifted from one group of friends to the other at different points in time. Now when I look back, I wonder if that has anything to do with being an only kid or if it’s some other screwy thing in my brain. But everyone else was always so GIRL GANG and I was jealous of that kind of commitment to a group of friends. I kind of still am a loner. But I’m not trying to be dramatic about it.

DYLAN: I was a pretty reserved kid, never really considered myself “friends” with either of my parents. Then I grew up and my parents separated and now my mom and I are total buds. I mean, it was out of necessity, because it was just the two of us for most of my teen years. But since I am essentially the weird, crazy 19-year-old version of my mom anyways (as I like to think) it was an inevitable friendship. And it would have been weird to have another kid around messing with our dynamic.

Also, I feel like I got total special attention to my creative potential because there was only one of me. I don’t know if my parents would put up with, say, my switch of colleges freshman year, or even sending me to an art school, if they had other kids to worry about.

I 100% totally absolutely always felt like I was a social floater. We’re so the same right there. At my K-8, which was a very cliquey place, I drifted among the three main social groups. It surprises me that it flew with all the kids, since the social structure there was so rigid. There were the popular kids, the middle kids, and the unpopular kids. Very clear and defined. I never had a “group.”

All my independent, socially-drifty years made me just want to die to have a gang of my own. I just never really stuck with any of them. I’ve always had, say, a roster of good buddies, not a gang. I want a gang really bad. That’s just not my social building instincts I guess.

LAIA: Did you have imaginary friends? I never did, though I did like to dress up in elaborate games and play that I was a detective going undercover as a teacher in, like, the past, so I would wear long dresses and gloves and hats and then hide a water gun in my purse and teach a pretend class and interview pretend suspects, which I guess is just the same as having imaginary friends? I don’t know, what was your favorite only-child game? Haha that sounds so sad ONLY-CHILD GAME.

DYLAN: I had an imaginary friend who was a leopard named Crystal who had a diamond collar. Super-luxurious diva friend. I guess my only-child games were mostly arts and crafts, learning how to sew, giving my American Girl dolls “layered” haircuts (always a failure), lots of glue and feathers and glitter. It makes sense because that is exactly what I do in art school now, except I got a lot better at giving real people haircuts.

I’ve been thinking about how I went to an all-girls high school, and how sisterhood was a big theme there. I was so cynical about that whole sentiment of sorority—is that a word you can use like fraternity to describe brotherhood?—and thought all the girly bonding seemed so contrived. Hey, maybe that’s why I never had a total girl gang of friends! I was too busy thinking it was lame. Whoops. Was being really sisterly-affectionate with your friends a part your teenage friendships at all? I never felt that way. I know I’m a Virgo and all, but I definitely feel like being an only child contributed to my general reservedness for most of my growing up.

What weird parts of me can I blame on my parents for not having spawned more offspring? I bet a lot. Or maybe it’s just my personality? Nah, totally doubt THAT.

So, I guess I felt the only-child blues from time to time. But overall, I don’t know…I’m pretty happy with being the only kid in the end.

LAIA: Omg I totally went to an all-girl high school too!!! Though I feel like that’s a topic for another time. I feel good about everything we covered, do you?