An ode to the movies’ crazy relatives with even crazier style.

My favorite movies usually have some sort of oddball relative causing a commotion, much to the protagonist’s dismay or delight. Whether it’s a peculiar aunt, a scary sister, or a free-spirited mom, these zany characters can make a film extra special. And their fashion sense is usually just as outrageous as they are! Here, we take a look at some of the wackiest and most stylish family members on film. 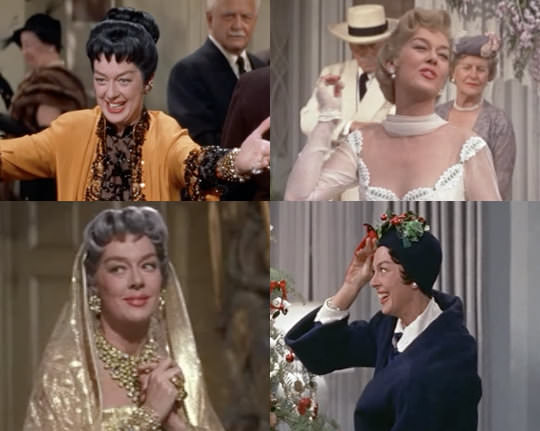 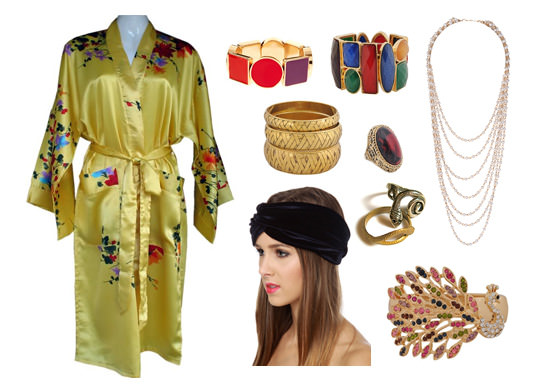 Auntie Mame, from the 1958 movie of the same name, is the aunt we all dream of having (or becoming someday). When little Patrick is orphaned and meets Mame, his only living relative, he is in for a huge surprise: she is a glamorous and cultured social butterfly who throws the wildest parties and loves to dress in theme. Cigarette holder in hand, she sashays down her staircase in long, colorful robes and a mountain of sparkling jewelry. Auntie Mame is proof that you can be elegant and refined without having to conform. Let’s toast the woman who proclaimed, “Life’s a banquet, and most poor suckers are starving to death!” by finding a colorful Asian-style satin robe (search for “Chinese robe” on eBay or visit Chinatown if there’s one in your city) and wearing it with lots of gaudy accessories like gold bangles, peacock bracelets, velvet turban-style headbands, and extravagant necklaces. Make sure you have an impeccable red nail polish, like Milani’s Ruby Jewels, along with a strong ring game. For an extra bonus, wear a snake ring, like this one from Etsy as a nod to Mame’s pickled-rattlesnake appetizer! 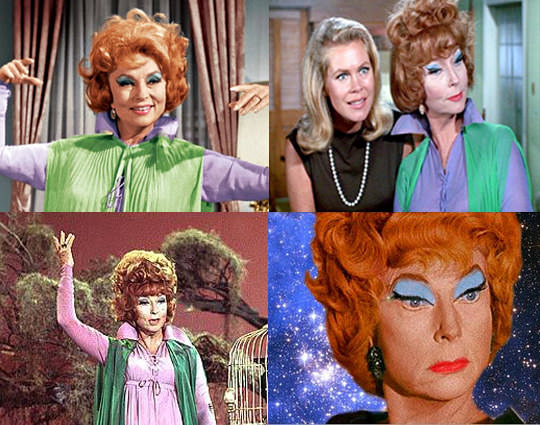 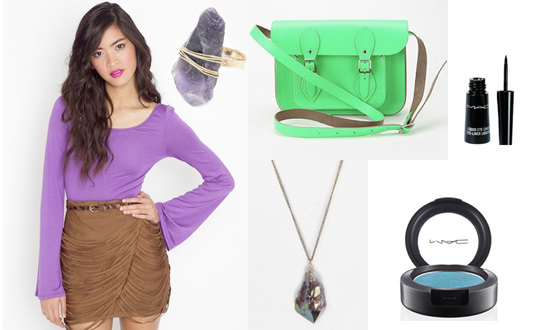 On the old television show Bewitched (1964-1972), Endora was the powerful witch-mom who hated mortals and always tried casting spells to break up her daughter Samantha’s marriage to one. Their love always overcame Endora’s magic, but nothing could overpower her one-of-a-kind style! Endora wore a lot of purple and green—often together! Cast some spells yourself in this purple bell-sleeve tee from Nasty Gal, this amazing neon green Cambridge satchel from Urban Outfitters, and equally magical jewelry. Endora’s makeup, which consists of bright blue eye shadow with a strong cat-eye, is just as flamboyant as her clothing. I used to do this same look years ago myself! Try it on your own eyes with M.A.C. Pro Longwear Eye Shadow in Styledriven and M.A.C. Liquid Eye Liner in Boot Black. And check out Arabelle’s video tutorial for the perfect cat-eye! 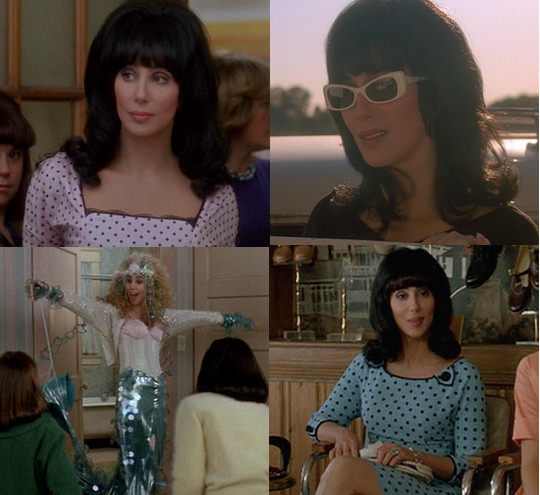 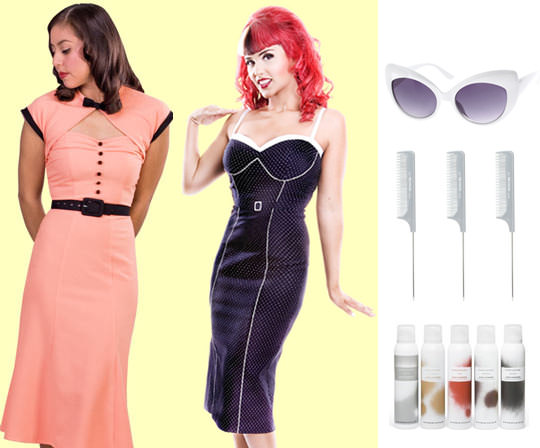 Mermaids (1990) has the one and only Cher playing Rachel Flax, aka the coolest mom ever! She’s tough and fashionable and she makes star-shaped sandwiches. OMG you guys, that’s totally going to be me someday. When I watched this movie as a kid, one of the things I remember most were Cher’s outfits, which included figure-hugging polka-dot dresses. I can totally see Mrs. Flax wearing these two Stop Staring numbers available at Daddyo’s Clothing and these cat-eye sunglasses from ASOS. Although her makeup was simple, her hair was quite the opposite. Are you ready to bring your own hair to heavenly heights?? It’s difficult to tease clean strands, so make sure your hair is a little dirty. Have a teasing comb on hand and a styling powder, like Bumble and Bumble’s Hair Powders, which are famous for their volume-giving powers. Then use a bristle brush to smooth out the hair on top of your ratty bump. Warning: you might have to duck to get through the door with that hairdo. 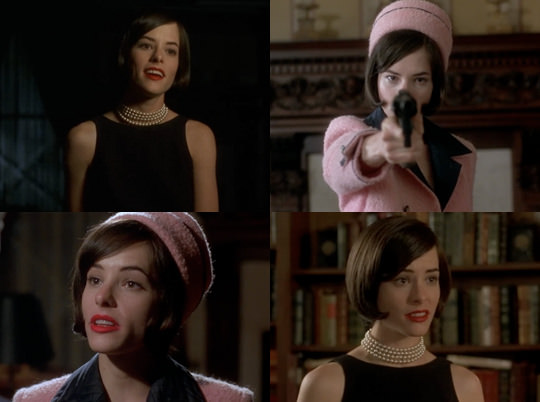 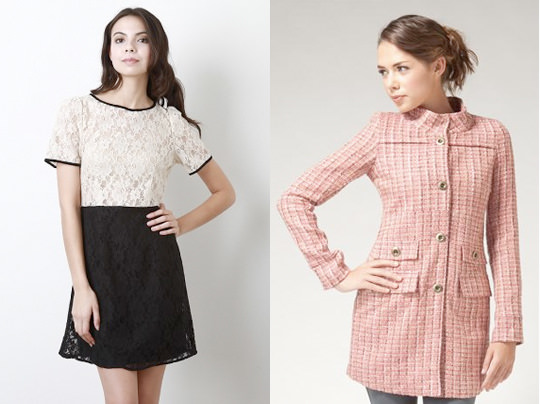 The House of Yes (1997) is more like a “House of No, Thanks” because its family members are legitimately insane rather than charmingly odd. But Parker Posey is fantastic in it! She plays a woman who is so obsessed with Mrs. Kennedy, she not only dresses like her, but also calls herself Jackie-O Pascal. She is also in love with her TWIN brother (BARF). Since her style is the same as Jackie O’s, it’s very easy to replicate. A modern version of an elegant black-and-white dress would be perfect, like this one from Urban Og. Of course, you will also need a pink tweed coat like this one from Atom Retro. Keep your makeup simple, with just some mascara, like Estee Lauder’s Sumptous Extreme and a classic red lipstick like Milani’s Color Perfect in Scarlet. 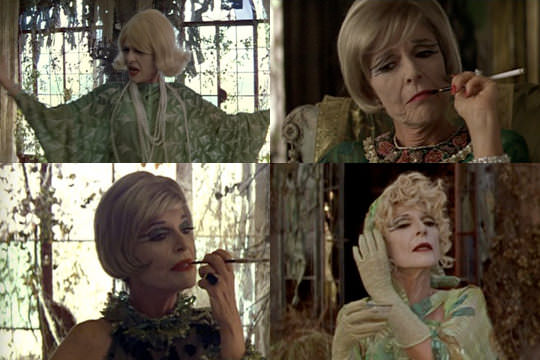 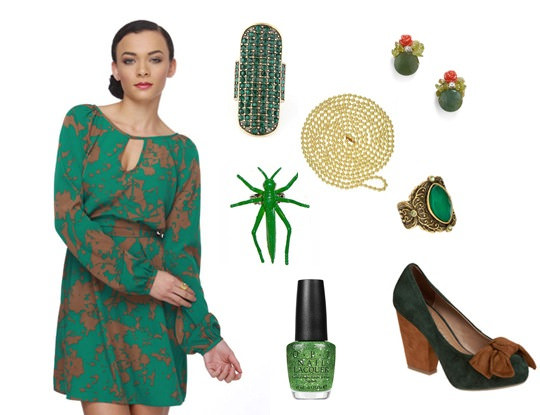 In the film adaptation of Great Expectations (1998), the eccentric old lady whose style you will covet is known as Ms. Dinsmoor (Miss Havisham in the Dickens novel). She has similar sartorial leanings as Auntie Mame, but where Mame was the queen of socializing, Ms. Dinsmoor is the complete opposite: a recluse. One thing I truly love about the movie is that all the costumes and the sets are green, which was reportedly the director’s favorite color. It made everything look even more gorgeous, and it will do the same for you! Wear something flowy, like this dress from Lulu’s. Pile jewelry on top of jewelry (from left to right: Ozma Green Rhinestone Ring from Lulu’s; knotted pearls from Girl Props; Garden Artistry Earrings from Modcloth; Grasshopper Ring from Girl Props) and prance around in these Modcloth Forest Pumps For emerald eyes, Wet n Wild’s Color Icon eye shadow trio in I Dream of Greenie would be perfect, along with a pair of M.A.C. #3 lashes. Finally, paint your nails with Fresh Frog of Bel Air from OPI’s Muppets collection! 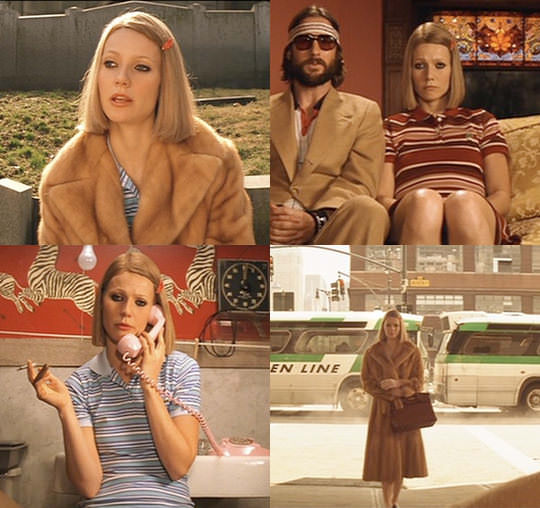 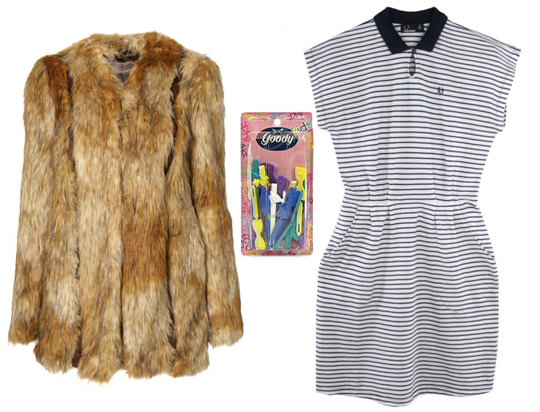 The Royal Tenenbaums (2001) is about a family of child prodigies who reunite when their jerk of a dad announces he is dying. The daughter, Margot Tenenbaum, is a playwright who holds many secrets and a permanent bitchface. Though her signature outfit—striped polo dress, long brown fur coat, baby barrettes, and heavy eyeliner—doesn’t vary much throughout the film, it’s both memorable and simple enough to be someone’s costume every Halloween! Seriously—I swear I see a Margot Tenenbaum every year. Try out her look yourself with Topshop’s brown faux fur coat, or test your luck at a thrift store! Not too long ago, I saw some striped polo dresses at Ross. If I don’t find one next time I go, there’s this Hugo Boss one from Zappo’s and this Fred Perry one. You can get vintage Goody barrettes on Etsy and eBay, but I’d suggest looking in hole-in-the-wall 99-cent stores too…I’ve found really cool ones there. And lastly, don’t forget your only makeup necessity: a smooth black eyeliner like Smashbox’s Girls on Film—don’t use a light hand. ♦