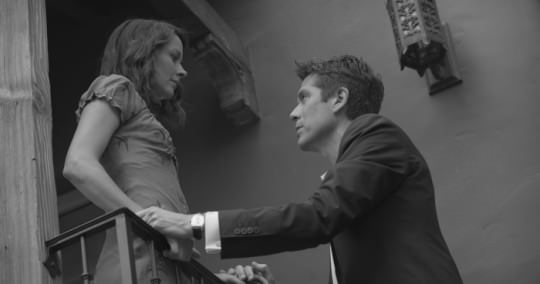 I feel like I skipped over the high school stuff out of cowardice but it’s weird to talk about because I’m, like, in a rut.

I’ve been in a rut. I was in a rut for several years. Ruts are easy to come by when you’re a teenager. The ground is pitted with them. I also know that even though I couldn’t articulate it, I was pretty much in control of my world in a sense that…you know, early on, I don’t know, maybe 14, I realized that every year I go to school and in September I’d be like “Yeah! Let’s do this! I’m very excited!” and by mid-October I’d be behind in everything. And I kind of trained myself—I gave myself this little mantra: I was like, you know, “I’m gonna be fierce this year.” I can’t remember the whole mantra, but it had to do with me being a rocket ship. And it worked. I was like, no, I’m fierce homework guy, engaged guy, doing my work, I’m a rocket ship, I’m not gonna let up. And I was working great, and then I told somebody about my rocket ship mantra, and they laughed at it. And I just stopped.

[Laughs] That’s a good metaphor for me, a lazy person…

No! I was talking about, OK, about myself, because suddenly the idea of being someone who is not engaged becomes appealing somehow. Even though I know that I actually do like math and that I am a huge nerd, that idea at some point this month became appealing to me.

You know, there’s two versions of that. One’s “I don’t want to do anything that I don’t want to do.” Then there’s also “I wish to be this person. This person who is not engaged.” Which I think are two different things.

For me it was never me-against-the-school kind of stuff, because I was raised by teachers and my mom taught at my school that I went to for 10 years, so I always sort of had their perspective in mind, and had respect for what they were trying to do, and I had some of the best teachers you could have. So it wasn’t that, but there was desire to be disengaged, or at least to appear disengaged, a desire to be…dare I say bold? Which I really never even got close to. Super did not accomplish bold. It’s not like I was gonna go hang out in the alley and smoke cigarettes with the “bad” kids. It’s just that thing where you want things to feel easy, like they seem easy to you, like you’re just sort of coasting.

Sometimes you need to get away from ordinary expectations, but at the same time it’s very easy to be a lazy person and go, “I’m getting away from ordinary expectations by not doing my homework.” And with the way some classes are run, all of a sudden you find that, yes, you’ve just become a lazy person. You actually haven’t done anything awesome or disengaged or cool, you’ve just forgotten to do your homework. Again.

Well. I’m going to take that and do something inspiring with it. Can we know anything about what Wonder Woman was like in the script you wrote?

She was a little bit like Angelina Jolie [laughs]. She sort of traveled the world. She was very powerful and very naïve about people, and the fact that she was a goddess was how I eventually found my in to her humanity and vulnerability, because she would look at us and the way we kill each other and the way we let people starve and the way the world is run and she’d just be like, None of this makes sense to me. I can’t cope with it, I can’t understand, people are insane. And ultimately her romance with Steve was about him getting her to see what it’s like not to be a goddess, what it’s like when you are weak, when you do have all these forces controlling you and there’s nothing you can do about it. That was the sort of central concept of the thing. Him teaching her humanity and her saying, OK, great, but we can still do better.

Why do you think the “humanity and the world being awful” theme is something that you visit a lot? Like in Dr. Horrible…

Well, I think the world is largely awful, and getting worse, and eventually the human race will die out. And it’ll be our own fault.

That’s gonna be my rocket-ship mantra.

[Laughs] “It’s all futile and soon the human race will die out. And now, geometry! This isosceles triangle will save us all!” No, I can be very pessimistic on a broad scale. On a smaller scale, I love people and I’m interested in them. There are certain human truths, like death, that nobody gets to escape, and pain, which everybody not only feels but needs. You have to go through it. So for everybody, at some point—very often for teenagers—the world is a terrible place. The world is a giant, awful black hole of evil conspiracy. Sometimes that’s because you have perspective on what the world’s really like, and sometimes it’s because you’ve completely lost perspective and you’re having a terrible day. But no matter what, everybody shares that feeling, and life is kind of about your ways around that, your ways around certain truths. Some people combat it with faith, some people combat it with work. For me, if I’m not writing or creating something, I get very antsy. That’s my little defense against darkness. Also, my kids.

If being creative is part of your work and not doing that work makes you antsy, but it can also be so exhausting, how do you make all of that work?

Well, you do have to shut down every now and then. That was hard for me for a long time. My wife kind of helped me by demanding that I do so. That worked out. And then I had kids, and everything changed. I learned to be present. I learned to stop and just do what I’m doing for a little while. And then I’m recharged and it all helps. I started doing yoga, too. There, I said it. Yes, I live in L.A. Clearly I live in L.A. Now excuse me while I have my protein shake and my chardonnay. Mixed together. No, that was a horrible idea.

It sounds awful. Even though I’ve never had chardonnay.

Have you ever been disappointed by anything you’ve made?

I’ve been disappointed by things other people have made of mine—the Buffy movie, Alien: Resurrection, stuff like that. I’ve been disappointed when I didn’t feel like I brought everything to the table that I could. Either because of exhaustion, or I just missed something. There’s at least one phrase I wrote that I’m like, “That is not what I’m trying to say!” and I never fixed it. It was between Willow and Tara, and it still bugs me.

Yeah. At the end of the [Buffy] episode “Family,” Tara says, basically, you always see the good in me, and when I feel bad, you make me feel better—how do you do that? And that’s not what I was trying to say. I was trying to say that you take the worst thing about me, and you make it seem like the best thing. That’s something that I got from my wife, because she does that for me all the time. She’ll take something that I’ve always sort of felt awkward about and be like, no, that makes you awesome, doofus. Ohh. How’d you do that? How’d you turn that around? I failed there. I failed. I failed America. And its territories.

You subscribed to Sassy, right?

I did, I had a subscription.

And it was for girls but you really liked it.

Yeah, I did. I liked the way they talked to girls. They talked about things like feminism, body issues, community, and diversity, but in context with teenage girls’ actual life and language—not with an agenda of either dictating their politics or getting them to buy more makeup. Other people weren’t doing that. I liked what they had to say, and I liked the bands. Definitely some people say, “It is odd that you should have had a subscription to Sassy.” But I don’t think it needs to be explained. I get complaints about Buffy that, you know, “There’s no strong men! Male character!” I’ll be interested to hear what people say about Much Ado on those terms, because men are very often supremely doltish in this movie, but even Beatrice herself is made a bit of a fool. I’ll be interested to hear some people say, “Oh my god, this text is so misogynist,” and some people will say, “No, it’s a great feminist text,” and some people will say, “No, it’s just a funny play!”

Is it any of those things to you? Just a funny play, or misogynist, or feminist…

I think it’s often chauvinist, often feminist, often funny. It’s human; it’s Shakespeare, you know? He has a very keen eye for who we are and he’s a little bit merciless with it. That’s where he gets his humor as well as his darkness. I think that’s kind of what makes it art—you can’t just be a political statement one way or the other. It’s gotta breathe beyond those boundaries.

OK, I think we’re about done. Is there anything you’d like to say to the TEENAGE GIRLS OF THE INTERNET?

Um, go geometry. Yay geometry. I feel like I gave it a bad rap earlier. Um…if there’s something I have to say, it’ll show up in something I create. I talk better through other people.

Well then I guess we’ll have to keep an eye out for what you say through Much Ado About Nothing, in theaters blah blah blah!*

[Laughs] Wow! That was segue-tastic. You just wrapped that whole thing up.

Thank you. And thank you very much.

Thank you! Nice to talk to you.

* Much Ado About Nothing is, even as you read this, being edited, and will be finished sometime in the spring.