I’m supposed to be pretty, skinny, smart (but not too smart), cool, funny, and flawless. All without trying. 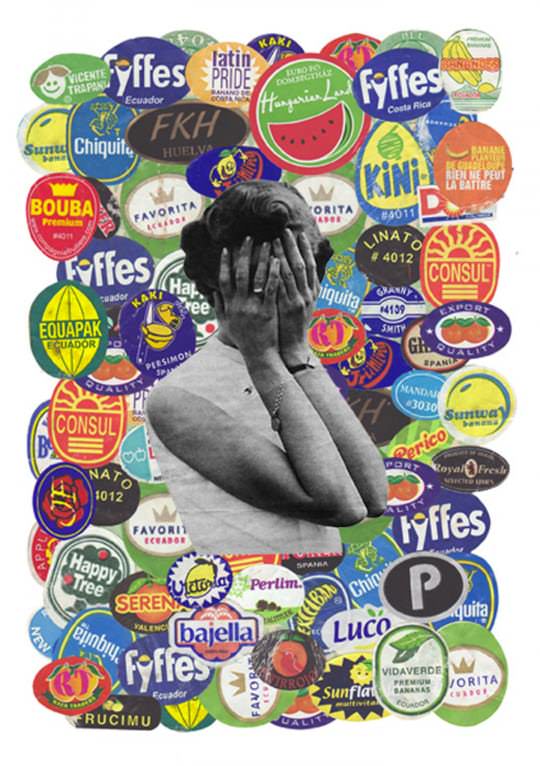 You Said It is a section devoted to writing, photos, drawings, etc. from our readers. This rant came to us from Lexi Harder, who lives in Philadelphia and describes herself as a 17-year-old part-time mermaid, part-time hibernating bear who spends her free time watching British period dramas on the internet and cleaning her room.

Embarrassing fact about me: I started keeping a food diary last week.

I feel OK admitting this secret of mine, because it’s not really a secret anymore. Last night a few of my friends found my food diary, and at this point I really couldn’t be any more embarrassed than I already am. They passed it around, reading it out loud to one another, raucously laughing. One of them pulled me aside and said, “You have a food diary? That makes you seem really…insecure.” In the face of their teasing I tried to pretend I didn’t remember writing it, but the entries were dated, so that plan backfired. In the end I laughed it off and even went so far as to make fun of myself, which finally got them to drop the subject, leaving me, my ego, and my self-worth shriveled into a ball of humiliation. It was all I could do not to curl up into the fetal position and turn into a scrap of bellybutton fluff.

There are several things I find wrong with the entire situation:

1. Who in the hell goes through other people’s things and seeks out OBVIOUSLY PRIVATE CONTENT and then proceeds to read it to an entire room? Maybe I’m crazy but I am filing that action under Very Rude, Inexcusably Impolite, and Immature behavior.2. At first the friend who found the journal didn’t notice it was dated, so I thought I was saved, but the next person who read it noticed and pointed it out. Ouch. Also immature, but I guess embarrassing me is that amusing—don’t let me keep you from your fun!3. Society in General. This point needs significantly more elaboration, but for now let’s just say that sometimes people are assholes. (See above.)

Now, I’m not saying that I think I should be pretty and skinny, etc. The GIRL POWER part of me is screaming that at the top of her lungs, believe me. At the same time, I see how easy it is for me to slip into that overly critical, probably insecure mode, where I make fun of girls who are overweight, on a diet, failing class, and almost any other insignificant point you can think of. Dumb things that certainly don’t determine a person’s ultimate value. Which makes me think that other people are saying the exact same things about me. Which leads me to record what I’m eating, which leads to shame when my friends find out I have feelings.

Still, if the worst thing I can be mocked for is the fact that I am occasionally depressed and worry about my weight and how others see me, then I congratulate myself. Congratulate myself for being human, because I secretly believe that everyone else is just as insecure. This doesn’t mean I’m not angry at how unjust everything is. Why does contemporary society condemn an (oh, I might as well say it) overweight girl who one day decides to eat a salad, but celebrate a “hot” girl who decides to eat a cheeseburger? (Never mind if it’s the only thing she’s eaten in three days. Or she may have a balanced diet and love cheeseburgers and was just born with a conventionally attractive body. Or…WHY AM I EVEN THINKING ABOUT THIS? See what happens?)

It doesn’t help that if I tried to voice these frustrations in public I’d probably also get made fun of. (You might be making fun of me right now.) People might just say I’m overreacting. I’m not. Which is why I’m wary of calling myself a feminist in public. My male friends, ill educated as to what a feminist actually is, would laugh, cease to take me seriously, and tell me to get back in the kitchen. No, seriously, sexism still exists. I have friends who think rape is funny.

I’m still angry, but I choose to look at it this way: since I can’t win, why not do what I want? I have a right to eat salad or eat an entire chocolate cake, answer questions and ask questions in class, keep a food diary or throw it away, have sex when I feel like it. And I think everyone should, because one day I want to meet people who like my ideas and won’t laugh at me because they’re afraid of other people laughing at them. Who cares, anyway? I do, I can’t help it, but it doesn’t mean I have to let caring rule who I am and what I do with my life.

If you want to submit your own work to Rookie, please send it to [email protected].