No one wore a beehive and a pencil skirt like this trio. 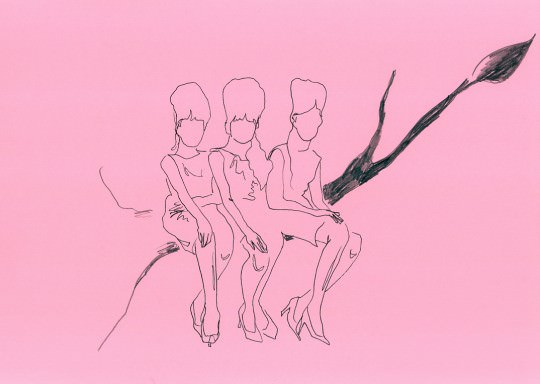 There were a million girl groups in the 1960s, but the Ronettes were the biggest, baddest, and sexiest of them all. While Motown groups like the Supremes went to charm school to sand down their rough edges and become more acceptable to white audiences, the Ronettes did no such whitewashing, and it shows. The Supremes were the prom queens of soul, poised and proper young ladies in false eyelashes and evening gowns. The Ronettes were the girls popping their gum and gossiping under the bleachers. 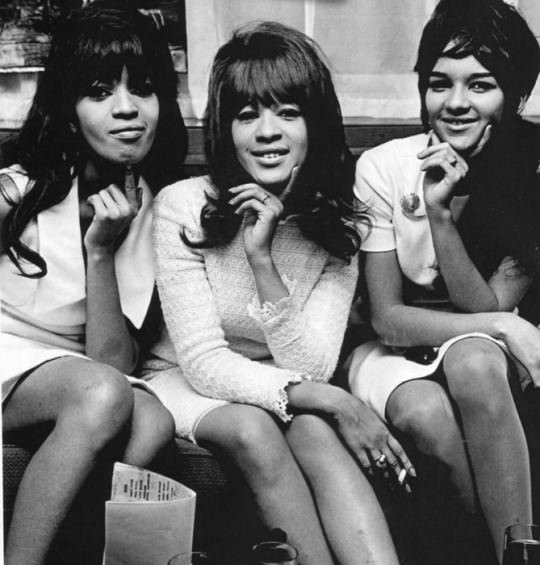 At the heart of the Ronettes’ look was the standard-issue mascara-and-miniskirt bad-girl uniform, but taken to the most ridiculous proportions: pencil skirts so tight they made the wearer wiggle more than walk, winged black eyeliner laid on so long and thick it disappeared into their bangs, hair piled so high atop their heads you were better off measuring it in feet, not inches. 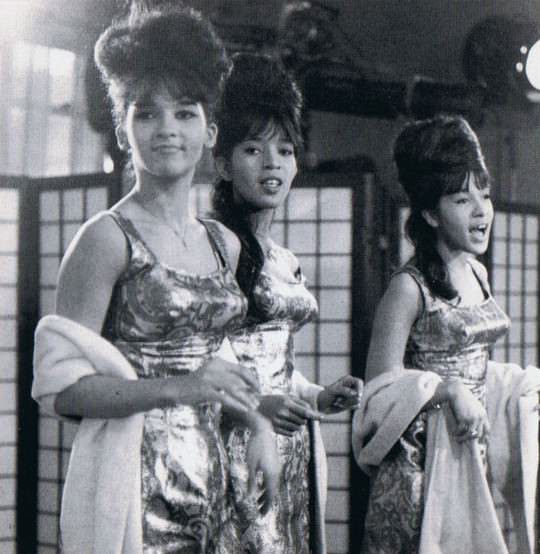 Then there was lead singer Ronnie Spector’s voice. It wasn’t the mannered croon of Diana Ross or the soul-deep belt of Aretha. It was weird: a jagged, androgynous wail as urgent as a heart attack. When Ronnie yelped at a boy to “be my baby NOWWWW,” it was as much a command as a come-on. Plus, her eyeliner game was so tight—yes, that is a wing at the top AND bottom lashes in the picture below. (Stay tuned for a video later this month from Arabelle that’ll show you how to do a quality cat-eye yourself!) 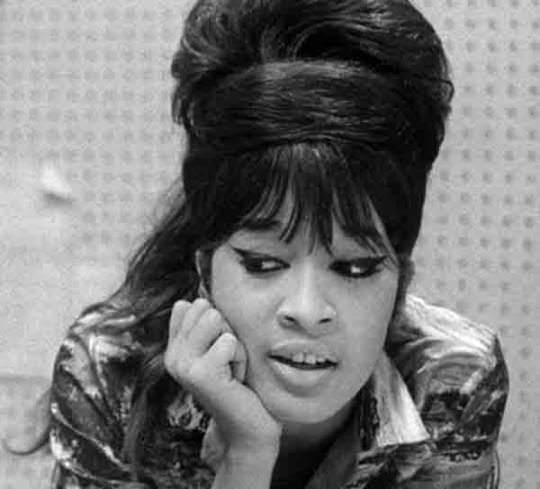 The Ronettes’ look has inspired tons of fashion editorials (see below), but maybe it’s more telling that I think of them literally every time I backcomb my hair, squeeze into a pencil skirt, or sweep liquid liner all the way up to my temples. It’s such a simple look, but it always turns heads, every place you go. 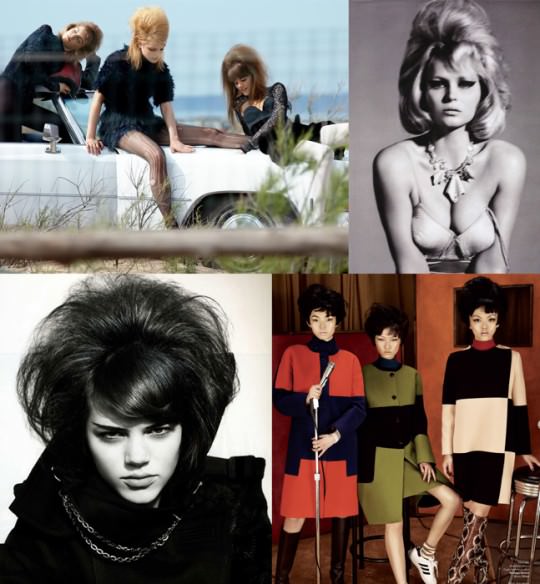 This look never gets old.