Secrets and Save Points 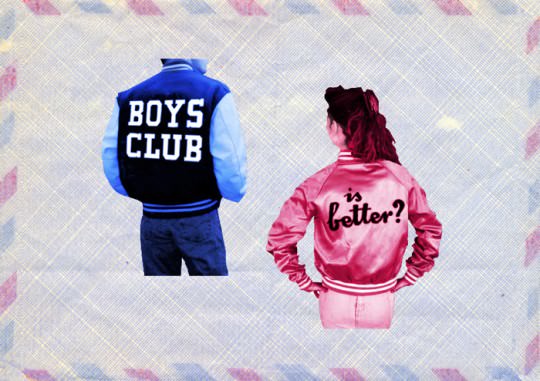 If my high school social scene was finishing school, I was always the one using the wrong fork. At least that’s what it felt like. Socializing never came easy to me. Since I was a kid I’ve struggled with social anxiety. A tendency to overthink interactions and underthink behavioral norms meant that I was always one step behind where I wanted to be when it came to making friends.

Luckily, plenty of other things came easy to me. Good grades. High SAT scores. A long list of extracurricular activities. In the kingdom of measurable indicators of success, I was queen. Wherever there was a defined way to succeed, I succeeded.

Where measurable indicators were nowhere to be found—like in the social realm—I invented them. These invented systems of rationalization helped me to manage my anxieties, at least temporarily. Teen movies served as the starting point for an absurd logic that broke socializing down into clear metrics of success and failure. In movies about ladies, I observed, social success was achieved when the main character reached a point where men considered her desirable. I didn’t want mere success though. In every other area of my life I’d found contentment in being the very best. If approval from the guys equaled success, I figured, then being accepted as one of the guys must be the ultimate achievement.

What I was at the time was insecure. I had frizzy hair that I woke up at 5 AM to flatiron before the first bell. I thought my interests and hobbies were embarrassing, so I kept them to myself. I couldn’t imagine anyone wanting to befriend a girl who found sociology blogs and detailed histories of pop-punk more interesting than the intricacies of high school drama. I was uncomfortable in my own skin and actively searching for one that felt better, or at least more popular.

In my attempts to make my (deluded) one-of-the-guys fantasy a reality, I set my friendship sights on a group of boys from my school that were generally understood to be hot. Most of them were hot in the physical sense of the word, and the rest were cool in the way that can hoist an average-looking person up into the next tier. These boys had a long history together. Listening to them talk was like walking into a movie mid-plot.

“Remember that girl Kira from the beach last summer? She’s totally texting me.”

“Do you have any idea why Doug wasn’t at practice last night?”

“So, do you think your brother is going to be able to pick up that handle of Svedka for us this weekend?”

Their conversations were mysterious and interesting to me, not because they were actually interesting, but because they implied some sort of exclusive camaraderie—a type of bond with other human beings that I’d never had. Getting in with this crowd, I figured, was the way to bring my social fantasies to life.

In actuality, of course, my life as the girl in the boys’ club looked nothing like my daydreams. The lack of sexy roughhousing and mud-play was disappointing. A lot of afternoons were wasted sitting on the couch and feigning interest in video games and rugby, two things I decidedly didn’t care about. We almost never did anything that I wanted to do. It wasn’t that they’d ever rejected any of my ideas, it was just that I never even considered making a suggestion. In this friendship, the boys were the arbiters of cool. I was just along for the ride. The very boring ride.

Hanging out with these boys was less than exciting, but more important, it didn’t really do anything to solve my social problems. I thought that becoming the Chosen One, the sole girl in a group of boys, would somehow validate me as a person. Instead, it put me on the defensive. When other girls encroached on my social circle, in the form of one of the guys’ girlfriends or even just one of their friends, I felt pressured to defend my turf, as if the mere presence of another woman was a threat to my status. I found myself deriding girls for having traits that fell outside of my idea of what boys found cool. Molly was too catty. Anna was a gossip. Ashley cared too much about how she looked. My allegiance wavered, or, to be more accurate, it was in flux. I thought the condition of girlness was less than, so I knew that I didn’t belong with girls. At the same time, I knew that I’d never really enjoy being one of the boys in the way that I thought I needed to be. I couldn’t be one of the guys and a lady and interested and bored all at once.

Eventually I abandoned the group, because I realized that the boys I’d been hanging with were crappy friends. I felt like I was always waiting—waiting for an invite to this party or a response to that text. I was never sure if they were really my friends or if I was the punch line of some mean in joke. I always felt like I was waiting for someone else to tell me what was cool. This isn’t to say that I never had fun—I did. We’d go snowboarding sometimes, for example. There were isolated incidents of fun, but on the whole it wasn’t healthy or, like, good. Still, the boys’ club period of my life isn’t one that I regret—just one that I’ve since evolved beyond.

The girl friends I have now kick major ass. One sings in an a cappella group. One is the editor of a sex magazine. A bunch of them are involved with a mentorship program that I joined earlier this year (shout out to my WYSE girl gang!!!!). Hanging out with them is different from the time I spent in the boys’ club in that I don’t feel like I constantly need to wreck on my own gender to be cool. If I call someone out for being catty, it isn’t because they’re a girl, it’s because they’re acting like an ass.

Leaving the boy’s club and seeking out new friendships taught me that girl gangs come in all flavors. Sporty ones. Catty ones. Smart ones. Feminist ones. Gangs that blur the lines and push the boundaries of what it even means to be a girl in the first place. No girl is too cool to hang with other girls, not even me. In fact, learning to make friends with girls only made me cooler, because it helped me learn how to be comfortable with who I am. Which is, among other things, a girl. ♦