We love comedians, and it turns out that they love…no, not us, but one another.

We asked a bunch of comedians and comedy writers to write about other comedians/comedy writers that they love/admire/worship. It’s basically Friend Crush, but for comedy. Here, to start off part one in this series, is one of our very favorite funny people, Kristen Schaal, who’s been on The Daily Show, Bob’s Burgers, and The Flight of the Conchords, and in Toy Story 3 and the Muppets movie. We’ll shut up now and let the actually funny people say stuff.

Why I Love Sarah Silverman 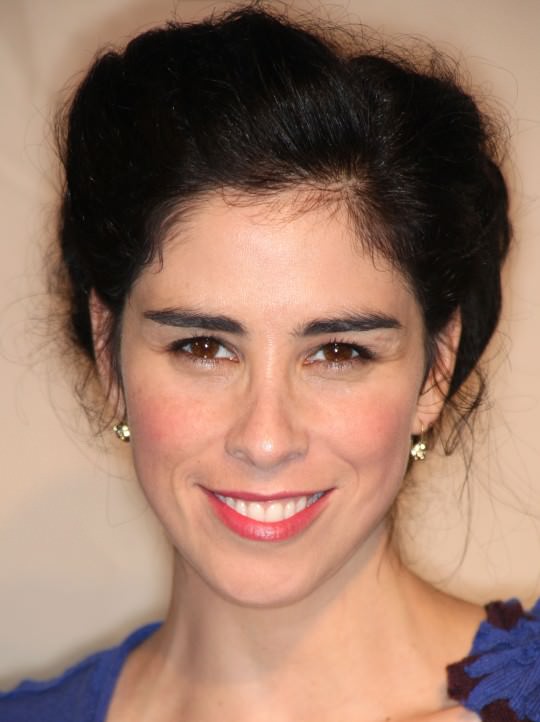 First of all, if you are female comedian you are automatically my hero. I admire every funny lady, and collect them all in my heart like it’s a tiny clown car. I can’t help it. I love comedy so much, I want to see it coming out of everybody. If you are an aspiring lady comic, I can’t wait to hang out with you down the road! And if you are Sarah Silverman, well, I just love the shit out of you.

Sarah Silverman was always on my radar, but the first time I saw her in New York was on a giant poster advertising her one-person show Jesus Is Magic. 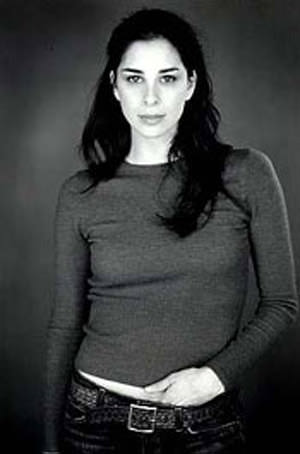 The poster gave me goose bumps. She looked confident and larger than life, and it was clear she was on the verge of taking this country by storm. She went on to turn Jesus Is Magic into a movie, create and star in her own TV show, write a best-selling book, continue doing stand-up, star in movies, create sensational videos, and unapologetically kick ass. And I soaked up all of it. Her humor is one of my favorite cocktails: fearless with a twist of surprise. We share an appreciation of the dark side. When she said, in Jesus Is Magic, that she was going to exhume the body of her 96-year-old grandma’s body because she suspected foul play, I lost it. Every layer of this joke is brilliant, daring, and masterfully played.

One of the first times I met Sarah was after a comedy show in L.A. I was with my friend and old co-star, Jemaine Clement, and a group of us decided to grab some food at a diner. On the way there I confided in Jemaine that I was nervous, because Sarah was such an inspiration to me. When we sat down, I of course wanted to make her laugh. Instead I accidentally dumped my full glass of water into her lap. She jumped up to grab some towels, and Jemaine whispered in my ear, “Calm down, she’s just a person!” He was right. But it was hard for me to grasp. Sarah is like the Joan of Arc of comedy. She dresses like a boy and absolutely slays on stage and screen. Lucky for me, she is also one of the sweetest people I’ve ever met. Even after getting doused.

Why I Love Tig Notaro 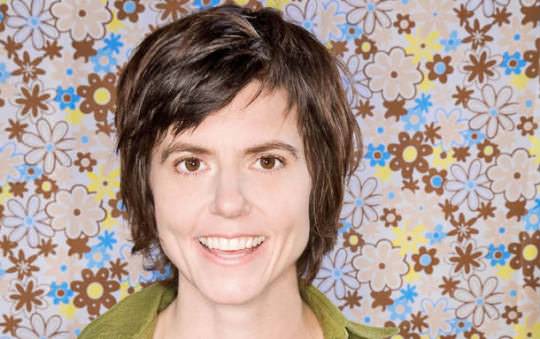 Tig Notaro is the most exciting comic I’ve seen in years. She is a cocktail of charisma and charm with a splash of dead inside. She attacks jokes from every possible angle—but with no pretense, no sense of urgency, no please-oh-please-like-me-ness.

She gets THE most amount of laughs with the least amount of words. Her comedy reaches everybody—from the most faithful Ms. Magazine reader to the frattiest frat boy.

Tig Notaro is confident, fearless, self-possessed, and unflappable, and I am in awe of her. And the best part of all? She’s my friend.

Why I Love Maria Bamford 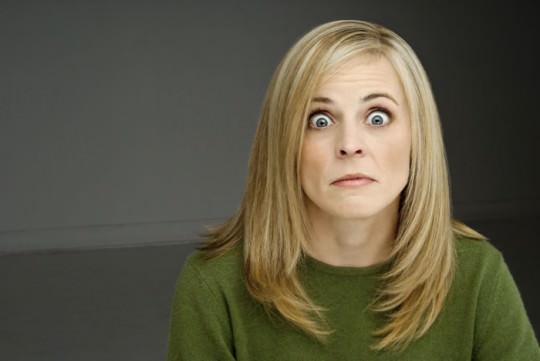 Maria Bamford has the bone structure of a supermodel, but you’d never know it by looking at her. Maria’s face becomes everything you need it to be, beat by beat, through each of her masterfully written “jokes,” delivered through her endless array of voices and characters. But she doesn’t really tell jokes—Maria knows only how to tell the truth. Her truth of the life and world around her. It’s honest and silly and it immediately sends me into fits of laughter and awe. After her shows I find myself spreading the good word, but simultaneously aching with the sadness of knowing that I’ll never be Maria Bamford. I have never seen Maria’s level of clarity and insight in another performer. Her voice, her words, her body, her face, her heart, her characters, her mind—they are all a treasure to the world of comedy. I feel honored to be alive on the same planet at the same time, as her peer. To watch Maria kill a room is a genuine pleasure. You cannot argue with or deny her greatness, and if you do, you are wrong.

Why I love Joyelle Johnson 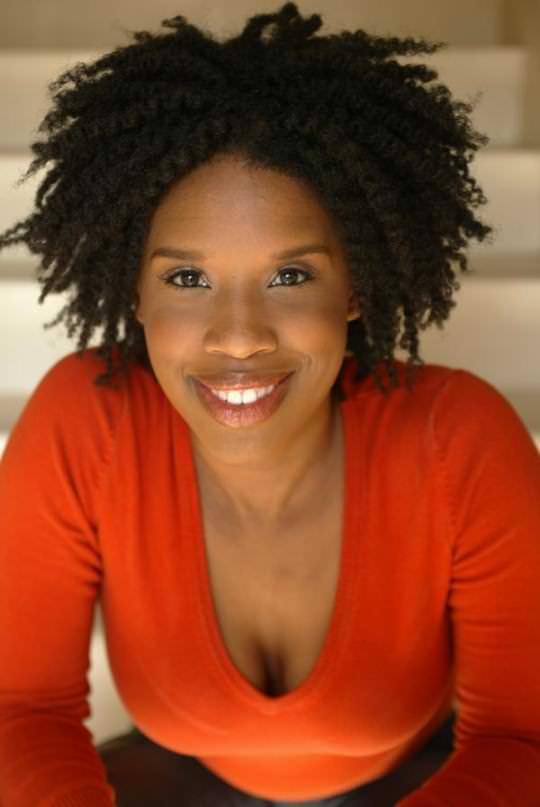 I met Joyelle in Atlanta at a comedy club called the Laughing Skull. She had been doing stand-up for just a few years and had a great energy on and off stage. Then she moved to New York City, and I saw her a year after she’d been going up to perform almost every night of the week. She had grown infinitely into this extremely polished and hilarious comic. She inspires me to remember that if I put in the effort, beautiful results will follow. She’s also really kind, down-to-earth, generous, super-funny, and altogether the kind of artist that I aspire to be. Ladies and gentlemen, please welcome to the stage…Joyelle Johnson!

Why I Love Gina Yashere 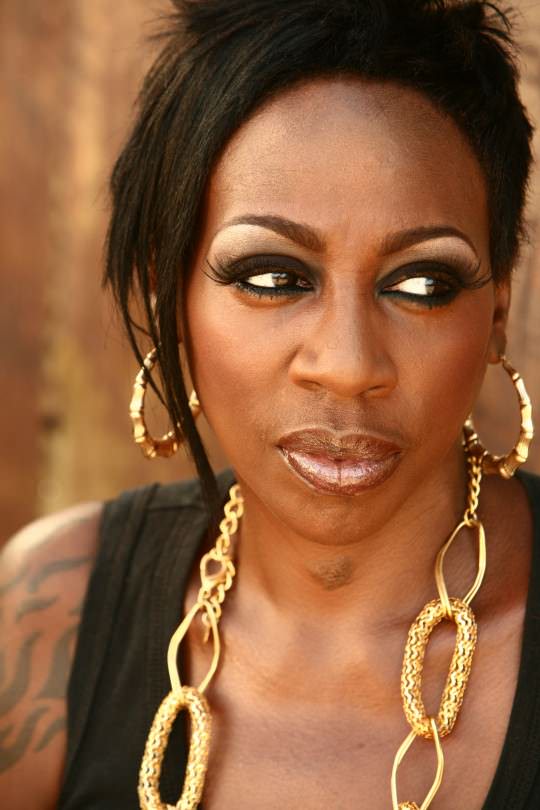 If I had a girl gang, Gina Yashere would be my muscle.

She is my true definition of a rock star. Pure confidence with a cockney accent and natural timing that makes comedy seem easy. When Gina grabs the mic, I sit down and become a stand-up student. I’ve seen her perform so many times that I’ve unintentionally committed most of her material to memory. Her perspective is omniscient and worldly: in the same set she can joke about getting her camera snatched by thugs in Nigeria, choosing a coffin for a friend’s relative in Jamaica, having a colonic irrigation in Thailand, and seeing a Dominican on the subway in New York for the first time.

Like a brand-new Shih Tzu puppy, I follow her everywhere. I was there when she was the first Brit on HBO’s Def Comedy Jam and the first (and only) black female comedian on Conan O’Brien’s Tonight Show. Most comics never dare to cross the line between “urban” (black) and “mainstream” (white) audiences. Such barriers do not exist in her world. Through her example I see what success will look like when it’s my turn.

From Gina I’ve learned confidence (she’s the shit to herself and therefore to everyone else) and extravagance (driving down the streets of L.A. with her convertible top down and the air conditioner on full blast). She’s a hustler: I’ve seen her walk into a comedy club and demand in her brash British accent, “Who books this room?” She gets the information she needs and gets onstage.

Offstage you might hear this sentence come out of her mouth: ”I’m doing Malaysia, Bali, and Thailand for Christmas. You should come over, muppet!” Right, Gina, can I take the MegaBus there? OR she might say something along the lines of, ”I’m going to be knackered for the next month because I’ve got to hop to Ireland to shoot a TV Show, Sweden to work on a cruise, and then back to London to perform a couple of one-woman shows.” Knackered? Gina, you’re in America now, speak American English please!

Yet and still, every single time she speaks I perk up and listen, because I want to be just like her. Not only is she my big sister, friend, and mentor; she is my blueprint for everything I am now and aspire to be, both on and off the stage.

Gina Yashere on The Tonight Show with Conan O’Brien from gina yashere on Vimeo.