Most of these songs were on a mixtape called Grrrl’s Best Friend that I made for driving around with my girl gang during my junior year of high school. It was 1996. We were a few years too late to be a part of the original Riot Grrrl movement, but it didn’t stop us from making zines, writing “Revolution Grrrl Style Now!” in Sharpie on every available surface, and buying all the grrrl-band CDs and 7-inches we could get our hands on. “Rebel Girl” by Bikini Kill became a battle cry for four teenage girls who were sick of being made fun of for being different or harassed for simply being female. I’m not exaggerating when I say that Riot Grrrl and these songs saved my life. 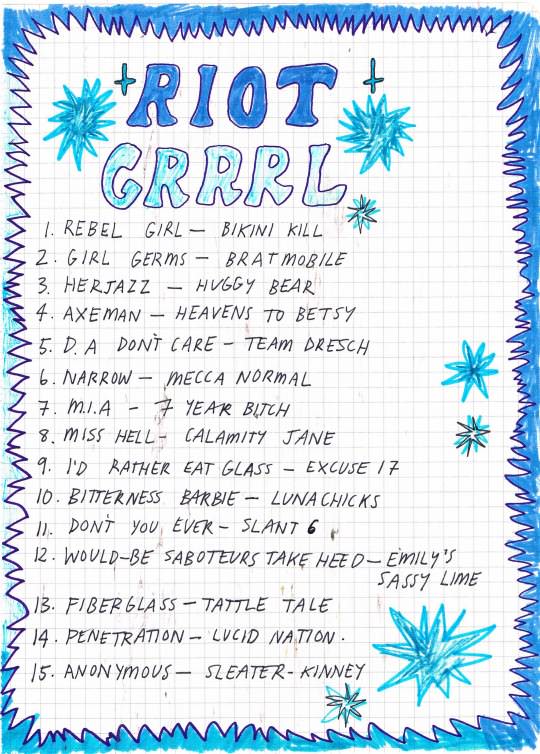