It could totally happen. Be prepared!

Sure, there is something kind of magical about the relationship you have with a close buddy. But what if that magic were real? Ever wonder what it would be like if one of your favorite teen witches were your best friend? Of course you do. Herewith, answers. 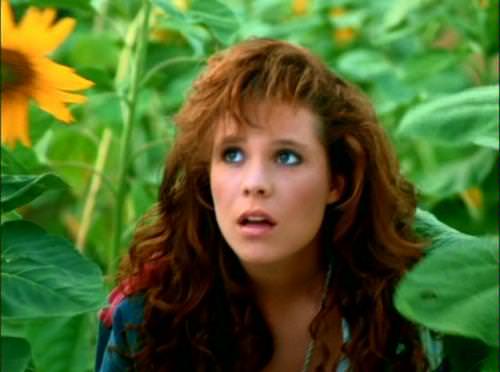 The lowdown: Studious, unpopular Louise Miller dreams of sexy hook-ups with football QB Brad and attends a high school populated by spastic suburban rappers and cheerleaders who are adamant about the fact that they “like boys.”

Why she’d make a good BFF: With a rub of her magic amulet, she can turn you into an awesome, not-at-all-awkward rap-battle champ. Plus, you’d get to say things like “Jeez, Louise,” “Please, Louise,” “Pass the cheese, Louise,” and “Eat your peas, Louise.” I don’t know about you, but name rhymability is one of the most important qualities that I look for in a friend.

Drawbacks: She will definitely ignore you when she uses her powers to become “the most popular girl.” 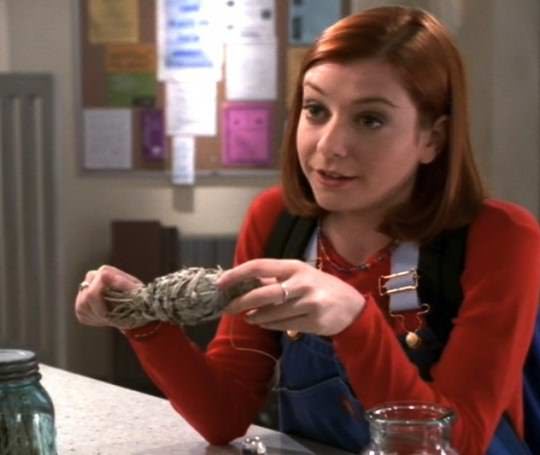 The lowdown: Willow is sweet, naive, vulnerable, and remarkably upbeat in the face of truly harrowing circumstances (vampires, demons, werewolves, Cordelia Chase). Which is why it’s so surprising when she develops a debilitating addiction to magic and gets all dark and armageddon-y.

Why she’d make a good BFF: Can you really call someone a friend if they don’t at least attempt to bring you back to life after you’ve died? If you should happen to pass on, you can count on Willow to spearhead a resurrection ceremony.

Drawbacks: When pissed off, she may transform into scary, veiny Willow, and then, blinded by rage, hurl you across a room when you ask her to chill.

Bonnie Bennett from The Vampire Diaries 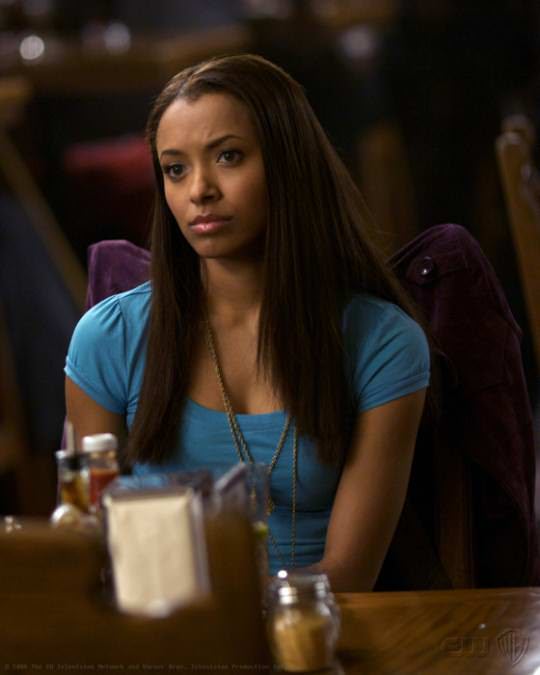 The lowdown: Descended from Salem witches, psychic Bonnie resides in Mystic Falls, where vampires, werewolves, and melodrama run wild. Bonnie’s skin isn’t green, but she’s definitely “green” and has been known to drive a Prius. Oh, and she has the power of 100 dead witches, making her cooler than any of those lame-o teen enchantresses who only have the power of 98 or 99 dead witches.

Why she’d make a good BFF: She’ll listen to all of your vampire-love-triangle-evil-doppelganger drama when you tire of writing everything down in your vampire diaries. Not to mention, she’s one of the few teen witches who actually tell their best friends about their powers. Clearly, this is a girl who understands that friendship is about honesty, trust, and giving your bestie the assurance that, when shit gets real, you’re more than willing to set some stuff on fire with your mind.

Drawbacks: She might become possessed by the spirit of one of her dead, disgruntled Salem ancestors and try to kill you. 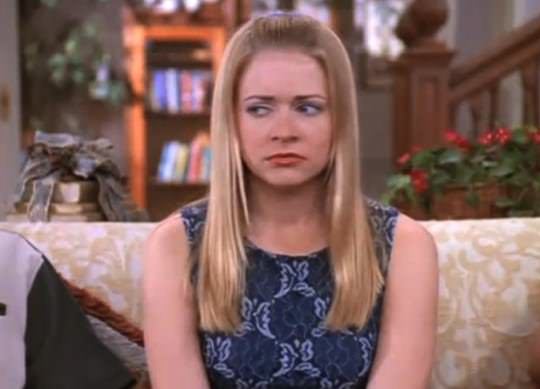 The lowdown: Half witch, half mortal, Sabrina approaches run-of-the-mill adolescent issues (e.g., getting a C on a test) and her seemingly endless magical problems (e.g., turning classmates into pineapples), with the same cheerful, bubbly spirit. She’s pathologically incapable of heeding the spell-casting advice given by her centuries-old aunts, and the girl knows her way around a family-friendly witch pun—e.g., when wearing a baseball uniform she’s a “witch hitter” rather than a “pinch hitter” and that’s funny (sort of).

Why she’d make a good BFF: Everything is so comfortably PG-13 for Sabrina. With her, you’d get the benefit of her powers (she’s never been shy about using half-baked spells to help out her unwitting buddies) with none of the gloom and peril that so often follow those with supernatural abilities. The two of you would be able to shake your whammy fannies to the “Funky Song” in peace.

Drawbacks: Sabrina casts memory-wiping spells on her mortal friends willy-nilly and, from a neurological standpoint, there’s absolutely no way that that’s cool. 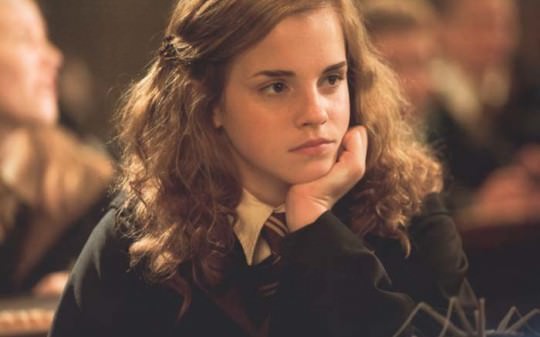 The lowdown: Muggle-born Hermione attends Hogwarts School of Witchcraft and Wizardry, where she is the cleverest witch of her age. She is an overachiever and can be a bit sanctimonious, but she certainly deserves our respect and admiration for never using magic to make a boy fall in love with her.

Why she’d make a good BFF: You’d be hard pressed to find a more fiercely loyal friend. She also has an encyclopedic knowledge of pretty much everything. Wondering how to give yourself an authentic ’80s New Wave haircut? No worries. Hermione just finished reading a book on the very subject!

Drawbacks: She might try to push her house-elf-rights agenda on you and if you’re apolitical that could become annoying.

Cassie Blake from The Secret Circle 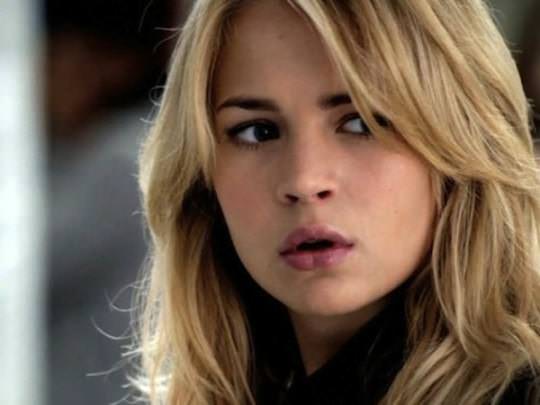 The lowdown: New girl Cassie lives in a town with an inordinate number of teen witches and an even inordinate-r number of people who want to exploit her burgeoning power. Cassie just wants to be normal, to live in a world where circles aren’t secret! Unfortunately, that just isn’t in the cards.

Why she’d make a good BFF: Despite her powers, Cassie may actually need you more than you need her. It would do her good to have a nice, well-adjusted BFF whose ulterior motives aren’t any more nefarious than, say, wanting to borrow some of her clothes.

Drawbacks: Sweet as she may be, she’ll probably ditch you. Ultimately, there’s just no competing with circles and the secrets they hold.

Nancy Downs from The Craft 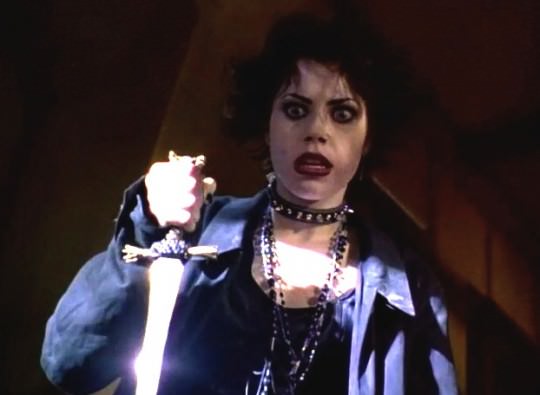 Why she’d make a good BFF: She’d probably share the gifts she received after invoking the spirit.

Drawbacks: Those “gifts” are a bunch of dead sharks. And you mustn’t forget, she’s almost certainly going to try to kill you. ♦