Who looked better than Mia Farrow in Rosemary’s Baby? No one, that’s who. Except you, now that you’re gonna copy her hair and makeup. 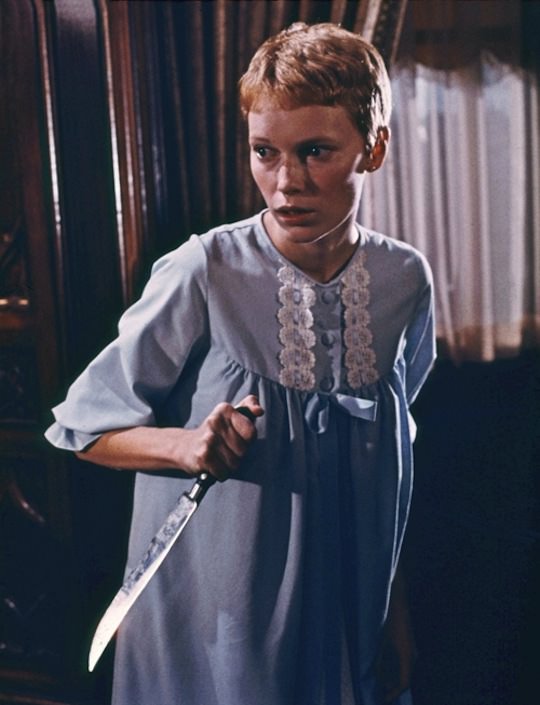 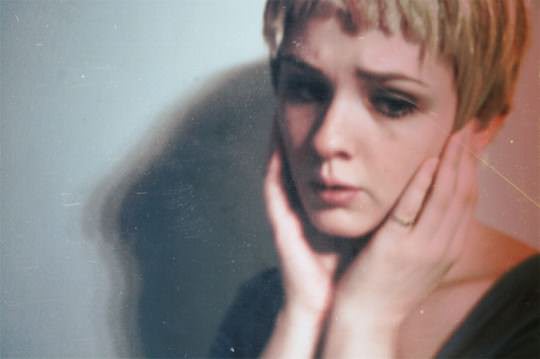 Chances are that at some point this month you’ll turn on your TV and Rosemary’s Baby will be playing. This 1968 horror classic doesn’t need gore to scare the eff out of you: it toys with your emotions, your conscience, your sympathy, and makes you consider the battles in your everyday life between the forces of good and evil. It’s a stressful film that makes you yell at the TV screen and fear for the health and sanity of Rosemary Woodhouse.

You can choose to focus on the scary aspects of the movie, or you can try to ignore them by focusing on Rosemary’s style. Played by Mia Farrow, Rosemary is a gamine pixie in Peter Pan–collared dresses, babydoll maternity frocks, white patent shoes, and little quilted handbags. And her hair! As Rosemary explains to her husband in the film, she’s “been to Vidal Sassoon.” Which was true: during the filming of Rosemary’s Baby, Mia got the very in-demand English hairstylist to execute that chop that continues to be emulated to this very day. 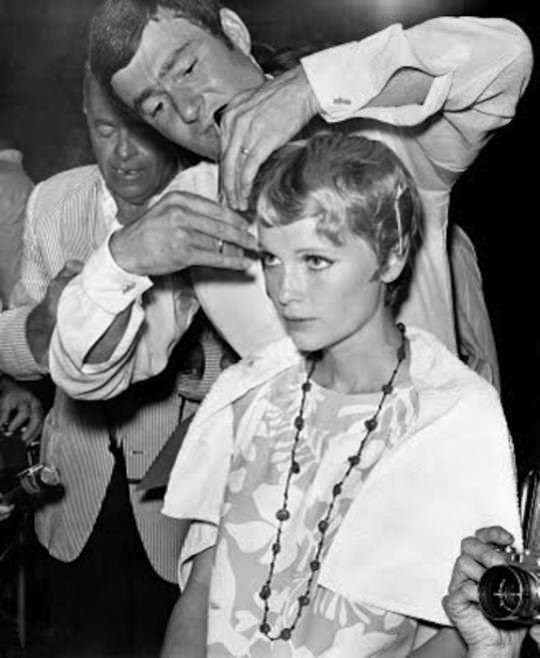 Simultaneously angular and soft, boyish and feminine, this haircut shows off your best features, and it’s easy to maintain. If you choose to go for it, try a smoothing pomade like Garnier’s Fiber Gum Putty ($3.15, amazon.com) to keep flyaways and frizz under control. 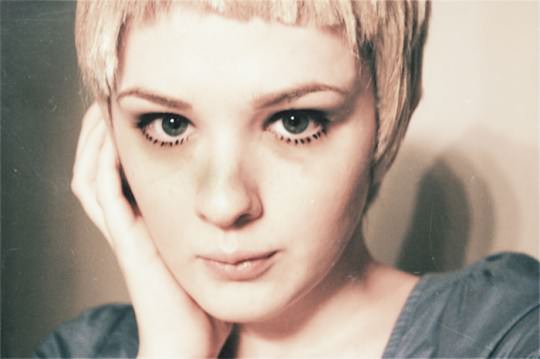 Then there are Rosemary’s eyes, which crinkle at the sides when she laughs, or widen in fear when things just keep getting worse (and worse). She makes them up in mod fashion, Twiggy-lite. She keeps her shadow simple on the upper lid, and uses a bit of liquid liner to add “lashes,” short little strokes on the lower lashline that give a cool graphic effect. Try using a very fine-tip brush to apply liquid or gel eyeliner like Maybelline’s Eye Studio Lasting Drama Gel Eyeliner in Blackest Black ($10, drugstores) to your lower lashline in little “ticks” a few millimeters apart.

It’s a simple look, because you don’t have much time for primping when you’re trying to fend off a cult of witches who want to give your unborn baby to Satan. Oh, Rosemary, you make my problems seem so small. ♦