The joys of living single. 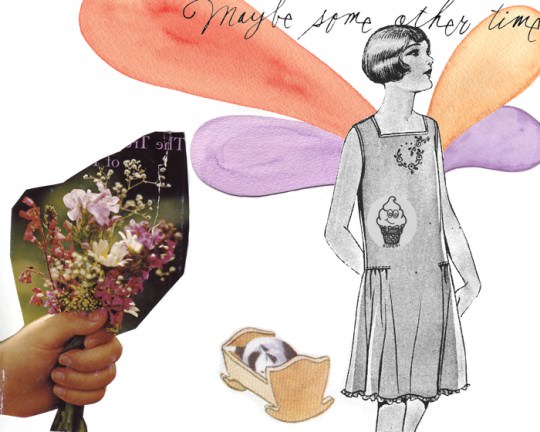 A confession: I’m a 23-year-old virgin. Not just a sex virgin, but a kiss virgin. A kiss virgin who has never been on anything remotely resembling a date.

A bigger confession: I don’t care.

If you took your cues from pop culture, you’d think the sole purpose of high school was hooking up. If you’re not dating the coolest, hottest boy in school, you’re a loser, and if you’re not dating (or trying to date) anyone, you’re not just a loser. You don’t exist.

But I do exist. I have hobbies and a social life. I was on the homecoming court and I went to prom. And I did it all without a boy or girl at my side. I’ll admit, the homecoming-court dance was a bit awkward (I had to borrow a friend’s date because apparently singletons can’t slow dance), but I’m told that I inspired at least one freshman to excitedly tell her mom, “There’s a nerd on the court!” so I call it a success.

A lot of people want to know why. Why have I gone 23 years without so much as a first kiss? In fact, that’s what Rookie’s editors asked me when they suggested I write this article. Why did I choose to refrain from dating and making out and all that awesome stuff?

My answer was, “I don’t know. Why are you asking?” Because I never made the choice to be single. I didn’t wake up on the first day of high school and say, “I want to make it to the age of 23 without dating anyone!” The only choice I made was that I wasn’t going to rush into a relationship just for the sake of being in a relationship. If the right person comes along, yeah, maybe I’ll make a move, but so far I haven’t met that person. Is that so weird?

What might seem weird to you is that I don’t really get crushes. I never notice when someone is trying to flirt with me until someone else points it out. So maybe I am missing something, some social skill that other girls have. But I have a sense of romance, and just like most girls, I long to meet that special someone. Every time I finish a book with a particularly good romantic plot, I get a little depressed and ask myself why I don’t have a dashing suitor in my life. Then I remember that I was reading a YA paranormal romance and in real life there are no supernaturally gorgeous vampires who will choose a lifetime of love over my delicious, delicious blood. In real life there are fights and awkwardness and very few chances for my lover to dramatically throw me out of the way of oncoming bullets. And sure, there are plenty of good things about relationships, but I don’t lie awake at night fretting over everything I’m missing out on. It’s just not important to me.

I’m not saying that it’s wrong to make dating a high priority in your life—if you’re having fun, great! But if you’re not happy in your relationship, or you just have no interest in dating right now, it’s OK to be single. Really, it is. I made it through high school and college without dating and I’m not a crazy cat lady yet.

Singleness is not a lifestyle choice that’s celebrated very often, but it can be a great thing. I had the freedom to move eight hours away from home this year, and I didn’t have to worry about uprooting anyone else’s life in the process. I dealt with way less drama in high school than most girls. And I have all the free time in the world.

Someday I expect I’ll settle down with Mr. or Ms. Right (or have an accidental fling with Mr./Ms. Wrong), and I’ll experience all the joys (and the drama) that most of you were experts at by 10th grade. But for now, I’m enjoying the single life.

So, fellow singletons, don’t apologize for not living a storybook life. Whether or not you ever choose to pair up is your business, and no one else’s. Because, as cheesy as it sounds, you don’t need anyone else to make you happy. And a little alone time never hurt anyone. ♦