How to be loved by your friends’ folks. 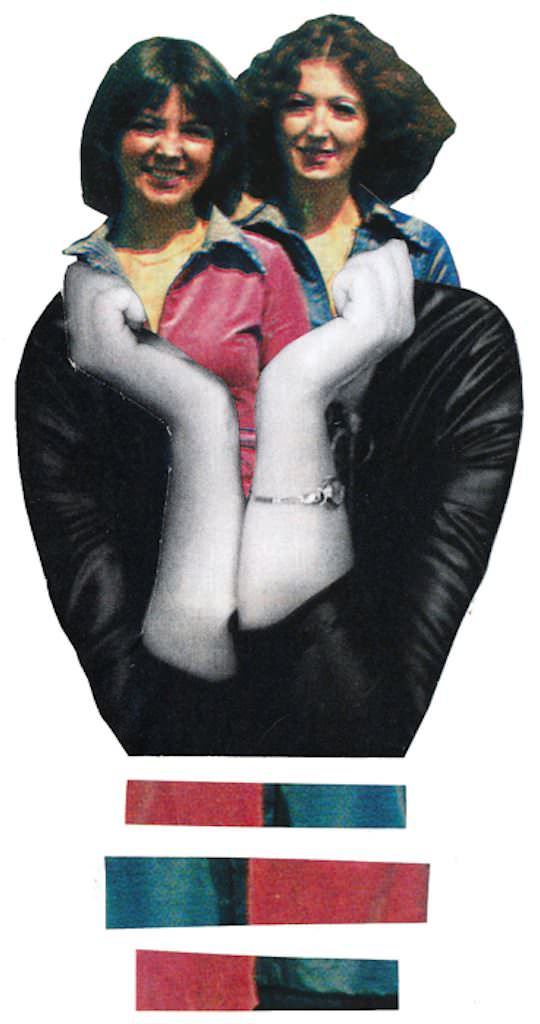 Every time I see my best friend Diana’s mom, I greet her the same way I greet my own mother: by saying “Bendición.” What it means is that I’m asking for her blessing, and it’s the way that most kids in Puerto Rico (where I grew up) greet their elder family members when they see them. And why wouldn’t I greet her the same way? After all, I pretty much spent all of my childhood summers hanging out at Diana’s house, which of course meant that I spent a LOT of time with her mother.

Having a best friend often means acquiring an adoptive family. Whether piled in Diana’s mom’s room watching Jerry Springer or away at the beach for a mini vacation with her grandma and extended family, I always felt at home with my second family. And not only because they were nice to me, but because I could always count on them to make fun of me for dumb things I said or did the same way that my mom or my uncles would—with love in the face of total ridiculousness. Now that I’m an adult we are all Facebook friends and the love is still going strong.

I’ve always gotten along with my friends’ parents and siblings, and I will tell you the secret. And no, this isn’t like the Don Draper guide to being awesome where it’s all like “BE DON DRAPER AND SMELL LIKE DON DRAPER,” it’s actually quite simple. The secret to being loved by your friends’ parents is just to be polite.

I know you’re all probably polite and respectful already, of course, but you know, if there’s a mom or a dad that’s been giving you grief or thinks that you’re a “bad influence” on your friend (whatever THAT means) they’ll have nothing to stand on if you always greet them when you see them and thank them after letting you stay over for dinner or a sleepover. Sure, those are kind of a given, but now extend your good manners to less obvious things. Stop rummaging around in their refrigerator, for example, like it’s yours. I know you basically LIVE there, but you don’t ACTUALLY live there, and nobody likes an entitled teenager. Or an entitled adult. No one likes an entitled person in general!

Take your cues from the way your friend behaves around their family (within reason—just ’cause your friend cusses in front of her mom doesn’t mean you should!): if your friend always washes the dishes after she’s done eating, then offer to do the same. It’s the little things, you know?

When talking to your friend’s parents, gauge their tone and sense of humor and go from there. Don’t be afraid to ask them about their day and make conversation! If at the beginning things are a little awkward (aren’t they always?), know that little by little your friendliness will have the desired effect. Being respectful and having a sense of humor (which is not the same as being funny all the time!) can really go a long way, and the more their parents see you as a cool person, the better everything works out for everyone. Your relationship with your friend’s mom or dad can become sorta like the one you might have with a cool aunt or uncle—they’ll give you good advice, but since you don’t live with them it might be easier to talk with them about sensitive subjects than it is with your parents.

These things all depend on family dynamics, of course, but the potential for a great relationship is almost always there for you to make the best of it. And if you ever say or do something out of place, don’t think twice about apologizing. One story that Diana and her mom like to tease me about all the time involves the three of us being in the car listening to the radio. At some point during our ride “Malibu” by Hole came on and ALLEGEDLY I shushed Diana’s mom so I could listen to the song! I obviously have no recollection of this happening—I am a nice girl!—but I was so embarrassed that I could be so careless that I STILL apologize when it comes up. And it’s been over 10 years. And that counts too! Taking responsibility for your mistakes is “very mature,” you know, so whether you shushed your friend’s mom or were the mastermind behind that time you guys snuck out and got caught, know that redemption is still an option. Just like with your own parents, it might take some time to gain back their trust, but if you stick with your prim-and-proper-ness, the world will be your oyster! The sky will be the limit! And other original phrases that mean that nice guys might finish last but nice girls are loved by parents all over the world. ♦