I was a teenage bully. 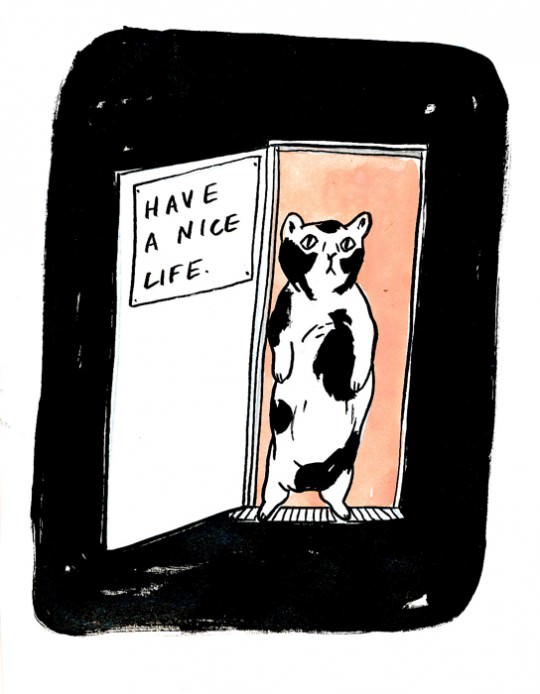 One thing that makes the “national conversation” that’s been happening on the subject of bullying a little unrealistic and unhelpful is that the victims are cast as 100 percent innocent, and the bullies as 100 percent evil monsters, and since no one is ever either of those things as people, it’s hard to relate, hard to see the bully in oneself, hard to change one’s ways, etc. (Go read that post.) Everyone has bullied someone—by harassing, excluding, mocking, spreading rumors about, or physically intimidating them. And so, we present to you first-person accounts by our own lovely, kind, considerate staffers of times when they have been, in fact, teenage bullies. We’re not asking anyone to get too self-reflecty, but having a bunch of stories in the comments would help make this all feel more realistic, too.

I used up most of my bullying in middle school, where I forced my friends to call me Heather #1 and my brown-haired best friend Veronica, not realizing that Veronica was the one we were supposed to be rooting for. By the time I was in high school, my only bullying pleasure was in kicking people out of my house. I threw people out for all kinds of reasons—because they were mean to my cat, because they were too pretty and flirting with the boy I liked, because I wanted to. I would do it loudly, always in front of other people, and then burn with wicked delight as they walked out, tails between their legs.

When I talk about popularity now as a sort-of adult, my mom always asks me things like, “What does it even mean to be popular?” Cosmically, I’m not so sure, but in seventh grade it was abundantly clear to me that I was in the popular crowd. I knew because:

Like they say grapes from certain years make for better wine, 2005 was a great time to be 13 and popular. The notion of technology as a forum for social interaction had just begun to take hold. I had a cell phone (a black-and-white Nokia brick); I had unlimited texting ($9.99 per month); I had a digital camera (3 megapixels; photo quality like a traffic light camera).

Most important, though, I had a Xanga, the primitive precursor to MySpace. Every day after school, I would rush home to the family computer to update my Xanga. I mostly wrote about nothing interesting. Here is a genuine sample post for perspective:

March 8, 2005
Guess what…
Rain fucking turns me on. I love everything about rain…the smell, the feel of your hair stuck to the side of your face, how it makes everyone want to be all crazy. I also love melon propel fitness water. Bring me a propel on a rainy day and i’m yours.
-jamie
p.s. comments if you love rain!!!!!!!!!!!!

Half my life on Xanga was producing drivel about how much I loved precipitation and electrolyte-enhanced fitness water. The other half involved leaving comments on other people’s posts.

Commenting was frequently a social affair. At play dates or sleepovers my friends and I would gather around a single desktop computer and delve into critical analysis of what other girls had posted. Colloquially, we would talk shit.

“I can’t believe Jesse is dating Sam. She is kind of fat.”

“Molly is such a prude. Nobody is ever going to kiss her.”

Middle school was weird for me. Too many afternoons curled up in the elementary school library with Dorling Kindersley books had left me with a vocabulary overqualified for the social scene. In a normal universe this might have made me a friendless loser, but in my school, caused no doubt by some virus in the popular-girl-industrial complex, this aptitude had managed to secure me a position in the in crowd.

On occasions when my friends were feeling bold, we’d up the Xanga ante from shit-talking to commenting. Sometimes we’d post from our own accounts. Mostly, though, we left comments from an anonymous account we’d registered.

Sarah Teeter was in my elementary school class. As far as 13-year-old girls go, nothing about her was particularly abnormal. She was smart enough. She was pretty enough. She had friends. She certainly had never done anything to incite my friends and me. Except have the last name Teeter.

“You guys know what a teat is, right?” All of my friends shook their heads. They had clearly missed the Discovery Channel special on mammals.

“IT’S A NIPPLE,” I revealed. Mean-girl laughter ensued, and the comments started flowing from our anonymous account.

Over the course of the next few weeks, mammary humor penetrated every facet of our lives. As we walked past Sarah in the hallway, we hissed, “Nipppppppplesss.” This went on for a month or so, until seventh grade ended and I moved away to a new school. Once there, the universe righted itself and I assumed my designated place in the social order as a dweeby loner.

I ran into Sarah a few years later at an orientation session for volunteers at our local hospital. She seemed normal, happy, and well adjusted. We chatted briefly. I remember apologizing to her for being such an asshole when I was 13. I can’t remember what she said back, but it seemed clear that the nipple incident was a non-event in her life.

In hindsight, by bullying someone when I was 13, I mostly just embarrassed my future self by ensuring there would be a time when I’d have to remember that I was once insecure and catty and hung out with losers. I’m not trying to get on some sort of soapbox here, but before you bully someone, it will definitely serve you well to consider the fact that someday you might have to tell someone, “I bullied someone because they had a nipple-related last name.” This is embarrassing. Trust me.