(But mostly from Buffy the Vampire Slayer.)

I went through my witchcraft phase when I was 13. Going to the public library after school, I would check out every book on Wicca I could find, reassuring my mother that it was for a homework assignment (this wasn’t a total lie; for our final seventh-grade English reports we were allowed to pick our own topics). I pretended to be into the whole spirituality aspect of the religion, but really I was in it for the spells. Being a huge geek, the idea of having this secret life away from school, one that could equip me with powers, was more than a bit appealing.

To the surprise of no one, my spells never worked out. I tried one that I hoped would give me the strength to get through gym class, though in the ingredients I substituted the requisite skin of a mango with a tropical-fruit-flavored gummy snack. Dodgeball remained a nightmare.

At the time I was beginning to heavily watch Buffy the Vampire Slayer (1997-2003). I would watch the episodes out of order in syndication, not too sure what was happening plotwise but totally keen on seeing the assortment of girls slightly older than I was kicking butt weekly on my TV screen. These demon hunters, witches, and goddesses possessed the strength and fearlessness I craved, and with shiny hair to boot. I was obsessed.

BtVS, of course, wasn’t the only form of entertainment that used supernatural elements in an attempt make sense of high school. Here are some other popular (and brilliant) works in that genre. Oh, and mad spoilers. For everything. 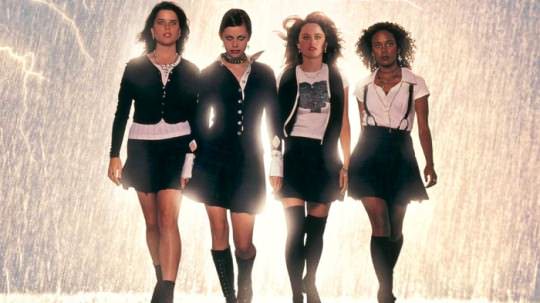 When Sarah (Robin Tunney) moves to a new school, she is immediately drawn to a trio of outcasts with smeared eyeliner and bad reputations. The four soon join forces, literally, as they realize that together they can channel a powerful strain of witchcraft that helps them with problems in their daily lives. Suddenly, these four young women who were once shunned by their peers have the capabilities to take on sexist boys, racist cheerleaders, and financial difficulties. Nancy, the leader of the group, soon becomes addicted to the power, using it to take down whoever is in her way. This leads to a disastrous confrontation with Sarah, and the movie ends with Nancy in a mental institution and the friendships among the rest of the girls fizzling out. Feel-good film of 1996!

Though The Craft ultimately showcases the destructive aspects of too much power, the moments building up to the finale are glorious. Four young women, expected to be victims in their daily lives, stand up to the forces trying to keep them down. What’s more, for a while they have fun doing it. There are a few giggly sleepovers in which Sarah, Nancy, Bonny, and Rochelle change one other’s eye and hair colors at will. For several thrilling minutes, they are able to play with their powers harmoniously rather than competitively, acting like honest-to-goodness teenage girls. 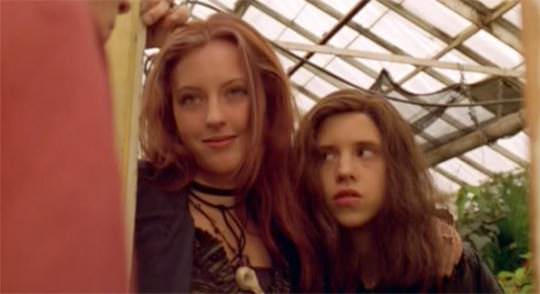 “I just got the curse.” –Ginger Fitzgerald

Sisters Ginger and Brigitte, both 15 and attached at the hip, hate their boring lives in the suburbs and spend their days fantasizing about death. On the night that Ginger gets her first period, she is attacked by a werewolf and soon becomes moody and sexually adventurous. Their parents and counselors try to convince the sisters that this is a result of regular teen hormones, but Brigitte suspects something more sinister is at play. Between two full moons, Ginger starts to transform into a full-on werewolf, killing anybody she feels to be a threat to her and her sister. Brigitte tries multiple strategies to stop Ginger, from reasoning with her to attempting to find a cure. Their final fight ends with the now unrecognizable Ginger getting stabbed, and Brigitte is forced to deal with the terrors of suburbia on her own.

This one hit home for me on multiple levels because (a) it was filmed in Ontario, where I live; (b) like Brigitte, I have a sister who is close to my age; and (c) our last names also begin with Fitz (spooky, right?). What’s great about Ginger Snaps (besides the gore, which you’ll love if you’re a huge horror fan like me) is that it nails all the frustration that comes with slowly growing apart from your best friend. Ginger didn’t turn into a werewolf overnight; it was a gradual transition during which both she and her sister felt the tension rising between them. Though of course once Ginger rips apart the janitor she becomes a bit more difficult to identify with. 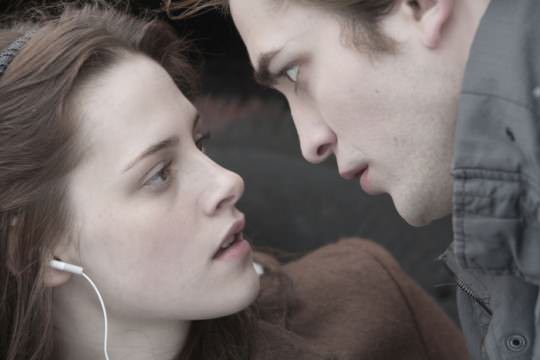 “About three things I was absolutely positive: First, Edward was a vampire. Second, there was a part of him—and I didn’t know how dominant that part might be—that thirsted for my blood. And third, I was unconditionally and irrevocably in love with him.” –Bella Swan

You already know the basic plot of Stephanie Meyers’s book-turned-film-series about a regular high school girl falling in love with a vampire, so I’m not gonna bore you by recapping. Though Bella is no ass-kicking heroine (she doesn’t do much in the series), I can’t deny that the romance in Twilight is thrilling. Edward is the rebellious bad boy who’s dangerous in theory but will never hurt you, wiser and deeper than the boys quoting South Park in your geography class, and a total babe to boot. As Bella and Edward fall head over heels in love, they become oblivious to each other’s flaws, permanently existing in that honeymoon stage of their relationship—you can almost imagine them sitting in the caf together, each listening through one earbud as Bella’s iPod plays the latest Taylor Swift single. There are problems with the series, no doubt, but one doesn’t have to look hard to see the appeal: it’s straight-up wish fulfillment, marketed to straight teen girls, the way sexy posters of Megan Fox are sold to straight teen boys. It’s like porn that’s rated PG-13. 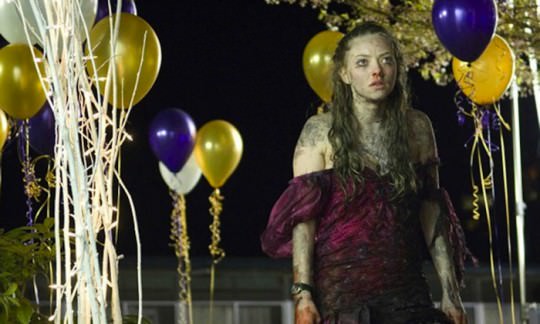 “Do you know how hard it is to make it as an indie band these days? … Satan is our only hope. We’re in league with the beast now. And we have to make a really big impression on him. And to do that, we’re going to have to butcher you.” –Nikolai Wolf

When I started writing this piece, I imagined that I’d be writing about Jennifer’s Body and sex. After all, the movie doesn’t tread lightly with the sexual-appetite metaphor: after being possessed by a demon, high-schooler Jennifer Check starts seducing and chowing down on the fellows in her school. However, on that level Jennifer’s Body doesn’t cover very different ground from Ginger Snaps. What’s more interesting is how Jennifer (Megan Fox) gets possessed in the first place.

Indie-rock band Low Shoulder tries to make a deal with the devil in exchange for fame and glory. Low Shoulder, I should point out, is composed entirely of dudes. To complete the ritual, they need to sacrifice a female virgin; as they reason, the life of one woman is a small price to pay for their own success. They try to sacrifice the not-actually-a-virgin Jennifer, and the aforementioned possession and man-eating ensue.

Jennifer is eventually killed by her best friend, Needy Lesnicky (Amanda Seyfried), who becomes infected in the process. Now with her own demon powers, Needy tracks down the band that destroyed her best friend. The final minutes are a wonderful, bloody mess as Needy wipes out Low Shoulder, doing so with the powers that they were indirectly responsible for giving her. At the end of the day, Needy’s best friend is still dead, but she is afforded these few moments of payback in Jennifer’s honor. 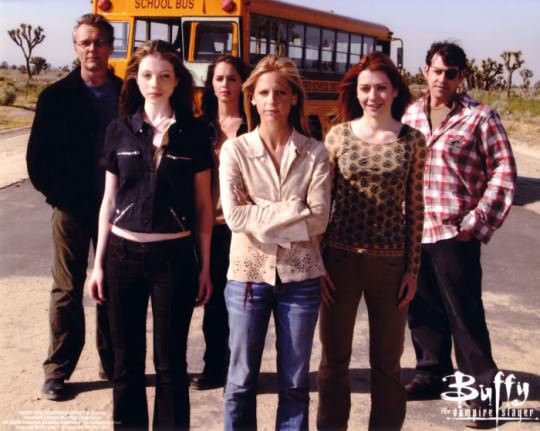 While all my high school crushes were on mortal men and I never got to levitate during a sleepover, it was always cathartic to see tangible representations of the abstract parts of high school play out onscreen, manifesting as monsters that could be defeated with the right musical score. And on those days where high school in general just got to be too much to think about, I always had my Buffy reruns.