The power of secret crushes. 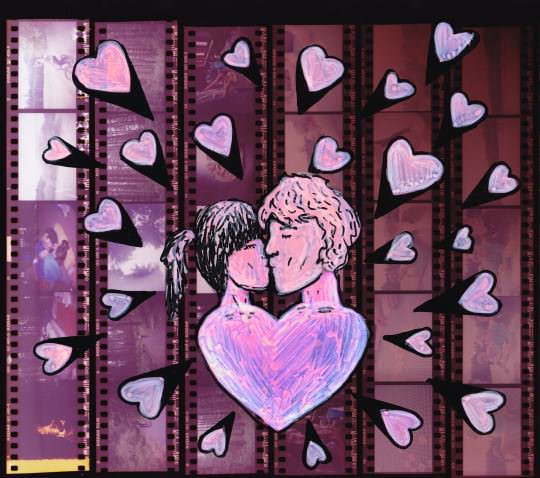 I started racking up crushes in the first grade. Most of them were on fictional characters or celebrities, like Disney’s Robin Hood or Donnie Wahlberg of New Kids on the Block. I wanted to marry all of them, or, at the very least, to accompany them for a slice of Cosimo’s Pizza at the mall. I didn’t really know anything about love except that I desperately wanted to be in it.

By second grade, I’d developed a crush on a boy in my class, which was quite different from my typical crush M.O., as he was neither a cartoon fox nor the “badass” member of a boy band. His name was Zack, and he sat across from me in class. He was quiet and nice and had no idea that I was planning our future together for the majority of 1989. We would be married at age 25. We would have two children, Francine and William. We would own a limousine, because we’d be millionaires. We would have an ice cream parlor in our basement. We’d be totally in love and nobody could tear us apart. 2 people + 2 gether= 4 ever.

Of course, in order to get to this future, we’d have to fall in love. And for that to happen, I’d have to tell Zack I liked him. This, to my second grade self, was the equivalent of throwing up in front of the entire class (which I would go on to do)—totally embarrassing. What if he didn’t like me back? No, I decided, it was better to crush from afar, and then make my move in, say, 20 years, after I’d grown up to be a glamorous billionaire inventor-slash-actress, which I was pretty sure was going to happen.

My crush on Zack was the first of many secret crushes, loves that lived only in the margins of notebooks, in doodles and daydreams, in imaginary plans and playlists. Most of my elementary school crushes played out the same way, with no particular endgame. I didn’t actually want to kiss or date these boys, I just wanted to like them. I just wanted to be in love, or to try to figure out what love might feel like, so that I’d be ready when I did actually want to kiss someone or purchase a crystal mansion with them.

As I got older, I shared these secret crushes with my friends, who had secret crushes of their own. We’d all swap stories of our crushes, vowing to never tell anyone else how we felt, for fear of being humiliated by our less kind classmates, who liked to take nerd-girl crushes and turn them in to easy targets. We’d laugh at ourselves for lusting after the most popular boys in school, who’d waltz right by us while we were picking Dorito mush out of our braces, but it didn’t make our crushes any less real. We fell hard, staring across aisles, watching wistfully at school dances, gushing after chance encounters in the cafeteria: “Oh my god, Neal let me borrow his pencil, and I am never, ever giving it back. He was eating a chicken patty and he smelled like the woods.”

All of the people you fall for that you keep to yourself, whether they’re in your life, or on a screen, or in a book, are pieces of a romantic part of yourself that continually builds, breaks, and builds up again until you find what it is you’re looking for. There is a lovely security in a secret crush: you get to imagine all of the good things that can come of love without having to put yourself out there and risk rejection. It is all rainbows and butterflies and dreamy soundtracks and perfectly executed daydream makeout sessions, all from the safety of your own mind.