Can you get over a guy who treats you bad?

How We Dress Does Not Mean Yes 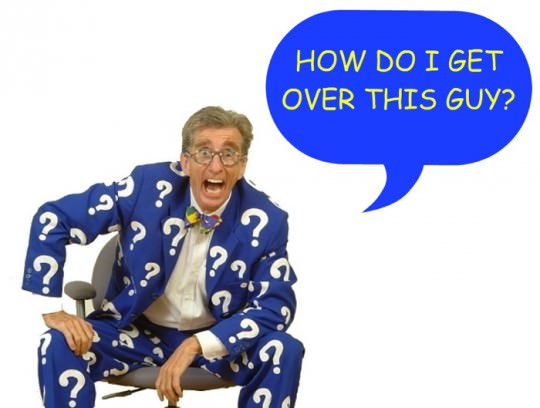 How do I get over a guy that treats me like shit, and has been treating me badly for the past oh say year and a half? —Anonymous

This is a great question, even though at first glance it appears not to be. Anyone will tell you, “Duh! If he treats you like shit, dump his ass and move on!” But for girls like you and me, it’s not that easy. And if there’s two of us, well, there’s gotta be a shit-ton more. You’re not alone, you’re not crazy, and you’re not someone who deserves to be treated like shit.

The bad news is that it doesn’t matter how often we hear this. It doesn’t matter that we ask ourselves (and others), “If he’s treating me like shit, why can I still not get over him?” We’re not flawed people, or rather, not more flawed than anyone else. We just happen to have a higher threshold for pain. And maybe a lower amount of self-esteem?

I dated a guy who treated me like shit for a while, and I got over him by going out with someone else, who then treated me like more shit. I got over that guy by going out with, yes, another guy, who also treated me like shit. But there was a catch. He wasn’t treating me extra-shittily, he was treating me like he treated anyone else. And the more I wanted things to be different between us, the more I realized that I was kinda treating him like shit too. I wanted him to be a different person! Of course he felt insecure. Of course he was “treating me like shit.” I was making it perfectly clear that I didn’t love him for who he was. I feel sad even just writing that down, but also relieved that I don’t have to do it anymore.

It took me a long time to figure that out.

And then one day, the scale shifted its weight. And yes, it does just happen one day. Just like that. Everyone has their own “bottom.” My bottom was verrrrry low. I hope yours doesn’t get as low as mine did.

My apologies for the long-winded answer. If you want the short answer, scroll down to right here and read this: There is no way we can predict when we get over someone. I’ve tried every single trick. Nothing works.

It’s like being in the Hunger Games. It sucks, then it sucks more, more pain, killer bees, invisible force fields of fire, fighting your way through it … and then it’s over. The good news about this stuff is that you won’t die, whereas in the Hunger Games, you just might.

Hope I didn’t give anything away there.