Why the 21st Century Isn’t All That Bad

Cheer up, you old souls. 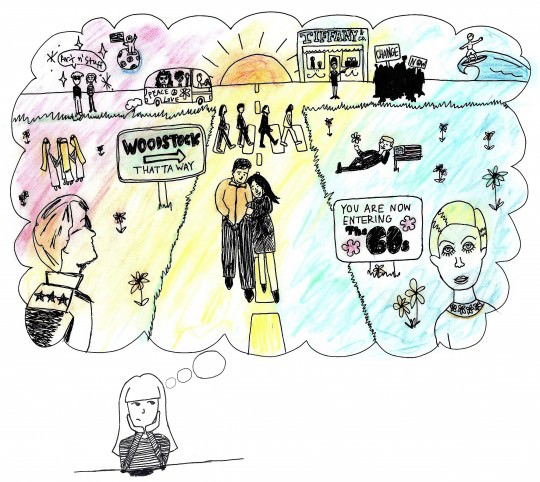 The 1960s were totally exactly like this. Illustration by Tavi.

I know I’m not alone in imagining that being alive in the 1960s meant I would walk down a naturally yellow-tinted street, wave to my friends John, Paul, Ringo, and George, hop into a van of friendly strangers, and drive across America till we found ourselves (and ourselves) in California, Joni Mitchell waiting for us at some canyon next to a lady who sells magical beads on a rug. Or that in the ’80s, I would’ve gone to school with Molly Ringwald during the day, and gone to clubs with Debbie Harry and Stephen Sprouse at night. Tumblr is full of teenagers moping about being born in the wrong decade and YouTube is full of people complaining that the Little Monsters of today will never know music like it once was. Most of the time I feel convinced that the whole internet is devoted to trying to preserve, remember, and figure out what life was like without the internet.

But you know something? It’s not all that bad, this here 21st century. At least, I hope not. Here is a list of things that will either make you more OK with being a youth nowadays, or convince you I am in total denial about this whole thing.

First, a few good things that did not exist before. 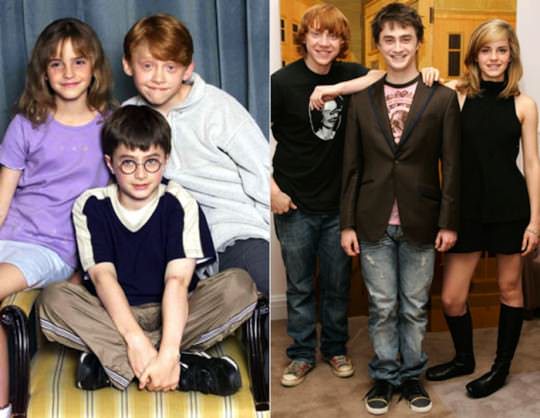 It’s about time that I tell you that I have never read or seen Harry Potter. I don’t know why! I just never got into it? Got around to it? Please don’t hate me. I’m not trying to be one of those people who pride themselves on having different taste—I’m actually quite ashamed. But I have never really regretted this lack of a relationship with HP so extremely until this past summer, when the last movie came out. Picture a cluster of people I’ve been in school with for years huddled together, crying, and me jaunting over to fake-sob and pat everyone on the back and scream IT’LL BE OK, WE’LL ALL BE OK! while they close me out of the circle and speak to one another in spell names.

It’s not that I felt uncool or abnormal. (One thing that’s so great about Harry Potter is that it transcends both the “mainstream” and “indie” categories.) It’s that I missed this great cultural bonding moment! Years from now, when you are a person on the social prowl at your new friend’s housewarming party, a Harry Potter mention will spark enthusiasm in everyone there. Meanwhile, I will hide under a table and nibble on cheese. 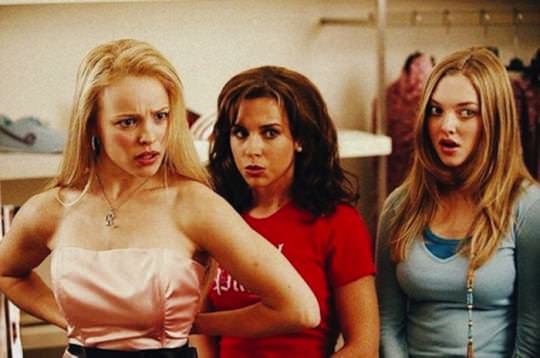 Again, cultural bonding. I am 99% sure that 99% of the people who are currently teenagers know 100% of Mean Girls by heart. It is a fact. I surveyed every teenager alive and then put a percent symbol next to it so you know it’s real. If you ever find yourself in an awkward situation with a bunch of peers you don’t know, a Mean Girls reference is sure to break the ice. If no one knows what you’re talking about, you have obviously been tricked into joining some kind of cult for stupid people and you need to get some new friends, goddamn. 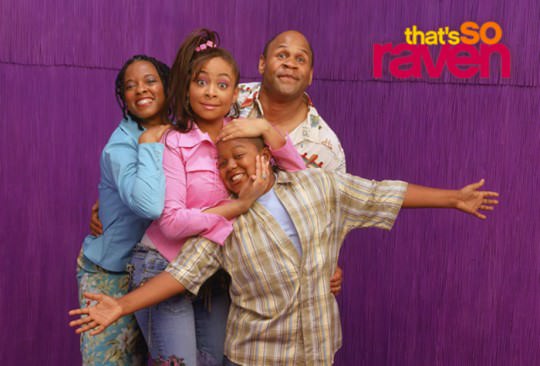 I’m just going to keep talking about generational bonding until you all realize I just really want a friend :(((((((((((( 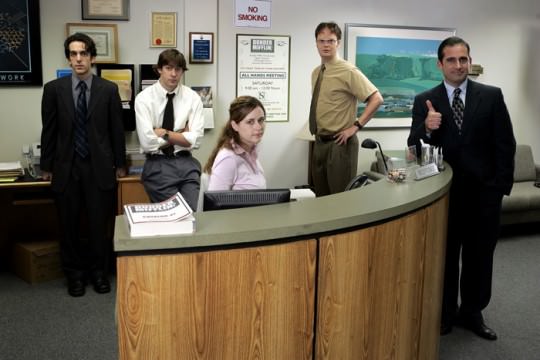 While shows like The Office, Community, Arrested Development, Parks and Recreation, 30 Rock, and Curb Your Enthusiasm are only possible because of shows like Seinfeld before them, there’s no way they could’ve been made before nowadays. This shit is hilarious. If you are a smart dork who has always talked like you belong at the Parks department of Pawnee, IN, you are about to have the social world in your hands, you little butterfly, you. 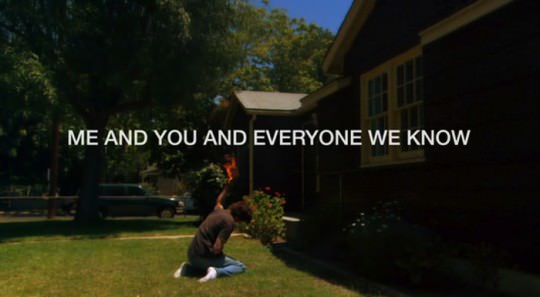 An embarrassing amount of my time is spent searching my brain for some kind of reference that will make my current setting feel somehow aesthetically pleasing. I can tolerate school because I feel like I’m in my favorite John Hughes movie, I don’t mind suburbia because there’s something kinda cool and creepy about it in a the-neighborhood-in-Edward Scissorhands kinda way. This can be difficult, however, since things no longer look like this. Cars today are just ugly. Clothes are kind of ugly. CAN’T EVERYONE JUST CHANGE THEIR LIFESTYLE SO THE OUTSIDE WORLD IS EASIER ON MY EYES????

Sure, lots of pretty movies have been made nowadays, but so few of them actually take place now. Or if they do, they’re stylized beyond recognition. Like, what do Wes Anderson’s characters do about food? Vintage Hot Pockets? Get real, man.

Miranda July’s movies, especially Me and You and Everyone We Know, which is more visually intense than The Future, will make you happier about where you live and ugly cars and boring blinds. 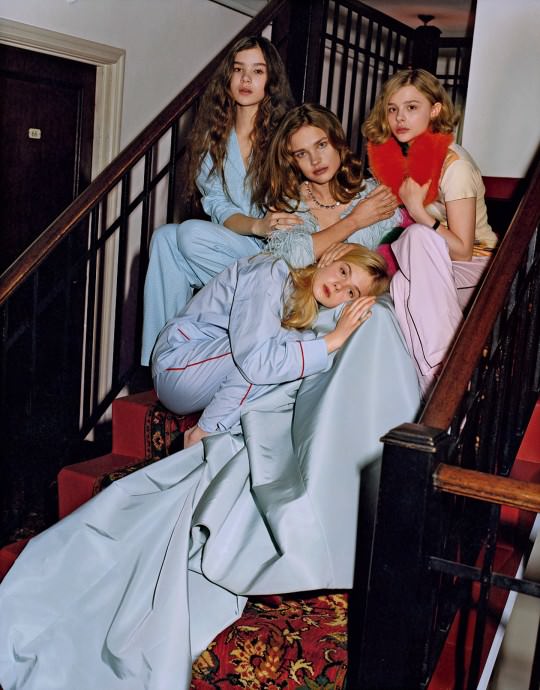 Hailee, Chloe, and Elle with Natalia Vodianova in Vogue.

Moping about the latest Disney Channel offerings aside, our generation has some really good representatives. You just know that Chloe Moretz, Hailee Steinfeld, Elle and Dakota Fanning, Gabourey Sidibe, Jennifer Lawrence, and Saoirse Ronan will be like, those classic stars who will still be going to the Oscars when they’re 80 and making speeches reminiscing about that time they all rode a golf cart together on the set of The Powerpuff Girls, while a short red-haired blogger ran along the side telling them how pretty they all are. 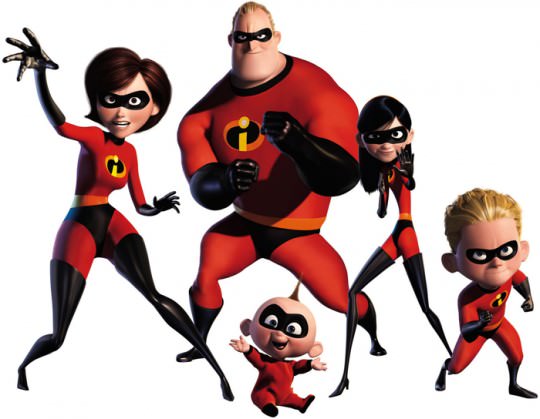 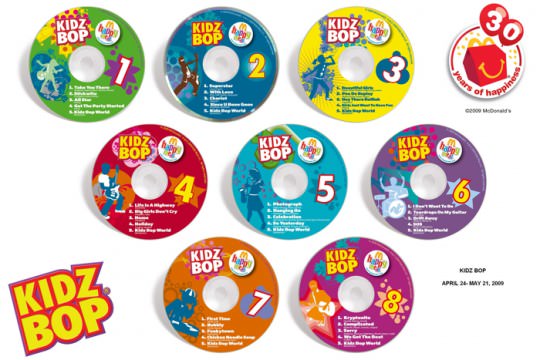 Our nostalgia might not be cute or heartwarming, but it is hilarious and sweet in its own way. Here, there’s even a Tumblr for it already.

Like, a lot more! To me, this includes things and people like Adele, Nicki Minaj, Girls, Janelle Monae, Hunx and his Punx, Arcade Fire. And that’s just music-wise! I’m sure I’m missing a trillion things.

OK, now that the laundry list of redeemers is done, these are more general.

10. Whatever idea we have of the past is romanticized, greatly.

The internet is a big, talkative, bottomless pit. Way back in ye olde 1960s, tweets were delivered not by obnoxious smart phones, but by birds resembling the doves on the Woodstock poster, reaching people staying in communes on different ends of California. Right? RIGHT?

Probably not. I don’t want to upset any adult readers who maintain that the ’60s or ’70s or what have you actually were that magical (hi Dad), but they sure weren’t the version I’ve scrapped together from movies and old photographs. In reality, things back then were still kinda trashy—there was already a tabloid culture, for example. And when things weren’t trashy, it was often because conformity was much more a rule of Being a Person than it is now. Of course, that means rebellion was more fun back then, but ultimately, it’s a positive thing that no one would ever make this video today, no?

People complain about how ladies used to be so classy, and how nowadays they are such goddamn hoes, but the expectation to dress like that was about showing you had money, and being conventionally attractive, and finding a man. I guess things are still like that in a lot of ways, but at least there are more options now if those goals aren’t in your interest, more people creating spaces where those aspirations aren’t relevant. Plus, it’s easier to be of color or a girl or queer nowadays, and that’s, you know, nice.

11. If a song, a book, anything is really good, it will transcend time.

I get really depressed thinking about how much more special my favorite band would have been if I’d discovered it in a record store in the middle of nowhere, and it was unlike any kind of culture I’d previously been exposed to, and I had to get to the store and bring home this big fat circle and put it on this box and put the needle on the circle and even then only get a crackly sound to hear it at all. But, if not for the internet, I wouldn’t ever have found a lot of the music and movies I love at all, or at least for a while. Most of the time it’s harder to appreciate a song or video online since there’s so much of that stuff, but the very best will always stick out. A powerful song is a powerful song, and while certain songs might’ve come out at just the right time for culture’s sake, they can still get to you on a personal level as much as they might’ve if you’d been alive back then.

Look, I’m not going to get into an argument with anyone over whether the internet is, ultimately, a good or a bad thing. It’s here and it’s not going away, so we better make the best of it. We had a good decade there where 99% of the online world was stupid YouTube videos and celebrity gossip, but I think creative communities are growing now, and only like 90% of the internet is that annoying and stupid. Every month we talk about some of the 10% that can be funny and smart and beautiful, and I’d hope you’d think that Rookie fits in there, too. And now I must be off to go make us a membership card for the Internet Elite! Seriously though, the combination of creativity with community is inspiring. Also, finding people who like the same stuff as you is way more convenient now and for most people pretty comforting.

Though I would love to stroll down my yellow-tinted ’60s street with my buddies from Liverpool, I’m also really glad I get to enjoy Hole, and David Sedaris, and other things that came later on. Part of being a teenager is figuring out what stuff you like, and those who are teenagers now have a whole all-you-can-eat buffet of things to enjoy.

Use the internet to discover shit you like, and use the beauty of tangibility which so many believe no longer exists to absorb yourself in it. If you hear an album you love on Bandcamp, buy it on vinyl so you can watch those golden sounds get churned out. Watch videos of your favorite bands performing live on YouTube, then form your own. Listen to a great mix on 8tracks, then make mixtapes to decorate and give to your friends. Find zines on Tumblr or Etsy and then make your own.

I was talking about this with Anaheed and she remembered some Winona Ryder interview where Winona was like, “I wish people still baked bread!” You can still bake bread, Noni! And people can still play records and read magazines and listen to the Who. It’s just that, well, most people don’t. And you know? Maybe that even makes it more special. ♦