There Was No Creek and I’m Still Alive

If my father could have had his way, he would have raised me in a box with a hole for air and food. 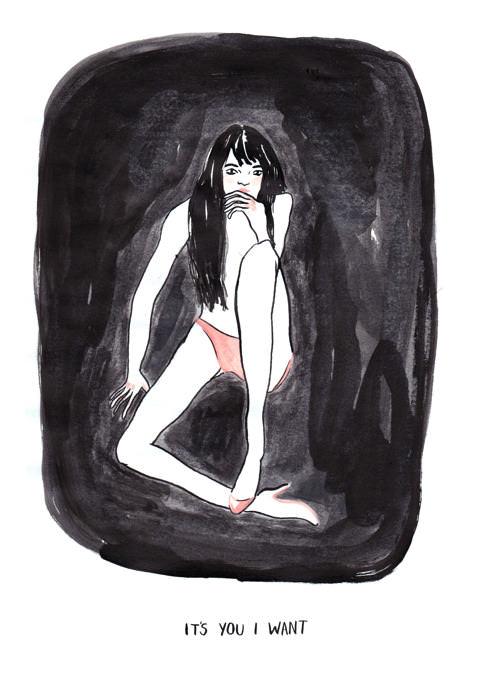 My father used to believe man was born from the rib of woman. He and my mother would constantly argue about it, like my mother would say, “No, it’s the other way around,” and my father would say, “Why don’t you ever think for yourself?” He believed monkeys were the first species to have sex just for the fun of it, and way the story goes is that one day a primitive African caveman spied on two monkeys fucking in a bush and then went home and tried to convince his caveman wife to do the same. My father thought the world was generally benevolent and we didn’t have to wring our hands together, we only needed to wait, and in due time everything bad would reverse itself and our good deeds would eventually be rewarded so extravagantly that destructive emotions like bitterness and self-pity would cease to exist, but for now, we had to trust that the universe was created right and we were its happy, observant bystanders.

“And what about someone who only does bad stuff, Dad?” I asked him I was a child, when he was still in the mood to answer my questions and be the tiny God of my tiny world. “How will they be rewarded?”

“I don’t know, sweetheart, but everything happens. Everything that should happen, happens.”

“So every woman has a little man inside her rib?”

“And you accept whatever happens in life?” my mom asked.

But he didn’t accept me and my mother. When we wanted to stay up all night, he pulled the leather belt from his pants and threatened to whip us. The next day, my mother and I bought him the same exact pair of pants but two sizes bigger and switched his old pair with the new one so that the next time he took off his belt to try and whip us, his pants actually fell to the floor, and he looked so funny in his boxer shorts and his little baby-bird legs, with his leather belt in hand, angry like he didn’t even know us. My father’s temper was bearable for the most part, and when it wasn’t, my mom and I fled to the house of my best friend, Thessaly. Thessaly lived in a small brownstone in Kew Gardens, and her father had no opinion on anything, not even about what kind of woman he wanted Thessaly to become, or what kind of woman his wife—a plump cat lady who was more punctual about feeding her cats than she was about feeding her husband and daughter—had already become.

My mother was everything my father was not. She didn’t believe in the essential goodness of the world, because the way I saw it, she was already living proof it, like she was the kind of mother who asked me all the time what I wanted to do instead of telling me what she wanted me to do, a mother who was willing to borrow a paintbrush from our upstairs neighbor and spread newspaper on our living room floor so I could lie there while she covered me in pig’s blood, which we managed to track down after my mom called her best friend’s cousin’s ex-boyfriend’s former colleague’s college roommate’s sister-in-law’s childhood horseback-riding instructor’s acquaintance, who was a very nice man with a smoky voice who owned a farm called Blood Farm, which he said over the phone he was thinking of renaming because it wasn’t so great for business.

I had a mother who was willing paint me in pig’s blood the way some mothers were willing to drive their daughters to school in the morning, a mother who spent the whole day cleaning up after I went to school so that my father didn’t catch wind of my “little stunt,” as he sometimes liked to call my ideas, and threaten to crack a folding chair over my “stupid fucking brain,” as he sometimes liked to call it.

I had a mother who supported all of my wishes, including when I wished for a Halloween costume that was the physical manifestation of the idea of “slaughter,” and it was going to be so incredibly meta, like I was both embodying the idea of slaughter with my costume and my costume was also totally going to embody how much I was slaughtering the competition, except my mega win was short-lived because I reeked, and my sixth grade teacher said, “Annalise, I swear to god, if I didn’t need this job to pay my bills, I would slap you to the ground,” before sending me home.

Later, Thessaly told me the whole school thought I was deranged, and someone had joked about giving me electric-shock therapy, which actually wasn’t a good joke at all because an auntie on my father’s side really did suffer from psychosis, and when she was 15, my grandparents sent her to Beijing for treatment, and when she came back, my mother said she suffered from memory loss and started to shit her pants on a regular basis and had to be put in adult diapers for a year, which is the kind of story that sounds funny when you tell it to a friend, but when you’re alone in your room and really letting yourself think about it, you end up feeling so scared that you crawl into your mother’s bed like you did when you were first learning to sleep on your own.

And so even though my mother loved me unconditionally and permitted everything, even though she tried so hard to build a safe space for me at home, one where all of my ideas were important and worthy, where my jokes were never the butt of someone else’s, and my little attempts to experiment with who I ultimately wanted to be were always allowed and even encouraged, despite all that, my mother could never be the whole wide world. No matter how often she let me know that I was precious and rare, I still had to contend with the rest of the world, who couldn’t give less of a fart about who I wanted to be and who I had so far been, and who I had so far been was someone whose hands would not stay steady when she heard her father’s footsteps in the hallway outside her room, someone whose bottom lip quivered when her father stood over her in the morning, wondering if he was going to throw her school textbooks at her or kneel by her side and stroke her hair, wondering if he was going to say, “Wake the fuck up already. How fucking entitled do you have to be to sleep until eight in the morning on a school day?” or if this was going to be the day he said, “Wake up, my princess. I made us dinner for breakfast. That’s what you asked for, isn’t it?”