Get Your Back-to-School Body!

Each week we’ll be posting reviews by our staff—of music, movies, TV shows, books, blogs, video games, etc. You’ll probably notice that these aren’t all new releases. In fact, most of them are quite old! That’s because we love old stuff as much as new stuff, and appreciate being pointed to anything good from any year. They also aren’t necessarily “reviews,” as much as they are just stuff we like, that happens to fit around our monthly theme. This one is for beginnings, firsts, and back-to-school.

Ladies, Women and Girls
Bratmobile
2000, Lookout Records
The classic Bratmobile album Ladies, Women and Girls might as well be called Gents, Men and Boys, as most of the songs on it are about Male Trouble. Guys can be pretty shitty and heartless, but the good news is you get to sing along to this empowering album from 11 years ago. The lyrics are still so insanely relatable it’s like they were written and recorded in nowatimes. How is this possible? Number one: it’s timeless rock ’n’ roll with the brilliant contrast of yell-talk-singing over melodic surf guitar that makes each track catchy without being unsophisticated. Number two: hearts can still break 11 years later. Tracks that will blow away any song sitting next to them on a mixtape: “You’re Fired” (keyboards!), “It’s Common (But We Don’t Talk About It),” “Well You Wanna Know What?” (more keyboards!), “Do You Like Me Like That?” —Olivia Todd

Myrmidons of Melodrama: The Definitive Collection
The Shangri-Las
1994, RPM Records (U.K.)
If long-lost episodes of Beverly Hills, 90210 and My So-Called Life ever emerge from a secret vault, I wouldn’t be surprised if they include scenes of Brenda Walsh and Angela Chase sitting in their rooms, listening to this compilation album on repeat. Songs about falling for bad boys who dress in black and ride their motorcycles too fast would probably hit close to home for the girls who fell for Dylan McKay and Jordan Catalano. The Shangri-Las, who met as teenagers while growing up in Queens, were known as the tough chicks of the 1960s girl-group era. They were most famous for their hit “Leader of the Pack,” but Myrmidons of Melodrama also includes their better gems, such as “Remember (Walking in the Sand),” “Sophisticated Boom Boom,” “I’m Blue,” a cover of the Chantels’ “Maybe” and even a couple of public-service announcements, in which the girls give weird dating-etiquette tips. Myrmidons is a must-have for anyone who has ever felt the torment of star-crossed romance, especially if it was over someone like that Siberian Husky–eyed Jordan Catalano. —Marie 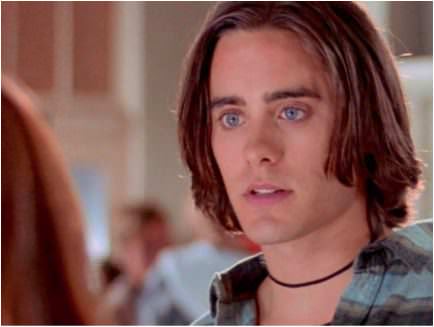 Too Young to Be in Love
Hunx and His Punx
2011, Hardly Art
If the Shangri-Las are too lovey-dovey for you, Hunx and his Punx is a good, grittier take on those dreamy sounds. You will fall in love with bandleader Seth Bogart as he wails about a boy he loved and lost and the pain that is youth, and one of his backup Punx has a twang to her voice that you really just have to hear for yourself. (Look for it on “That’s the Curse of Being Young” especially!) This album is basically a John Waters movie in music form—half poking fun at the wholesome American values and conventions of the ’50s and ’60s, half nostalgic for their simplicity when it came to being a teenager in love. (Sigh, etc.) —Tavi

#1 Record
Big Star
1972, Ardent Records
Falling in love. Feeling invincible. Driving along the back roads on a hot, sunny day with no real destination, your long hair whipping out the car window. The anticipation, on a Friday afternoon, of Friday night. Cigarettes being lit. Quick, excited kisses. The best kind of butterflies in your stomach. The quiet, exhausted feeling you get when you’ve cried or laughed or kissed too hard. The smell of coffee in a car at midnight. A sudden, unshakable need to keep moving. The worst kind of butterflies in your stomach. The final weeks of summer. A lonely ride home. A pair of headphones and a darkened room. Becoming a stranger in a familiar place. Watching the sun come up and feeling the wet grass on your fingertips. The kind of sigh that lets you look back and let go, all at once. This is what the album #1 Record means to me. I’m not sure if it will mean the same things to you, but I hope your ears love it as much as mine do. —Pixie

Let’s
Olivia Drusin
2011, BandCamp.com
Let’s was written, performed and produced entirely by Drusin, a 17-year-old singer-songwriter. Her voice is unreal—gorgeously smoky but still able to reach the highest notes—and so malleable that it almost sounds like three different girls sang on this album. Each song has an entirely different vibe, but they aren’t so diverse that Let’s doesn’t come together as a whole. Sometimes romantic, sometimes haunting, this album, which you can listen to and/or buy here, is a collection of beautifully written melodies. —Hazel

Crooked Rain Crooked Rain
Pavement
1994, Matador
In three words: a perfect record. Lyrically delightful (no one bests Stephen Malkmus), melodically giddy, guitar-twang rock-y and full of sense memory that remains so real for me that when I saw Pavement at Summerstage last fall, my face hurt from smiling and singing. And maybe there was a single tear. Best song for a mix for yr crush: “Gold Soundz.” Best song for shouting along to in your car at top volume: “Unfair.” Song that disses the Smashing Pumpkins and Stone Temple Pilots: “Range Life.” —Elizabeth

Freaks and Geeks: Original Soundtrack and Score
Various Artists
2004, Shout Factory
I just really, strongly, highly recommend listening to songs like “Lindsay’s Theme” and “Geek Hallway” while you’re walking to your next class so you can feel like you are in the show. —Tavi