Or, why it’s good to be the one who got away. 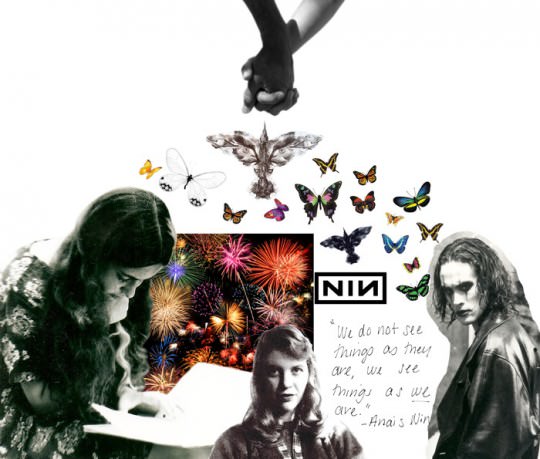 Brandon Harris* was my second boyfriend.

We had this thing that I’m still not sure how to describe during my sophomore year of high school.

I need to stop and explain that sophomore year was when life started happening to me. Before then I’d never kissed a boy, never ditched a class, only smoked pot once and only smoked cigarettes and snuck glasses of my parents’ wine on very rare occasions. By the end of the year I’d kissed three boys and had sex with one of them; I had a stack of so many blue detention slips from cutting class that I had to serve a Saturday detention; and I smoked cigarettes and pot and drank regularly. In other words, I did a lot of things that I wouldn’t be very proud of later. I wasn’t even proud of them at the time. I was depressed and numb, and I hated myself. I can’t really explain why. Maybe it was chemical. Maybe it was from the boys in my junior high gym class who reminded me every day for two years that I was flat-chested, stringy-haired and freakish. Maybe it’s something everyone goes through.

Anyway, the first time I saw Brandon was rather unimpressive. He was falling down drunk in the bushes at Scoville Park. I didn’t notice how gorgeous he was until a couple months later at a concert/birthday party for my best friend Robin in her boyfriend’s basement. Brandon was the singer of one of the bands and he strolled up to the mic wearing rose-colored John Lennon–style sunglasses and a black trench coat over a T-shirt emblazoned with an anarchy symbol. He didn’t really sing, more like read poetry over the noise. And I felt like he was staring at me, but it was kind of hard to tell with his dreadlocks hanging in his face. His looks and total self-confidence caught my attention, but that poetry full of dark, swirling imagery about shattered souls that I wished I could have written was what kept it.

I didn’t get to talk to him that night because my first boyfriend, Derek, was playing drums in that band and even though Derek and I had been broken up for a couple of weeks, we were will still hanging out as friends.

Friends was all I’d ever wanted to be with Derek, but he’d asked me out in an awkward way when a group of us had gone over to somebody’s house, smoked a bowl in the garage, then got restless and decided to play football, which none of us even really knew how to play because we were the proud freaks and geeks who always got picked last in gym class. But it was a lot of fun and I was pink-cheeked, out of breath and grinning when my mom picked me up. Before she could drive away, Derek ran up to the car equally flushed and breathless and beaming and asked, “Stephanie, will you go out with me?” in front of everyone—our friends, my mom.

I said yes because Derek was nice and I didn’t want to hurt him, especially not with an audience. I thought I could learn to like him the way he liked me. Fake it till you make it, or something like that. I kept that up for almost a month before Robin’s boyfriend (and Derek’s best friend) Will took me down to the hottest room in his basement and grilled me about my feelings for Derek like I was a murder suspect. He didn’t let me out of that sauna of an interrogation room until I agreed to break up with Derek because, according to Will, pretending I had feelings for Derek was only going to hurt him worse in the long run.

I knew deep down that Will was right, but his tactics left a lot to be desired, and I didn’t handle things the best way. I got half-drunk and told Derek that it wasn’t him, it was me. I was messed up and couldn’t have feelings for anyone. It was true at the time, but things changed after his concert with Brandon. A few days after that, a group of us went to the movies. A group that included Brandon.

We saw some Harrison Ford film because it was the only thing playing at the two-dollar theater. It was really long and boring. We left after they blew up a bunch of drugs and acted like it was a big victory.

Brandon and I walked out holding hands.

He had taken my hand at some point in the dark. His palms were really dry and calloused, but as soon as he touched me my stomach flipped in that good way, the way I’d never felt with Derek no matter how hard I tried, the way I’d honestly started to believe I was too messed up to ever feel.

I thought that Brandon would let go once we were out in the light and everyone could see us, because Derek was there and we’d broken up less than a month ago and Brandon was his good friend and there was probably some sort of code… But Brandon only squeezed my hand tighter and that incredibly awesome stomach-flipping, butterflies-and-fireworks feeling spread all the way down to my toes.

Brandon never officially asked me go out with him like Derek had. He claimed me when he took my hand, when he led me out of the dark theater into the light, out of feeling nothing into feeling an intense need to touch and be touched.

I told myself that I didn’t care if we used the terms girlfriend and boyfriend, because we connected on a deeper level. We had really deep conversations about writing and depression and anger. He got me in ways that no one else had, and I felt it in his hungry kisses and the way he scraped his fingernails down my stomach underneath my T-shirt, stopping just above the button on my jeans.

Robin cautioned me not to have sex with him until he said he loved me or at least referred to me as his girlfriend. People said that Brandon used girls, had no respect for them, but I thought that whatever we had was different.

I would’ve had sex with him. I wanted to. Then I went out of town with Robin over a long weekend and when I got back, I found out that Brandon had hooked up with another girl at a party. I told everyone who pulled me aside to tell me about it that I didn’t care. Brandon and I were not officially together, and he could do whatever he wanted.

He could, always had, and always would. Over the next two years I watched him date more than one girl at the same time. They knew about each other. They tolerated it and they still slept with him.

But I never did. I didn’t even confront him about what had happened at that party. I’d never told him he couldn’t hook up with someone else beside me, but I realized I couldn’t handle it if he did, so I walked away.

Brandon and I worked together briefly the summer I turned 19. We hung out afterwards a few times, and he told me that I was the coolest girl he’d ever dated.

“We never dated,” I reminded him.

I didn’t totally get how that choice I made when I was 15 had shaped me until this year, more than 15 years after our non-relationship, when I was telling a friend the story of Brandon, who’d just found me on Facebook and had reminded me yet again how cool he thought I was.

But inwardly I was proud of that girl I’d been. I had made a ton of mistakes and would make many more, some even worse than the one I could have made with Brandon. However, I’d gotten a little stronger the day I chose my own self-respect over the games everyone else let him get away with playing. I’d gotten stronger still every time I ran into him over the years and he reminded me that, yeah, I was indeed worthy of being treated better. I’d had a hunch back then and I’m glad I followed it. ♦

* All names have been changed to protect the (sometimes not-so) innocent.