Literally the Best Thing Ever: Prom (the Movie)

You’re not too cool for it, OK?

I Was a Teenage Activist 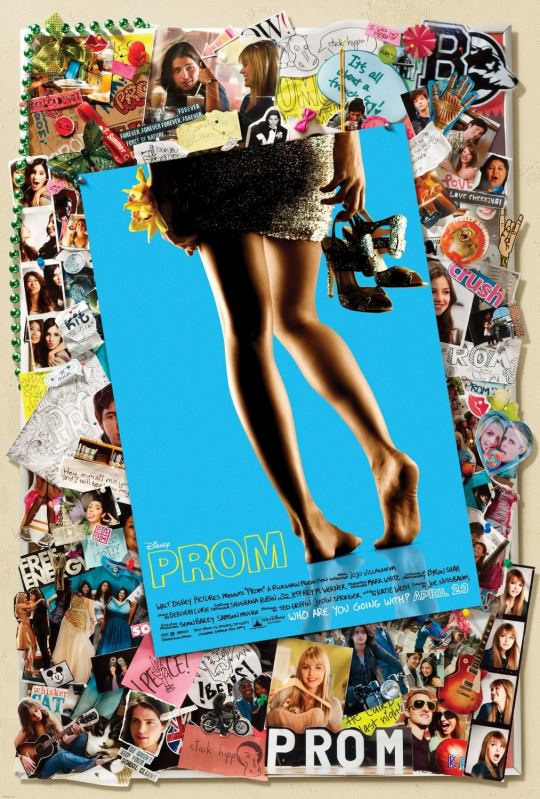 Prom is a magical night with unicorns and rainbows and happiness. Just kidding, it’s definitely not like that (unless your high school is located inside a Lisa Frank illustration). Prom is a different experience for everyone. Sometimes it really IS magical and beautiful, and other times it just doesn’t fulfill your expectations. Prom is typically a big deal, with guys freaking out over a date and girls freaking out over a dress. There’s just a lot of freaking out! Which is why when I saw the movie Prom, a film that covers the stress, the romance, and the fantasy of the event, I couldn’t help thinking it was awesome.

When I saw the trailer I thought, “This looks like another unrealistic teen movie about teenage emotions and identity and young love!” It seemed really formulaic: the delinquent looks like a male model, the nerd wants to be popular, and (spoiler!) the bad guy and the good girl fall in love. I went into it expecting something I have seen a thousand times before: teenagers with perfect hair crying over love and cliques and whatever.

In fact, I was sort of thrown off guard. First of all, girls were not acting bitchy to one another. And the most popular girl in school was not some blonde Barbie that everyone feared; she was black and was a nice person. There were biracial couples too! Not to mention that even though the teenagers in the movie come from different social cliques, they genuinely get along. Also, alert the press: a girl (yes, a female) teaches a boy (a BOY) to play guitar. Remember all of those “boy teaches girl to swing a bat” or “boy teaches girl other stupid thing to get close to her” movie scenes? Well, Prom just changed that, and it was awesome! Also, when a girl finds out her boyfriend is cheating on her, she doesn’t get all mopey and cry about it over ice cream. She dumps him and has a great time without him at prom. Dum da dum, teen movie revolution! Girls have better things to do than cry about boys who are jerks! Basically, Prom surprised me and because of these unexpected moments I wanted to give the movie a big hug and high-five it a thousand times.

I also loved Prom just because it was so whimsical and cute. As a cynical alterna-girl* I am just not supposed to love this particular type of movie. It’s designed for tweens, not supercool teens. It paints a dreamy portrait of high school life that is far from accurate. There’s no sex, drugs, or chaos. It’s just not a “cool movie.” BUT WHO CARES? I do not care! I loved that the bad boy and the good girl fall madly in love. My best friend and I stood up and applauded in the theater when they kissed, not even kidding. If you saw all that they had been through you would have been clapping too. I also really felt for the nerdy boy who couldn’t get a date. When that goth girl locked eyes with him at the end I felt so happy for him. It was a touching moment, for real! There was also a montage of boys asking girls to prom, and it was too good. I usually make fun of those people at my school, but suddenly it seemed so adorable!

I’m NOT being sarcastic; I loved this movie! Side note: when my friend and I were in the bathroom after the movie, we overheard these younger girls talking excitedly. They were counting the years until their prom (I think they were 11 or 12 years old) and were squealing about how awesome it was going to be. Is that the cutest thing you’ve ever heard, or what? I really didn’t expect to like the movie so much, but it made me feel all warm and fuzzy inside. I’m sure most people would consider Prom a “guilty pleasure,” but I am far from guilty about it. And that’s definitely why Prom is, literally, the best thing ever!

* I am definitely making fun of myself.