“If school days are the happiest days of your life, I’m hanging myself with my skip-rope tonight.” —Jackie O at 16, in a 1945 note to her boyfriend 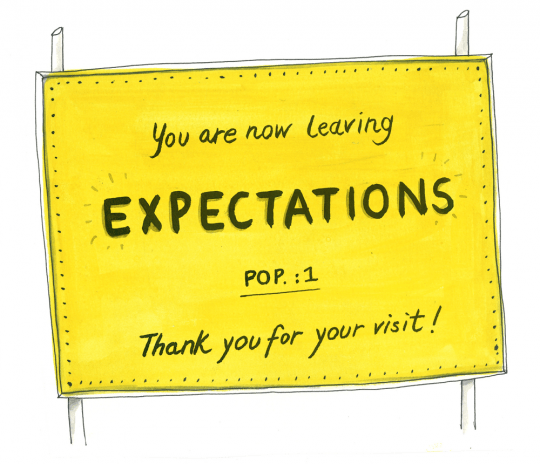 In 1995, there was nothing I wanted more than to finally become a teenager. That was the year: the year I crossed over from being just an ordinary, awkward 12-year-old to enter the mystical world of teendom. Everything in my life told me that becoming a teenager was the solution to all my problems. To be a teen was to be beautiful, popular, stylish and free.

I would bond with an unlikely group of misfits, who would become my friends for life! I would fall in love with Judd Nelson in detention! Should I fail to be pretty enough to entice Judd right away, I would get a makeover from kindly popular girls and/or new BFFs! Also, I would go to school dances; at these school dances, it would become immediately apparent that, when I took my glasses off, I was just so pretty!

Imagine my surprise when I turned into just a regular teenager.

Look: I am going to break this to you now. Your teen years are a very valuable commodity to some very wealthy adults. They have learned that packaging and promoting the experience of “teen” is a great way to get you to buy things. Movie tickets, music, clothes: you name it. The unfortunate side effect of this is that you can wind up, as I did, expecting your teen years to resemble a scripted drama by a 45-year-old male screenwriter. Or, worse yet, expecting yourself to resemble one of the very pretty 23-year-olds who are routinely called upon to play “awkward” high school students. And when you expect this, you are setting yourself up for some fairly hideous disappointments.

Hideous disappointments like mine! Which I will now tell you about. Because, you know? I learned something from every single one.

EXPECTATION: I will find my clique, and settle into a life of acceptance, friendship and wacky adventures!

REALITY: Dumped by all of my friends, publicly, in a cafeteria. Twice.

I was just not very good at clique-finding. First, I tried to hang out with the popular girls—the ones who knew about fashion, wore makeup and were a hit with dudes. I liked fashion magazines! I knew a bit about makeup! I wanted to be a hit with dudes. Unfortunately, the things I liked other than fashion magazines and makeup were talking about what I saw last night on the news, and feminism, and how gay people ought to be able to get married. This was not a turn-on. One day, when I went to our usual cafeteria table, the girls all just turned their backs on me in unison, and that was that.

So next, I went to the alterna-teens. The ones who played guitar and talked about how they wanted to move to Seattle. I liked music! I could do this! Unfortunately, I was still talking about feminism, and this time around I was trying to get them all to listen to Hole (them: “Oh, yeah, she’s Kurt Cobain’s girlfriend”) and Tori Amos (“Oh, yeah, wasn’t she maybe Trent Reznor’s girlfriend?”) and PJ Harvey, who was not anybody’s girlfriend that they knew of, and therefore was not worth listening to. This time, the dumping was even more theatrical: I sat down at the cafeteria table, and they all got up and walked to the next table.

LESSONS: Surprise: I am now an adult. I still like fashion magazines; in fact, I get to write for a website that does a fair bit of fashion. And how did I get to write for it? I started a website where I talked about what I had seen recently on the news, and feminism, and how gay people ought to be able to get married, and also sometimes PJ Harvey. Having friends is great; you should definitely make friends! I made some real ones, eventually. But having a “clique” is awful for you. Cliques teach you to fit in. The only way to know your value is to know what makes you different. If everyone agrees with you all the time, odds are that you don’t have anything interesting to say. When people reject you for not fitting in, take note: they’re pointing out what makes you unique. And that’s going to come in handy later.

EXPECTATION: My true beauty will be revealed, through the magic of makeovers!

REALITY: Got called “young man,” on a regular basis, for an entire year.

As a teen, I adopted Winona Ryder as a role model. My goal was to transform myself from an ordinary-looking, skinny brunette into an edgy brunette “waif” of the sort who might possibly date Johnny Depp. Thus, I got all my hair chopped off, adopting what the magazines were calling a “pixie cut,” put on my dad’s flannel shirts and went to town.

I just sort of forgot that when someone wears androgynous clothes, has short hair, is completely flat-chested and is of an age where many boys don’t have facial hair or deep voices, there are several different ways you can read that look. And what people read on me was “Hey, a dude!” Teachers did it. School bus drivers did it. Sales clerks did it. But my fellow students, for some reason, never did it. They just waited for me to have to clarify that I was a girl, so that they could laugh and laugh at this latest hilarious misunderstanding.

LESSONS: Well, we should deal with the serious lessons first. There are plenty of people who get mis-gendered, or bullied for not conforming to stereotypes about their gender, and most of those people have it way worse than I did. Transgender people, in particular, often have to go through their entire adolescence in bodies and gender roles that just don’t line up with their inner selves, and it can take a lot of work and a lot of time to get their inner and outer selves to match. Gay, lesbian and bisexual teens are often bullied mercilessly. I had none of those problems; all I had to do was grow my hair out and start wearing skirts. I had it easy. But in my year as a “young man,” I did learn a lot about how screwed-up stereotypes and gender expectations are, and I’m grateful for that.

Also: haircuts, much like assault rifles, should probably require a 48-hour waiting period. I’m serious. Those things can ruin your life.

EXPECTATION: With my popularity and beauty duly attained, I shall now find that most important of all things: my very first high school boyfriend!

REALITY: You know what? College is a very exciting time in a young woman’s life. It’s totally fine to get your first real kiss in college. No, really. It is.

LESSONS: Oh, all right. I’m still bitter about this one. I’m told this bitterness can be assuaged by watching a little show called Teen Mom, but I’m having none of it.

But, hey. You know how they tell you that dating isn’t the most important thing in the world? That’s something you get to figure out firsthand when you go through pretty much the entirety of your teen years dateless. Life goes on. Your friends still like you. In fact, they like you more than usual, because you’re not one of those girls who go AWOL every time they start dating someone.

And, while actually falling in love is great, wanting to fall in love is usually just another way of wanting validation. People often want boyfriends or girlfriends because they want to know if they deserve them. But who deserves the power to decide whether you deserve love? Whose judgment is really that great? OK. This is the person you want to date, correct? Are you, by any chance, basing your assessment of this person’s judgment on the fact that he or she has really, really shiny hair? Does this person, by any chance, still have bed sheets with Pokémon on them? DOES THIS PERSON STILL LIVE WITH HIS OR HER PARENTS, AND RELY ON THEM FOR FOOD AND SHELTER??? Great. Let’s acknowledge that this person might not quite be ready to tell you whether you deserve to live just yet, and move on.

EXPECTATION: If all else fails, I can at least pull it together for the prom. It is the most magical and romantic night of a young girl’s life! I deserve at least one of those!

REALITY: Here is how I spent my prom: crying in the back of a station wagon.

At first, everything looked good. I got the dress, the hair, the makeover— and it actually worked. I looked great. I went with a guy friend whom I was not even remotely attracted to, but at least I had a date. My best friend was there, with her boyfriend; I had people to hang out with. But then I was at prom, and I didn’t have a real date, and everybody else was smooching, and nobody complimented my dress, and the expensive necklace I’d bought for the occasion turned out to be flimsy and it ripped right off on a piece of the decoration, and my best friend wandered off to have intensive smooch times with her boyfriend, and I went back to my fake date’s station wagon and cried about it. And then he sort of cried, too, because he wasn’t aware that the date was fake. And then, we had the awkwardness. Oh, the awkwardness.

LESSON: This, too, shall pass. After I cried, my best friend came back, witnessed awkwardness, and declared it was time for both of us to leave. We got in her car and rode around in the dark, singing along to the radio. It wasn’t magical, it wasn’t romantic; it was just the two of us, doing what we normally did, in more-expensive dresses. But when I remember all of this, it’s her I remember. More than anything else about my high school years I remember the several thousand times we rode around town in her car, going to no particular destination, circling around on the highway and singing. It wasn’t cinematic and it wasn’t glamorous, and the two of us were the nerdiest nerds who ever nerded, and we were treated as such. But that didn’t stop us from having fun. That’s the other lesson: there is goodness in all of this, too. Beneath the hideous disappointments, behind all the shattered hype, there’s always some kind of goodness. It just never looks like what you expect. ♦