Characters to Channel for Confidence

Badasses I will never be.

Sometimes I get into situations where I need to boost my confidence. I look to these characters, these badasses I will never be, and try to channel their subtle insults, their cool demeanors, and their threatening presence. It probably doesn’t work, but at least I try!

1. Rayanne Graff from My So-Called Life 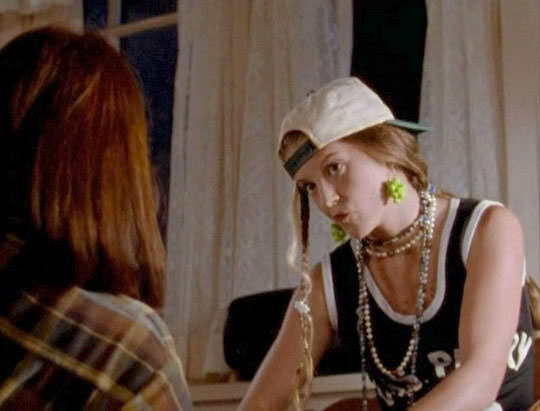 Do I even need to explain? Rayanne doesn’t care what people think. She is as loud and funny and crazy as she wants to be, and everyone else can just deal. The episode where she tells Jordan Catalano at the Buffalo Tom concert that he should treat Angela better was an inspiring moment. I remember mentally applauding Rayanne. She may have her problems, but she seems to be the only one on this show that has the guts to stand up to people and tell them what she really thinks. 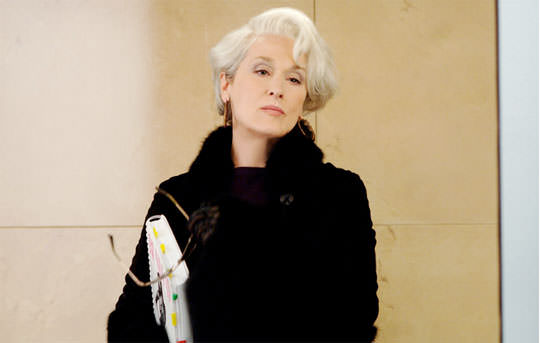 She’s cold, but sometimes you need to be cold, right? “Florals? For spring? Groundbreaking,” she deadpans to an editor in a meeting. Cheers to brutal honesty! I always admire people who can realize that the world is a cruel place and sometimes you have to do things you don’t want to do to get where you want to be. Not everything is made out of rainbows and puppy dogs. When I want to tell someone that they’re being a big baby and need to grow a thicker skin, I try to channel Miranda. 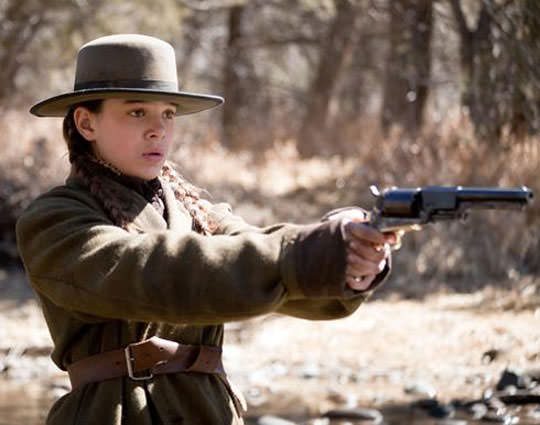 Brave, persevering, and intelligent, Mattie Ross is a true feminist icon. She goes where a typical 14-year-old girl in the 1870s would never dare go (because she wouldn’t be allowed to). Ross isn’t afraid of getting dirty, getting hurt, or being ridiculed. She won’t let anything get in the way of taking down the man who killed her father. In fact, she possesses more true grit than any of the grown men she enlists to help her on this mission—and that is really something to look up to! Mattie Ross has all the guts I could ever ask for.

4. Lisbeth Salander from The Girl With the Dragon Tattoo 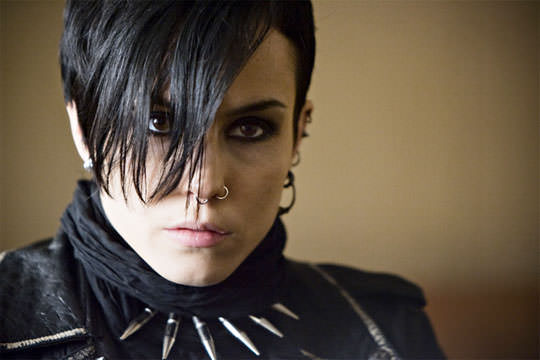 OK, let’s be realistic. I am never going to be Lisbeth Salander. First of all, I’m not Swedish; and second of all, she is shorter than me. But other than that we’re practically the same person, it is so weird! Kidding. But really, the scene where those guys on the subway are hassling her and she just breaks a bottle and starts laughing and running towards them like a maniac … I want to be that if I’m ever in danger. Catch me in a situation where I’ve just had ENOUGH shit from people and I just might be, for a few minutes. 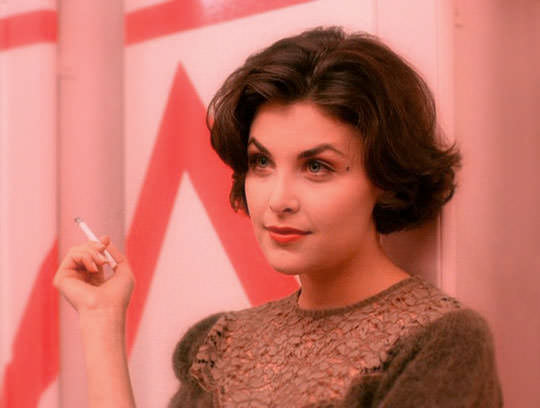 Audrey Horne is sex on legs. She’s also curious and a bit conniving, sometimes to the point where it’s risky. But that’s what’s cool about Audrey: she is dangerous but vulnerable enough to realize when her schemes have gone too far. Plus, I’m pretty sure she could seduce the entire planet. Her dance scene in the café is downright weird, and if there is one thing I admire in a person it’s their ability to get weird in public and not care. Dance like everyone is watching you and don’t mind one bit, just like Audrey! 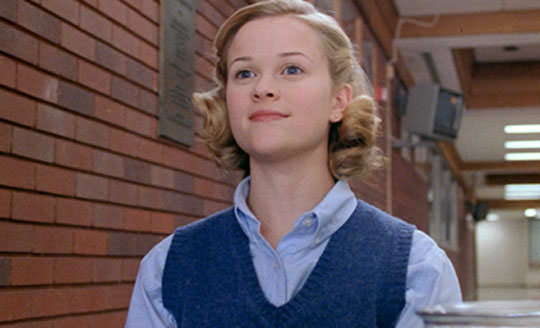 Tracy Flick is extremely annoying and is the opposite of me when it comes to school. She is an overachiever, fantastically peppy, and ruthlessly competitive. So why would I ever want to channel her? Because sometimes I really, REALLY want something and I want to make it mine. It might not be to win a school election—but it could be another leadership position, in a club, a job, etc. I think about Tracy every time I want to get super aggressive in my studies. Like, SUPER aggressive. 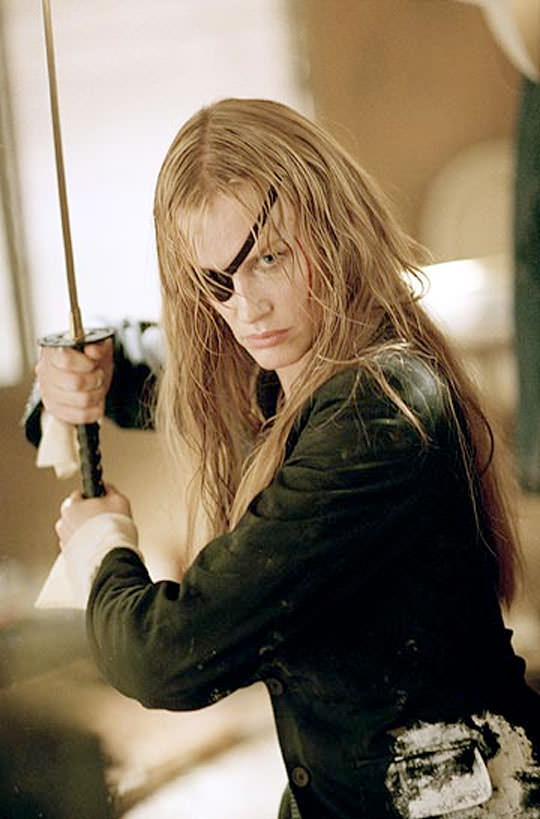 I am going to be 100% honest and say that whenever “Twisted Nerve,” Bernard Hermann’s remix of Elle’s whistling song, pops up on my iPod (yes, it’s on my iPod) as I walk down my school hallway, I feel like a freaking badass. Elle is evil, witty, and gorgeous. She’s a trained assassin with one eye who can whip up a seriously mean comeback. She just acts like she owns the universe—and I want to act like that all of the time! 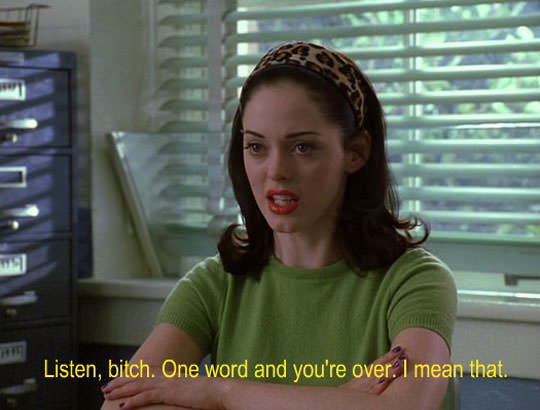 Courtney Shane is actually a cold-blooded killer, which is not aspirational for me, but I can’t help admiring her calm attitude when things go totally haywire. She knows exactly what to do, when to do it, and how it should be handled. I try to maintain her state of mind when I’m freaking out over bad test grades or other terrible accidents in my life. Her confidence could also be interpreted as textbook narcississm, but who cares? Think “WWCD?” when you’ve gotten yourself into a sticky situation. ♦