Cartoon Characters and Their Teenage Alter Egos: A List

Rugrats’ “All Grown Up,” applied to our other childhood TV heroes.

Today, I Am a Freshman 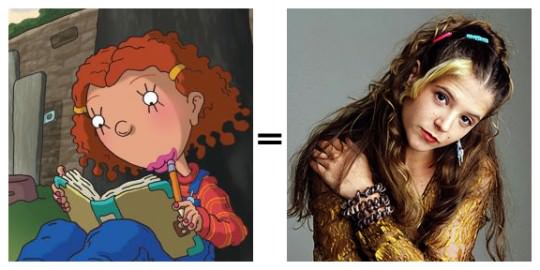 1. Ginger (from As Told by Ginger) = Rayanne (from My
So-Called Life)

Ginger is a totally average 12-year-old who crushes on boys pretty hard and gets good grades in school. Her father left the family when Ginger was very young, so his absence is felt throughout the series. I imagine that when Ginger gets to high school she’ll realize that her hair is holding her back and she’ll dye it blonde and let it grow out. Then her daddy issues will definitely resurface, compounded by her failures in the love department during middle school, and she’ll turn into a cool, slutty bad girl … à la Rayanne Graff. Don’t deny it, it could totally happen! 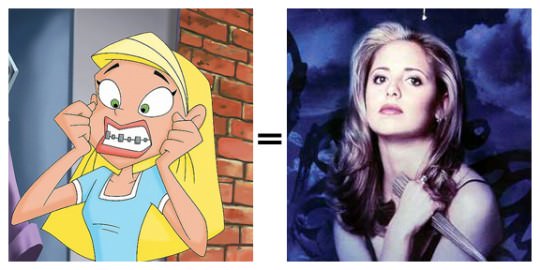 2. Sharon (from Braceface) = Buffy (from Buffy
the Vampire Slayer)

Sharon Spitz just wants to be a normal junior high student, but her braces are getting in the way of her life! It’s so annoying! Eventually, she will get those braces off in high school … and will be forced to turn into a vampire slayer! So annoying! Sharon is different from other kids, mainly because of her insane magnetic braces that stick to metals and pick up radio signals (seriously though, what was up with that?). Buffy was different, too, because her Slayer duties were getting in the way of her high school social life. That’s why it’s not that hard for me to imagine Sharon as a vampire-slaying hero who just can’t be a normal teenage girl! 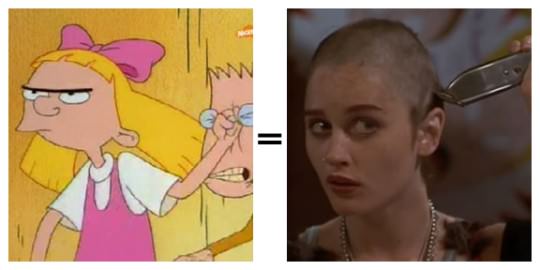 Helga Pataki is tough and intelligent, although the girlish outfit she always wears doesn’t communicate that. Once a teenager, Helga will probably lose the bow and pink dress and opt for a nose piercing and baggier clothing. Essentially, she’ll transform into Deb from Empire Records. I could definitely see Helga shaving her head after confessing her obsessive love to Arnold and being rejected. Nobody understands Helga, and nobody really gets Deb, either. Helga’s got her fair share of issues that are going to explode once she hits her teenage years, and she’s bound to develop a morbid sense of humor to go along with it. Sounds like Deb to me! 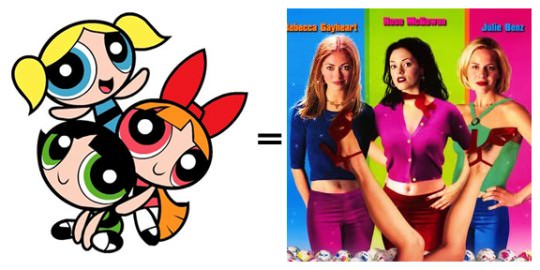 Let us just forget the Powerpuff Girls’ superpowers for one moment and see them for the girls that they are. Blossom is the logical one, Bubbles the ditsy, and Buttercup the angstiest of the three. My predictions are that once she’s a little older, Buttercup gets a little too sassy and turns into the tough leader of the group (Courtney), leaving Bubbles (Marcie) and Blossom (Julie) as her sidekicks. Buttercup might seem like she’s got it under control now, but once she goes through puberty she is bound to turn into an evil Courtney Shane. She is trouble! 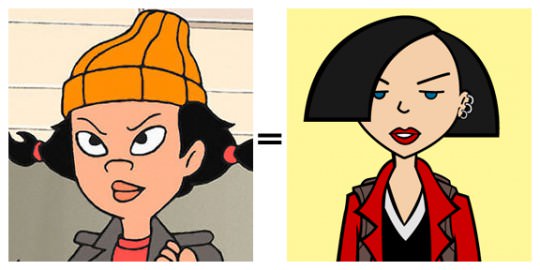 Ashley Spinelli is a feisty girl with artistic talent. Confident and daring, she stands out among her peers. In high school I envision her mellowing out a bit and not letting her classmates get under her skin. Well, they’ll certainly annoy her just as much, but she’ll replace her violent tendencies with sarcastic, biting comebacks. In my mind she becomes Jane Lane. She’ll harbor a lot of angst but learn to loathe everyone much more quietly. 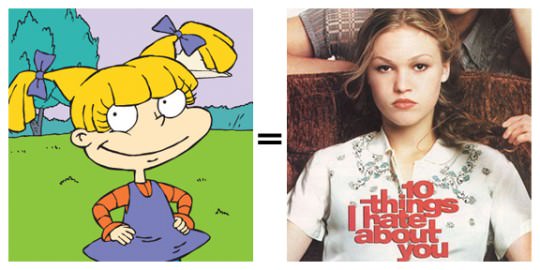 Spoiled and antagonistic Angelica Pickles will eventually stop bullying the babies. Instead of adopting a predictable role as a mean queen bee, she will become undeniably alternative. Angelica will grow hostile to her parents (who neglect her), become increasingly political and discover Riot Grrrl. She’ll turn into Kat Stratford (as played by Julia Stiles, from the movie version of 10 Things) and will never look back, leaving behind her beloved doll/sidekick Cynthia! A girl playing with dolls is suuuch a patriarchal construct. &diams