Trying to talk seriously about bullying is hard. The word alone sounds cheesy. This is the first in a series of posts in which we try to have that conversation.

Your Regular Dose of Stalkage 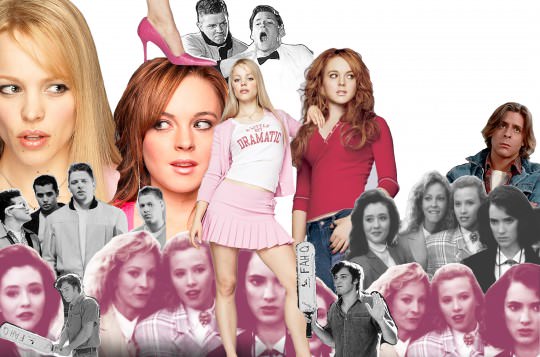 Bullies! Hot topic! Trendy right now! Whether Lady Gaga is giving an interview about how she was born that way or Taylor Swift is victim to a bunch of laughing jerks in the video for “Mean,” everyone has been talking about these terrifying and technologically savvy creatures. But the real questions remain unanswered. Who are these mystery people? Where do they buy those giant combat boots, the better to stomp through school hallways with? What bushes do they hide behind? Where do they keep their safes full of stolen lunch money? What technology have they been confidentially developing with Steve Jobs from the privacy of secret lairs to be able to write cruel things on their classmates’ Facebook walls in Instant HD HQ Real Time?

The reality is that bullies are me and you and everyone we know. Not in an X-Files way—I’m not saying we should all live in fear of the 7-Eleven guy insulting us at random while we’re paying for our Slurpees. But humans can be really stupid and cruel, and pretty much everyone has bullied another person at some point. Out of insecurity, out of pressure, for so many reasons. I have. You have. If you deny it, you are either lying or an infant. Of course, just because I think bullying is human doesn’t mean that I don’t also think humans can control their actions, or that when they know they’re being a bully, they should let themselves off with, “I’m JUST a human being!” But I don’t really see this reality I’m talking about represented in pop music or in the most news coverage on the gay teen suicides of last year. And I’d like to.

Here’s why: At my middle school, they told us to think about if we were bullying anyone and just didn’t realize it—but no one is going to look at this popular caricature of a bully as some evil, mugging Regina George and think, “Oh god, that’s me.” Because—with the exceptions of people you read about in the news who really misinterpreted the messages of Jawbreaker and Heathers—no one is an evil, mugging, Regina George. (THREE POINTS TO ME FOR SO MANY HIGH SCHOOL MEAN-GIRL CULTURAL REFERENCES IN ONE SENTENCE.) Likewise, no one is a completely innocent, doe-eyed victim, either. People bully in different ways, for different reasons. But so long as they’re not going to the extremes of tripping kids in the cafeteria and posting a video of it to YouTube, they might not realize that they’re actually causing harm, and they might continue. Like, hey, pop culture, can I get a really normal high-school character who does a shitty thing one time because they feel bad about themselves, and then regrets it?

This introductory post is part of an ongoing series we’ll be doing here at Rookie for a few months in an attempt to humanize bullies. Not to garner sympathy for their actions nor to defend what they do, at all. But when I think about this National Discussion, I think it’s important to acknowledge that bullies aren’t cartoon characters. If we make bullies into cartoon characters, no one is able to relate to them. And when no one relates to them, no one realizes that they’re being a bully to someone else. Plus, bullies are way easier to ignore when you realize they’re human—they’re insecure, they’re weak, they’re all of those things. See this as a “BULLIES: THEY’RE JUST LIKE US!” kind of thing. Only not as lame, hopefully.

If I sounded too much like your own middle school principal just now, slap me. ♦