Crushing on teachers was my hobby, and I was good at it.

First Encounters With the Male Gaze 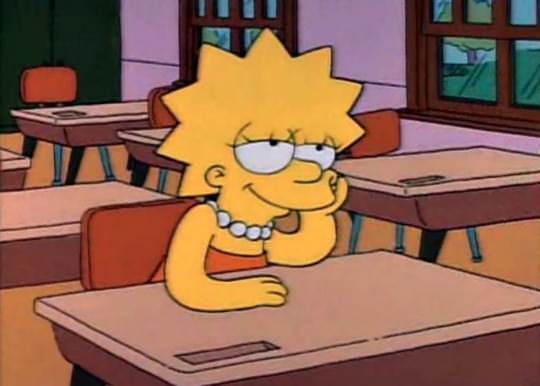 My standards have always been low. The prerequisites for a teacher crush were simple, and easily met: young, male, with a full head of hair. And the hair was negotiable.

It started, as these things do, in elementary school, when having the chance to stare at an adult male all day was reason enough to develop some rudimentary feelings of attraction. However, I didn’t perfect the art of the teacher crush until high school.

It starts like this: find someone funny. It doesn’t matter if they’re wearing really dorky sneakers, or have a bad haircut, or (too often) sport pants with pleats—if a teacher has a sense of humor, he’s the one. I’m sure that other people have had myriad crushes on teachers for that whole Dead Poets Society vibe, with creative inspiration all wrapped up with the raging hormones, but not me. I was in it strictly for the flirty banter. Funnily enough, I found my favorite targets were not in the English department, but in math and science, where they were even more starved for attention, and more likely to flirt back. Not in a creepy way, but just in a friendly, fun way. If a teacher actually hit on me, I would have run away screaming and called the police, because even at 15 I knew that no decent grown man would be interested in a high school girl. (That’s my caveat, and I’m sticking to it.)

That said, there’s nothing else for them to do—teachers are as captive as you are, as bound by the school’s walls and schedule. Just like the handsome boys a few grades above, the teachers need to walk down the halls to get to their classrooms and offices, to duck into the bathroom, to head outside for some air and maybe a sandwich. For me, having a crush just meant having something to look forward to during the course of the day, some interaction that would get my heart beating a little bit faster. I loved the feeling of blood rushing through my body at the sight of a crush object. And when I was in their class itself! Forget about it. I would quickly finish whatever quiz or assignment we were doing, flip the paper over and begin to write long, goofy notes to the teachers in question. The notes were just me babbling about my day, and the movies I had seen, all pointless drivel, nothing risqué. I was never at a loss for things to say, and for some reason, the teachers seemed to find this behavior amusing. It seems that I was very good at skidding along the line between funny and alarming, with test scores good enough and homework in on time. Not one ever ratted me out.

The spring of my senior year of high school, I was walking down a street near my parents’ house one night, and bumped into my then-current teacher crush. He wasn’t particularly handsome or cool, and I knew that if we’d been the same age, I never would have entertained the thought of him as a romantic figure. But still—he was 23 or so, just out of college, and had a cute face, which was enough. I was smoking a cigarette, which he scolded me for. I replied, “I’m 18. It’s legal,” a double-entendre which I am still proud of myself for having the balls to say. In my memory, he coughed slightly, but lingered for a beat. I wasn’t his type either, I’m sure, but there was something in the air, no doubt buoyed by my boldness and all the hallway flirting I’d accrued over the year. I sailed home, as satisfied as if he’d kissed me.

A year later, I went to visit some family in San Francisco, where the aforementioned crush had started law school. I had my cousin drop me off near City Lights, and the crush and I met up for a drink. I was still under 21, but I’d long had a fake ID, should someone have asked. When telling this story, I refer to this evening as “a date,” which I suppose it was, though once we were at the bar, drinks in hand, it was completely obvious that any chemistry we had ever had was gone. He explained to me how the law was like a puzzle, and I talked to him about the poetry I was writing at school. It was an unequivocal flop. When we finished our drinks, he put me in a taxi back to my cousin’s house in the suburbs, which cost an astronomical amount. Teacher crushes, more than any other kind of crush I’ve ever had, have taught me a valuable lesson, which I suppose is appropriate. The lesson is this: crushes are like self-designed hobbies, constructed to pass the time in an enjoyable way, with little grounding in reality. I was far more satisfied with a witty, inappropriate remark made on a street corner than I was with an actual date. Teacher crushes are best left in the classroom, where they belong, floating around with chalky dust motes and daydreams. ♦