From Here to Violet Stardust 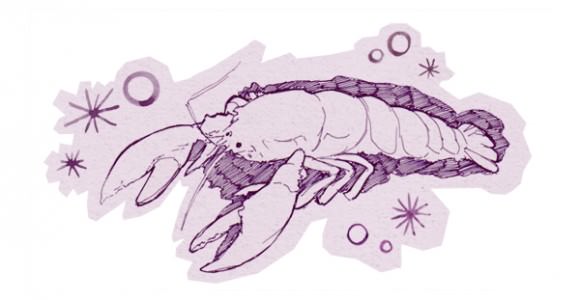 The candles on the table flickered violently, threatening to go out. Sophat had gone outside to wait for his dad, and Keely had followed, leaving Brooke and Parker alone together.

“You tried to kill me,” said Brooke. Her voice was flat and cold.

“You tried to kill me so you could get the Galambos-Danishefsky Fellowship and have Harvard all to yourself. Brooke Klebold—K.”

“You know what, you’re pathetic,” Brooke said. “It’s Harvard. It would have been big enough for both of us.”

“BUT I’M SICK OF YOU!” The volume of Parker’s voice surprised them both. He took a breath and continued: “I’m sick of sharing everything with you! Wherever I am, you’re there, one step ahead of me, one point ahead of me. Well, guess what. I’m done with you. I’d rather die than share Harvard with you.”

“Then maybe you should go die, Parker!” Brooke shouted back. “Except actually that won’t be necessary. Because I’m going to Harvard, and you’re going to prison.”

Parker shook his head. “No, no, no. No way. I didn’t kill Karl. I tried to stop it. You killed Karl. You knew it wasn’t a game. You knew you were making poison. You knew mixing prickly pear cactus and alcohol can be fatal. I’m not the only one who’s read Filliard’s Toxicology.”

“You injected the alcohol into Karl’s food. Just to screw me over.”

“Have fun trying to prove that,” Brooke said icily.

“You’re sick,” Parker spat at her. “Karl had nothing to do with this. You killed an innocent person. If you wanted to get me, you should have poisoned me, not him.”

Brooke’s mouth twitched. “But ruining your life is so much more delectable than simply ending it.”

“But…but that’s not fair!” Parker sputtered. Yes, he had tried to kill her. It would have been fair if she’d just tried to kill him back. But making him rot in prison while she lived it up at Harvard, in his rightful place? That was a fate worse than death. That was slow, cruel agony. Just imagining it made him ill. He felt like he might throw up.

Brooke speared a piece of lobster from her plate and held it up to the candlelight. “I think this is the most delicious lobster I’ve ever tasted.”

“Why are you doing this to me?” Parker asked.

Brooke chewed her food slowly and deliberately. After swallowing the bite she said, “Because you thought you could beat me. This is punishment for your arrogance. For not knowing when to surrender.”

“This is ludicrous!” said Parker. “Your plan is never going to work.”

“It was never a plan, Parker. I couldn’t possibly have planned something as perfect as this. But you know what’s better than having a plan?”

“Having a brain. And knowing how to use it when the opportunity presents itself.”

Parker felt his hands trembling. He was having trouble breathing. “I’ll…I’ll tell Sophat everything you just said. He’ll be my witness.”

Brooke smirked and shook her head pityingly. “Sophat’s on my team.”

They heard the sound of a car pulling up the long driveway. Parker didn’t know if it was Sophat’s dad or the police. Neither was good news for him.

Brooke watched him, her face placid and unreadable. She stood up straight and said, “No, Parker, tonight was your plan. Your game.” The front door banged open, and footsteps pounded towards them. Brooke broke into a smile. “And you know how much I hate games.” ♦